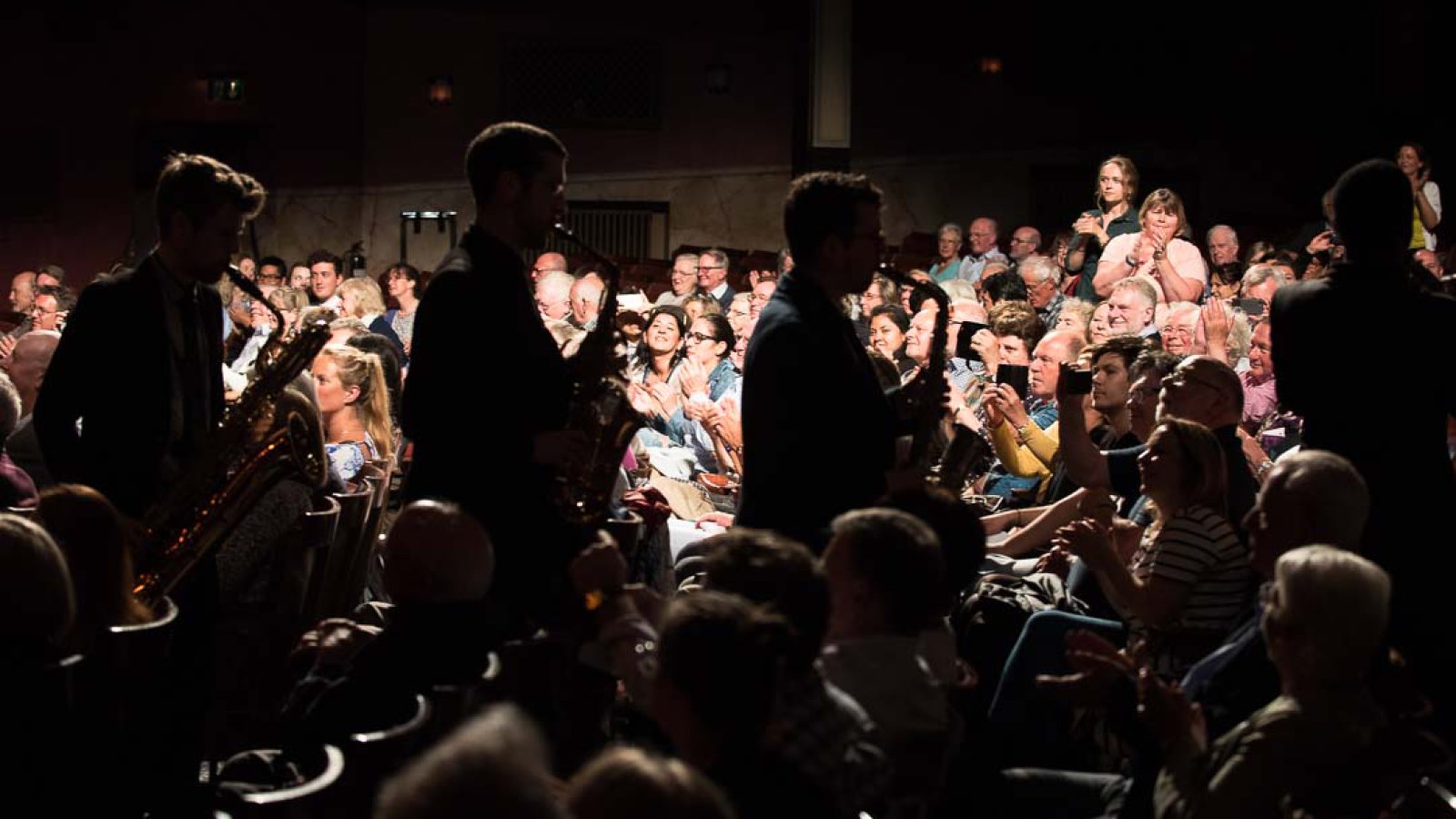 When New Orleans came to town

The centenary of what is generally regarded as the first jazz recording was widely celebrated in 2017 – not least by the Edinburgh Jazz & Blues Festival, the UK largest independent jazz festival.

In February 1917, the Original Dixieland Jass Band from New Orleans entered the New York studios of the Victor Talking Machine Company and delivered their renditions of The Dixie Jass Band One-Step and Livery Stable Blues into the gaping horn of the mechanical wax disc recording machine.

A centenary thread ran through the 2017 Edinburgh Jazz and Blues Festival programme, also featuring the multifarious jazz genres that have flourished since that double “s” became a double “z”. Highlighting the anniversary with due flamboyance, however, was a Centenary Gala Concert starring the New Orleans Classic Big Band – a score of musicians, mostly from the Crescent City, with a few Scottish jazz faces bulking up the ranks.

The ensemble, presided over by one and at times two totem-like sousaphones, was led and compered by the highly affable, Satchmo-voiced singer and trumpeter James Williams – whose earthy vintage jazz outfit the New Orleans Swamp Donkeys broke away from the big band for a brief set. Williams mainly stuck to channelling Louis, doing so with gravelly relish, and combining exuberant trumpet work with that brief, wry reproach to racism in Armstrong’s Black and Blue. Vocalist and trombonist Michael Watson gave a smooth and soulful treatment to The Lush Life, while guest trombonist and singer David L Harris came out with limber bebop vocalising as well as making the instrument itself all but talk with some eloquent mute playing during Duke Ellington’s Mood Indigo.

It was the full ensemble, however, who drew the most enthusiastic audience response, as they snapped into New Orleans marching band mode, leaving the stage to create orchestrated mayhem in the stalls – a bunch of swaggering saints on the march.