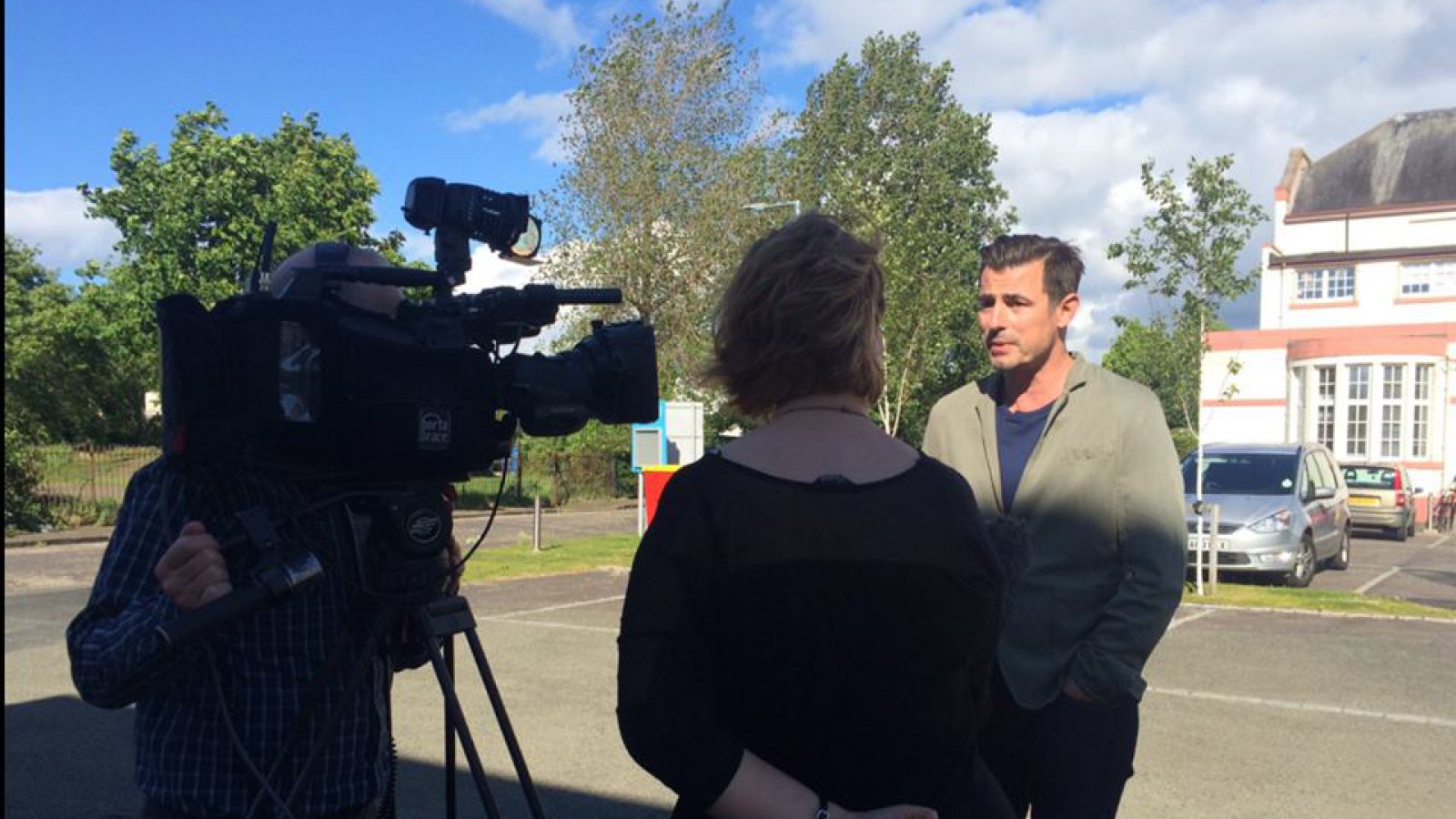 From Cannes to Craigmillar

In May 2017 Claes Bang, lead actor in that year's Festival de Cannes Palm d'Or winning film The Square, arrived fresh from the awards ceremony to perform in Craigmillar, a suburb of Edinburgh, as part of the Edinburgh International Children's Festival [pictured taking time off to talk to BBC's Pauline McLean].

Bang appeared in the solo show Evil, by Danish company Folketeatret, giving an intense and heartfelt performance in the play about a teenage boy [Erik] trying to fight off abuse and bullying. The play was aimed at chidren aged over 12, and appeared in the Wee Night Out section of the festival, a special initiative in which a group of 10-15 year old children from Craigmillar worked as young curators with Festival Director Noel Jordan. Together, they attended eight productions at the 2016 and selected two productions to be performed at their local venue (Lyra). Impressed by their choice, Jordan included these two productions into the 2017 Festival programme. One of these was Evil.

Bang graduated from the National Theatre School of Denmark and has been seen mostly in Danish TV and theatre with some local film roles.Until his performance in The Square, he was best known globally for playing the gigolo Claudio in season two of The Bridge. The play was based on Ondskan, an award-winning semi-autobiographical novel by Jan Guillou filmed as Evil in 2003. It follows Erik, who is sent to a prestigious boarding school to escape a violent father and a life of petty crime. But the school is run by a sadistic older pupils’ council and he soon becomes the target of their relentless bullying. The play saw Erik [played by Bang] attempt to stand up for himself and his roommate. In the process, he learns to find his own strength and discovers the importance of friendship and, most importantly, resilience.

Following the Palme d’Or announcement, Festival Director Noel Jordan said: “Claes’ performance in Evil is absolutely compelling. He holds the audience in the palm of his hand and you can barely hear a pin drop during his 65 minutes monologue. It is no wonder he has been recognised for his performance in The Square"