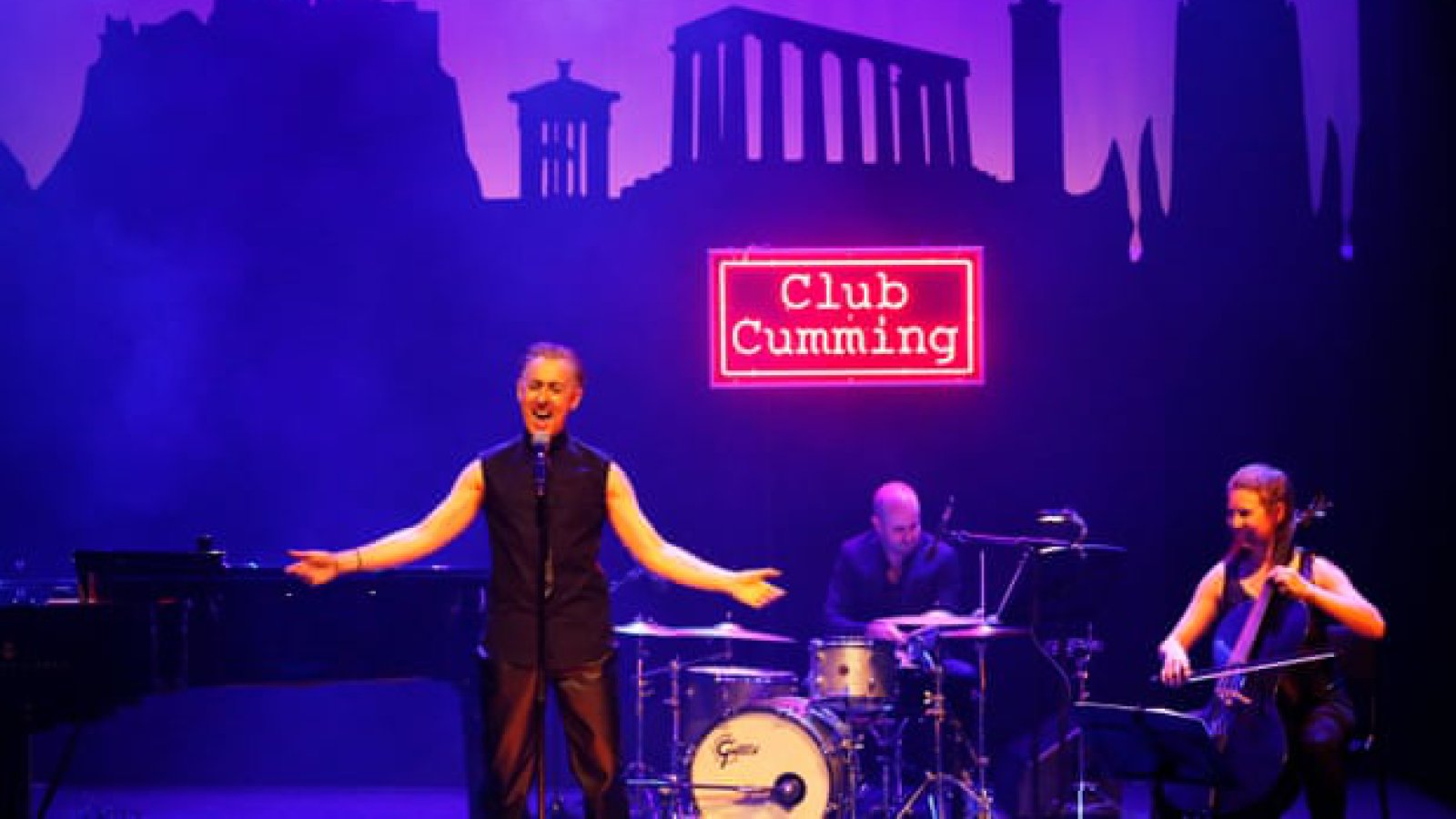 Last time the star performed in Edinburgh, in 2007, he played Dionysus in The Bacchae. Now hedonism was on the menu once again as he took over the festival’s main-base for a late-night 90-minute mix of favourite songs and gossipy anecdotage, first presented in Manhattan in 2015.

He was accompanied by a fine three-piece band in a set that developed out of after-show sessions in his dressing room during his Broadway run in Cabaret. Yes, he was performing, just as he was acting when he played Eli Gold in The Good Wife. But despite Cumming’s showmanship, it was a performance that felt unaffectedly honest – not least in the choice of songs, many of which fell into the guilty pleasure category. He began with Miley’s Cyrus’s The Climb, worked in a genuinely affecting rendition of Adele’s Someone Like You and played to the crowd with Mother Glasgow. He’d taken his judgment hat off and urged everyone to do the same.

Above all, there were songs in a heart-felt key: among them Billy Joel’s Goodnight Saigon, dedicated to a combat-traumatised grand-father, and Rufus Wainwright’s ballad about father-son estrangement Dinner at Eight which cuts so deep it left him dabbing his eyes, head firmly bowed. No performance that – more a public reckoning with his demons (Cumming’s tormented relationship with his dad was explored in his memoir, Not My Father’s Son).