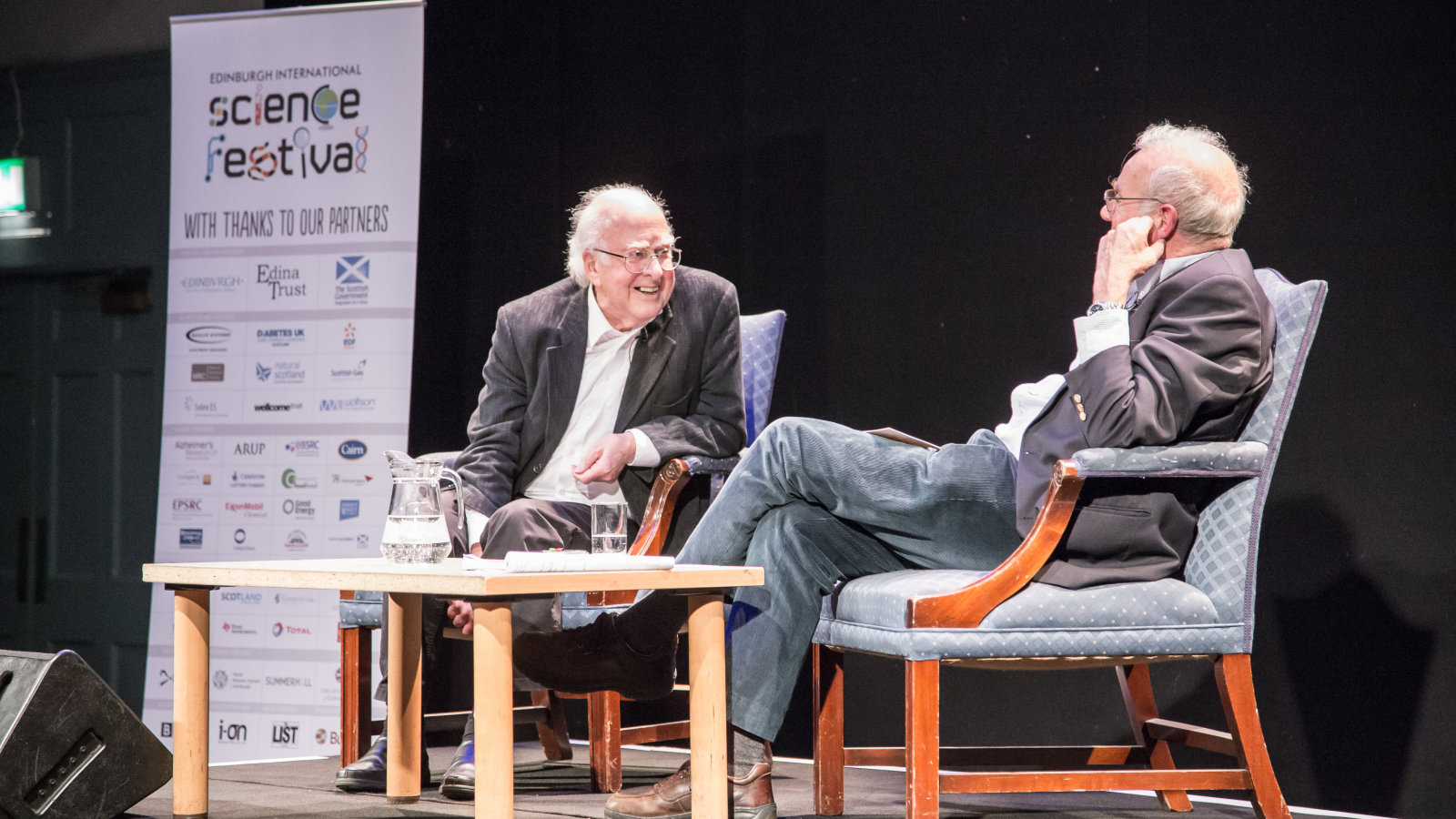 In March 2013, Professor Peter Higgs and CERN were awarded the prestigious Edinburgh Medal at the Edinburgh International Science Festival, a few months before Professor Higgs was awarded the Nobel Prize in Physics.

For the first time in its 25 year history, the prestigious Edinburgh Medal was awarded, at a ceremony in Edinburgh’s Signet Library, jointly to an inspirational and world renowned scientist, Edinburgh’s own Professor Peter Higgs, and to the world-class organisation, CERN, in celebration of the spirit of collaboration in modern scientific endeavour.

In 2012 the world awoke to the news that CERN’s Large Hadron Collider had detected the existence of an elusive, sub atomic particle consistent with the long-sought Higgs boson.  Professor Peter Higgs, the Edinburgh scientist, was one of the first to suggest the existence of the particle that now bears his name.  Since it was first proposed in 1964, the search for confirmation of the particle had been the collaborative work of countless scientists and in acknowledgement of the fact that science is a collective endeavour and in celebration of the spirit of collaboration, the Edinburgh Medal was awarded to both Professor Higgs and CERN, the world class organisation who led the quest.

The Edinburgh Medal is a prestigious award given each year to men and women of science and technology whose professional achievements are judged to have made a significant contribution to the understanding and well-being of humanity.  The Medal, awarded at the Edinburgh International Science Festival, is supported by the City of Edinburgh Council.