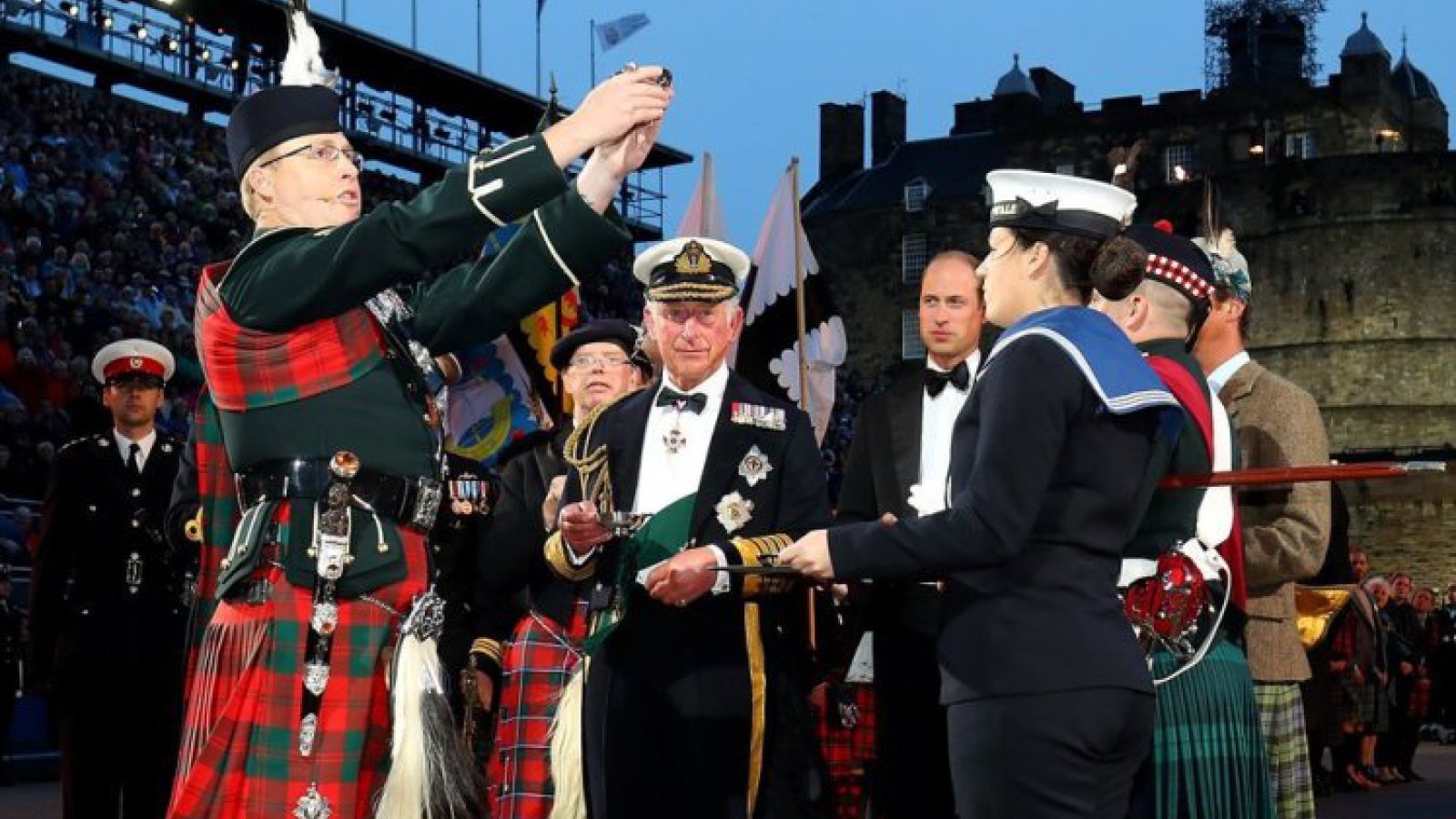 Every year the Royal Military Edinburgh Tattoo entertains some special guests to its iconic show in front of Edinburgh Castle, but 2017 was an especially big year.

The Prince of Wales and the Prince William attended the Tattoo together for the first time. A cast of more than 1,200 people from across the globe performed at Edinburgh Castle in front of the royal duo. The line-up included more than 250 pipers and drummers, five UK military bands and the event's first Japanese act, as well as major contingents from France, India and the United States.

Charles is known as the Duke of Rothesay in Scotland, and it was the Rothesay flag that flew above the castle once they had arrived. The Prince, wearing a Royal Navy Admiral uniform, was at the Tattoo as guest of honour, accompanied by William, who takes the title the Earl of Strathearn when north of the border. In front of the sellout show, the royal duo joined a toast to good health, given in Gaelic, with a dram of 10-year-old Glenkinchie whisky, which comes from the nearest distillery to Edinburgh.

That year's event recognised 2017 as being the Year of the Royal Navy and came ahead of the official naming of the aircraft carrier HMS Prince of Wales later that year. It also marked Scotland's Year of History, Heritage and Archaeology with a second "Splash of Tartan" theme.