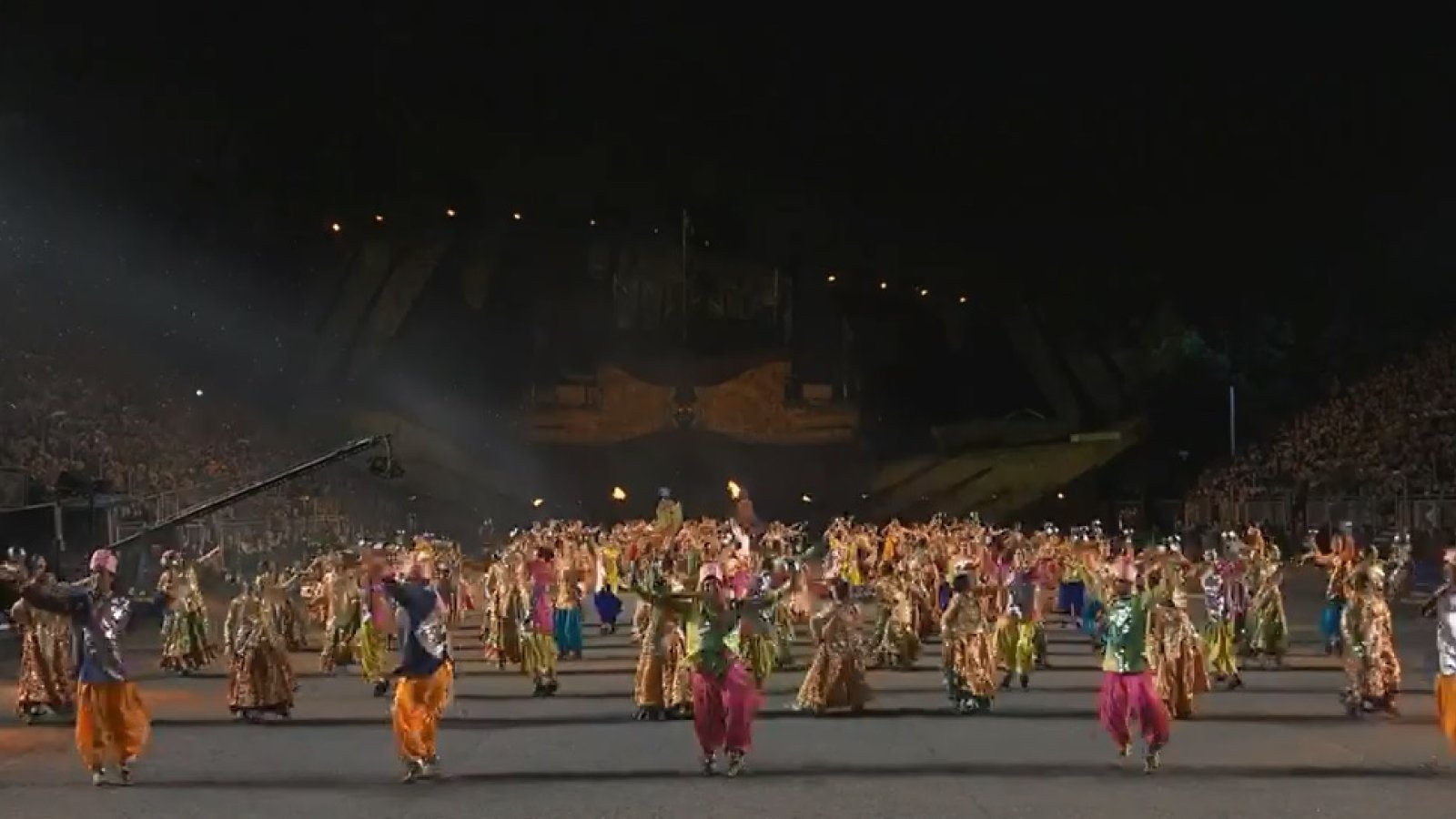 In 2015 a huge cast of performers from around the world delivered the Royal Edinburgh Military Tattoo’s theme East meets West with the highlight being the India contribution of A Bollywood Love Story, likened to the dazzling Slumdog Millionaire finale.

Against the dramatic flood-lit backdrop of Edinburgh Castle, the dancers poured out. There were bangle sellers and balloon sellers, women in bright Rajasthani skirts and men in turbans, all jiving to the thumping beat of Bollywood soundtracks and transforming the Castle esplanade into an Indian mela. Bollywood had come to Edinburgh and everyone was dancing.

“Brigadier David Allfrey, the chief executive and producer of the Tattoo, has always been keen on showcasing India,” said Bollywood Love Story’s director, Sanjoy Roy, whose New Delhi company Teamwork Arts has been connecting Indian artists with the Edinburgh Festivals for 15 years. “Introducing Bollywood was really pushing the boundaries in a military parade,” Roy says. The original plan was to have a dance sequence but “since we Indians are great storytellers, we suggested to him a musical story instead,” said Roy.

And so Bollywood Love Story was developed for the 220,000-strong audience that saw it over 25 days in Edinburgh. "This was almost 18 months in planning: the response has been phenomenal” continued Roy. “For the first time the Tattoo linked up with the Edinburgh Mela. We were working with the local community as well as international performers."

Instead of flying in the entire team from India, Roy took a core team of 13 and chose 40 dancers from Edinburgh, who joined the rehearsals a week before the Tattoo began. In addition, 64 Highland dancers from several countries, who were already performing at the Tattoo, were also invited to take part. “The show became a multicultural presentation, representing contemporary India, and a much more meaningful exchange for us,” Roy said. The English dialogue and shorter duration made the show more palatable than a Hindi film for its international audience – but the immaculate fight sequences, fantastic music and romance kept the magic of Bollywood alive.

The 5-minute version was really about the boy and girl finding each other, getting married and running off into the sunset. The longer version was performed at the Edinburgh Mela later in the moneth of August and introduced more drama and conflict, as the girl’s father kidnaps the boy and beats him up in an attempt to force him to stay away from his daughter. But just as it would happen in Bollywood, love conquers all and the two got married amid a lot of pomp and ceremony.