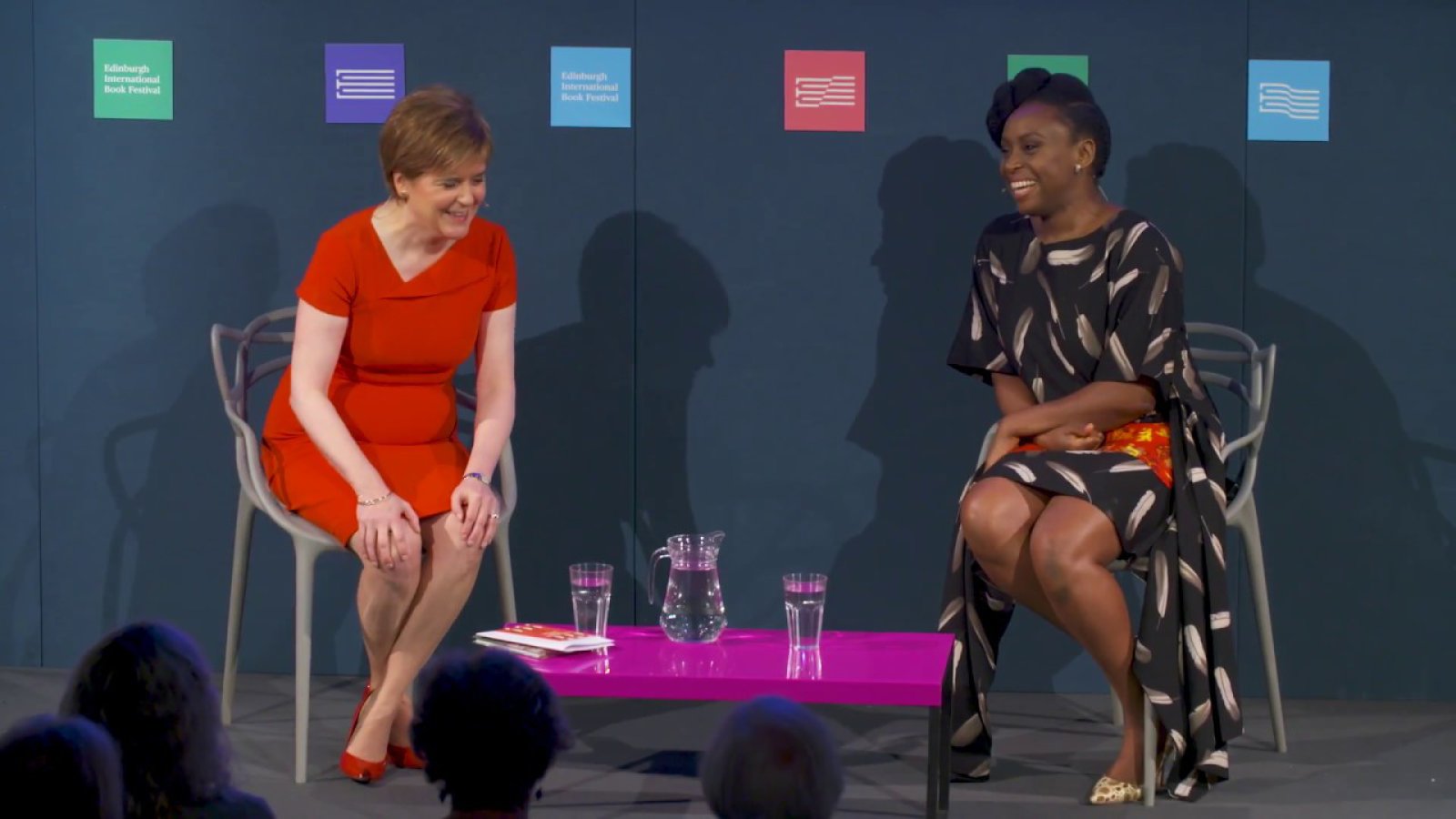 In an era of great political upheaval, the Edinburgh International Book Festival aims to bring writers and thinkers together for extraordinary discussions and debates - which is what happened when Nigerian writer Chimamanda Ngozi Adichie and Scotland's First Minister Nicola Sturgeon took to the stage in August 2017 to discuss equality in the 21st century.

“We are, I think it’s fair to say, feminists”, Nicola Sturgeon said as she introduced Chimamanda Ngozi Adichie, kicking off an inspiring, insightful hour covering topics from politics, to race, to shoes, to censorship and to the difficulties of navigating the world as a woman.

Sturgeon discussed Adichie’s two non-fiction essay collections first, We Should All Be Feminists (2014) and Dear Ijeawele, or A Feminist Manifesto in Fifteen Suggestions (2017). In their discussion of gender equality, the Nigerian novelist said that, for her, feminism is not about theory but practice and action. “I’m a feminist because I watch the world. Being a feminist isn’t about having a theory, it’s about changing the world.” She went on to say that one of the most important aims for feminists should be to remodel masculinity: “we should praise men who show vulnerability, who are in touch with their emotions – if masculinity could be redefined in that way, maybe some of the things happening in the world wouldn’t be happening anymore.” But she also stated that she was not a great believer in any sisterhood: “We need to talk about this idea that women are somehow morally better than men. They are not. They are normal. They are ordinary. This notion that they are morally better just means they are judged more harshly in everything they do.”

Sturgeon touched on Adichie’s Bailey’s prize winning Half of a Yellow Sun (2006) and cited Americanah (2013) as one of her favourite books. Adichie spoke on the themes of the book, particularly race in America. Similarly to the protagonist of Americanah, Ifemelu, Adichie confessed that she didn’t feel black until she moved to the States, where she grew to appreciate the nuances of race and the history of oppression that was tied into American society. “For my first year in the US, I didn’t want to be black. If being black in America were benign, I wouldn’t have had that reaction. American history is so steeped in racism – in some sense, Trump is a reaction to Obama.”

The event turned to questions and the topics concerned feminism, politics and race. Adichie gave the following advice to an eleven year old writer – “Writing is both an inspiration and a craft. You need to keep at it and keep reading.” When asked about mental health in Nigeria and why she felt it was important to include characters who experience depression in her own fiction, Adichie spoke of her own experiences with mental health and said “For many creative people depression is part of life. Asking for help doesn’t make you weak, it’s a sign of strength.”

Both women were equally honoured to be in discussion with one another, with Adichie describing herself as a Sturgeon fan-girl. As one reviewer, Charlotte Brady in The Fountain, noted: "Adichie and Sturgeons rapport, candidness and intelligence made this an incredible event, only made better by some thoughtful questions from the audience.".