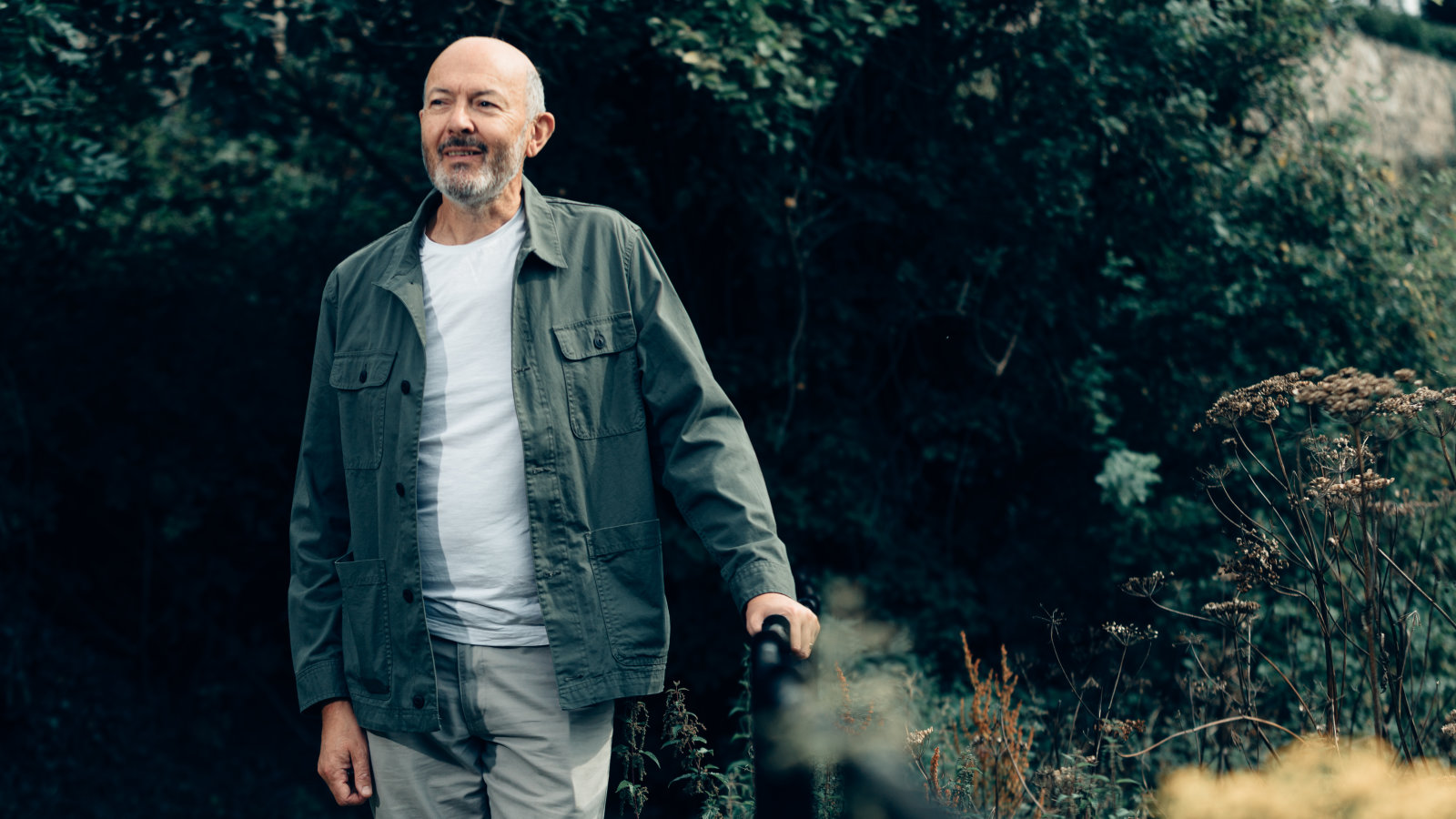 I’ve been a Festival Volunteer for the Edinburgh Art Festival from 2016 to 2019. Back in 2021 hopefully! I help open up the Art Festival’s commissions in the morning, meet and greet the public, answer their queries, point them in the direction of other works and, to a minor degree, protect the art from visitors.

I also assist with walking tours, shepherding people around the city – no mean feat considering the streets in August! We’ve not lost anyone yet.

I also pitch in and help with anything else that needed doing – handing out questionnaires, serving drinks at receptions, helping with Art Late (a series of specially programmed late openings and events, taking in live music, performances, artist talks and tours). There’s been some washing up on at least one occasion too.

What do you enjoy most about working for the festivals?
The variety of people that you meet. Like every bit of the festivals, the other volunteers, the artists, the visitors, the permanent team who put it together – all great people. They’ve really broadened my perspectives of art, helped me ask myself what I like and why I like it. My working background was nothing to do with the arts. I retired in 2016 and was looking for something to do – I happened upon the Art Festival.

I also got to discover some of the city’s hidden gem art galleries – the Dovecot Studios at Infirmary St, the Talbot Rice Gallery, which is part of The University of Edinburgh, and Jupiter Artland in West Lothian. It’s an open-air gallery with some really fascinating stuff. It’s so much fun in itself. I discovered it while helping with a coach load of visitors out there for an after-hours event – just our group wandering around – it’s just a really nice atmosphere.

What is your favourite festival memory?
I couldn’t pick a favourite artwork,

but I’ve had some pretty surreal experiences – being in charge of a large inflatable political dragon in a rebuilt medieval church is probably up there!

It was one of the commissioned works from 2017, the artists had created this huge dragon of profit and private ownership. It was slayed as part of a performance on the High St. It had to be inflated every morning and turned off at night – a very sad sight as it collapsed to the floor each evening.

I used to go to a few Fringe shows each year but working for the Art Festival has got me beyond that – each year I approach the Festival determined to push myself beyond the safe choices.

That’s the biggest piece of advice I can give – try and look beyond the stand-up and look for something that adds to your experience and maybe challenges you a wee bit – it’s definitely out there. Stand-up’s a big part but there’s so much more.

What makes you proud to be a Festival City citizen?
There’s certainly a big Festivals-sized hole in August. Each year I take my camera to the commissions of the Art Festival and snap away – my photos are all backed up – when I look at them they bring back such memories – the fact that it’s not happening this year just adds to the strangeness of 2020.

Everyone’s swaying between pessimism and optimism. I’m not particularly optimistic this week that the next few months will see the end of it, what with the news of Aberdeen and other countries returning to lockdown.

Next year there might be ‘a’ festival but it might not necessarily look the same. I do think it’s an opportunity to look at how the huge spike in tourism in August affects Edinburgh and how we smooth that spike, or scale it back – but the Fringe is about open access and opportunity and it would be a shame to lose that. I think we can still have a festival that’s exciting and entertaining and challenging which doesn’t have to take over the city at the exclusion of everything else.