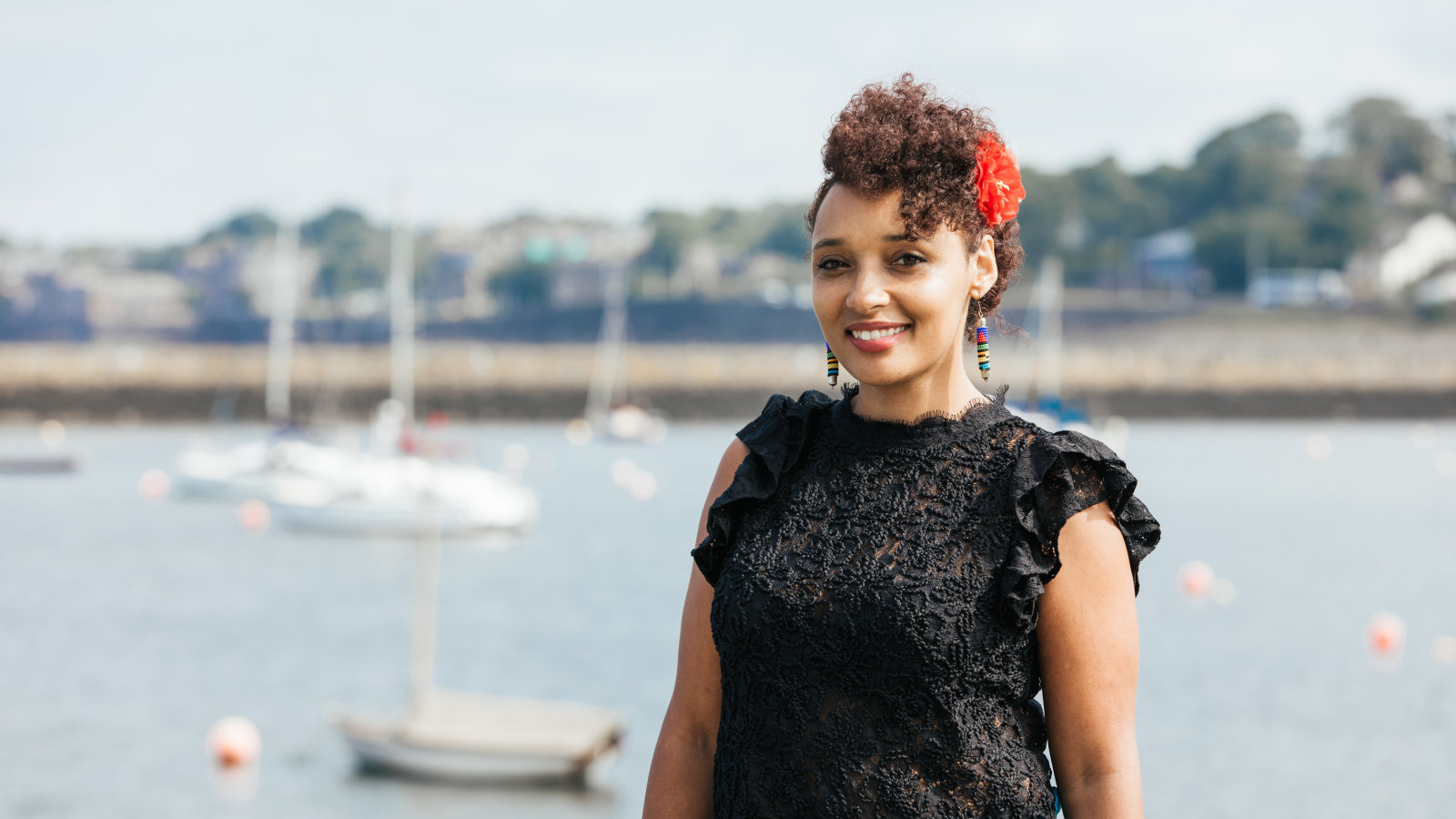 I’ve worked in different roles for a few of the Festivals. I’m primarily a performance storyteller and have created and performed shows for the Fringe Festival and the Art Festival. I’ve also done some work with the Book Festival, celebrating our oral literature, and I’ve delivered some of the International Festival’s community programmes. I’ve also done some work outwith the Festivals for the Fringe Society, providing workshops for participants and run some tours for international delegates, exploring how the city of Edinburgh makes all this magic work.

What do you enjoy most about working for the festivals?
Every year there’s always this amazing buzz. I think it’s the people who make it worthwhile. They can be random strangers, artists whose works you want to see, people you want to come and see yours, but especially it’s the people you work with – because it’s exhausting, frustrating, the outcome might be different to how you want it, but it’s never dull and the conversations always make it worth it – plus hopefully there’ll be some free wine!

What is your favourite festival memory?
There are two. The first one was a Fringe show in 2005, Children of the Sea in the Botanic Gardens. The director Toby Gough had taken these stories from young Sri Lankan survivors of the tsunami and woven them together with Shakespeare’s Pericles, which is a play exploring the power of the sea. It demonstrated the hope and resilience of these amazing people. Because it was outdoor theatre it was always challenging, you’d be running through the Botanic Gardens lighting fires, hiding in bushes and trying to make the technology work despite the Scottish rain. There was a freedom then that was utterly exhilarating – the show probably couldn’t happen in the same now.

The second memory is one of my own shows, Nzinga Warrior Queen, about five years ago. I had written the piece but was pregnant at the time, so had always had the intention that someone else would perform it. Two weeks before we were due to open, the performer developed sciatica and couldn’t perform. I’d spent so much time, money and effort on the show, and it was too short notice to find someone else to perform, so I had to take on the role myself.

I was playing a warrior princess at eight and half months pregnant. It was quite a physical show – all I could think was ‘please don’t give birth on stage!’ I might have got good ratings if I had. Thankfully, I made it to the end of August and gave birth a week later.

I really love that every August the world comes to our doorstep and we have some of the most gifted performers, thinkers, writers, creatives, all right here with us.

I think Edinburgh is far more than a Festival, it has this incredible wealth of history and pride in itself and its people, this ancient beauty, this unshakeable feeling of possibility, anything can happen – I’ve seen extraordinary acts of kindness, had conversations with people from all over the world whose work I admire, I’ve been invited to share my work over four continents as a result of performing here. People pay thousands of pounds to come here, so for those of us who live here we’re really fortunate to have this amazing thing. I’m really proud to share our culture and our experience with the people who come here.