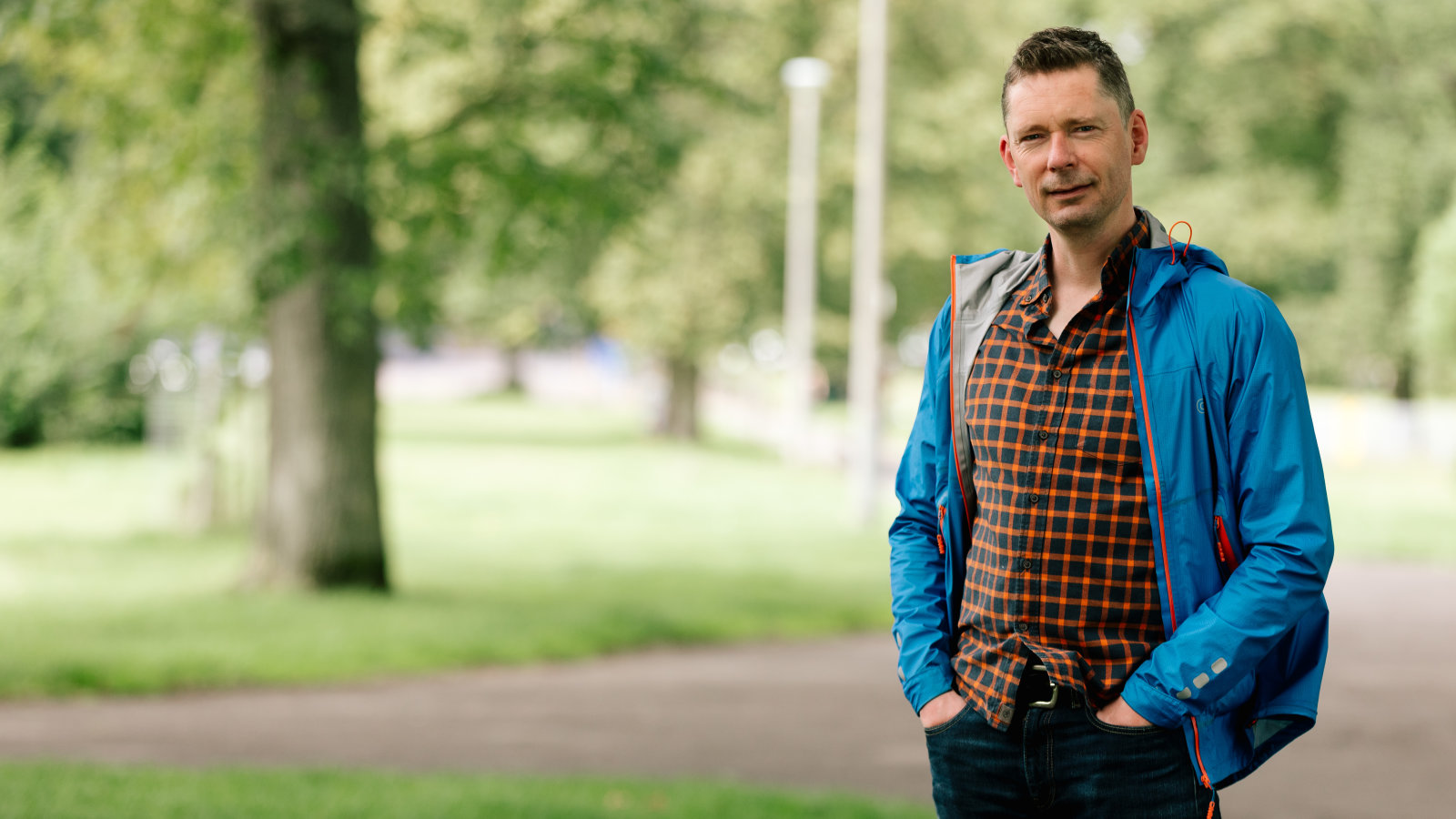 Head of Lighting at National Theatre of Scotland

I’m the Head of Lighting for the National Theatre of Scotland – my primary responsibility is putting the team together for the shows, recruiting the right freelancer staff, working with the designer and director, find the bits of kit we need, and supporting the staff on the ground to get the job done.

I’ve worked in active technical theatre approaching thirty years, and in that time I’ve been in several areas, lighting, sound and video. I’ve worked at the Traverse, the Lyceum and lots of other smaller venues.

At NTS we do both EIF and the Fringe. Usually it’s one Festival show, one Fringe show and then maybe another one. We should have Medea at The Hub for the International Festival and another piece at the Fringe – just two this year, often we have three or four.

What do you enjoy most about working for the festivals?
I’ve always loved the festivals. Honestly, it’s just such an incredible thing. I did the wee venues when I was younger, working at the box office, the whole city feeling so vibrant.

It really hit home when I went to the Traverse and cemented at the Lyceum, this gathering of international companies from all over the world. The sheer level of collaboration of creatives that come to this one place, at one time of the year. Thousands of cultural workers all working together. There’s such an energy, you get to help with these amazing projects, we’re all here trying to produce work for these audiences.

Other places have festivals of course, but the sheer scale here – I genuinely think it’s a modern wonder of the world. If it didn’t exist here it wouldn’t be anywhere. It’s incredible.

What is your favourite festival memory?
I’ve thought about this one! I couldn’t choose just one show, I think that’s part of the attraction. I love the coming together of all these people culturally – it’s massive, it’s like the Olympics or the World Cup, the same sort of scale. You’re surrounded by it, it’s all over the place. You can walk into the Traverse bar and sit next to famous directors, musicians and actors. At the end of all the activity of the four-plus weeks we’d have an end-of-season party – huge monstrous parties! Everyone gets to relax finally. The sense of community, all these new people who’ve become your friends – we’d have massive limbo competitions! And a big end of festivals poker game – forty-odd folk in a rehearsal room, all from the same background, playing poker.

What makes you proud to be a Festival City citizen?
I’m really so proud of this massive, inclusive, event – it’s such a rare thing. If it didn’t exist it would be impossible to create from scratch, it’s had to grow organically. The number of people who come is immense – but it’s totally inclusive. With organised sport it’s always a competition, but here’s it’s not about who’s the best.

It’s purely inclusive, it’s a place for people to tell their stories, with the whole city turned over to that pursuit.

That’s a really remarkable thing to have, a remarkable state of being. To happen in Edinburgh too, the city of Scottish Enlightenment, it all happened here in this city, and the festivals are hugely connected to that style of thought, sharing and exploring of ideas. I love that it’s not dogmatic, it’s this huge open melting pot of ideas and experiences unlike anywhere else.