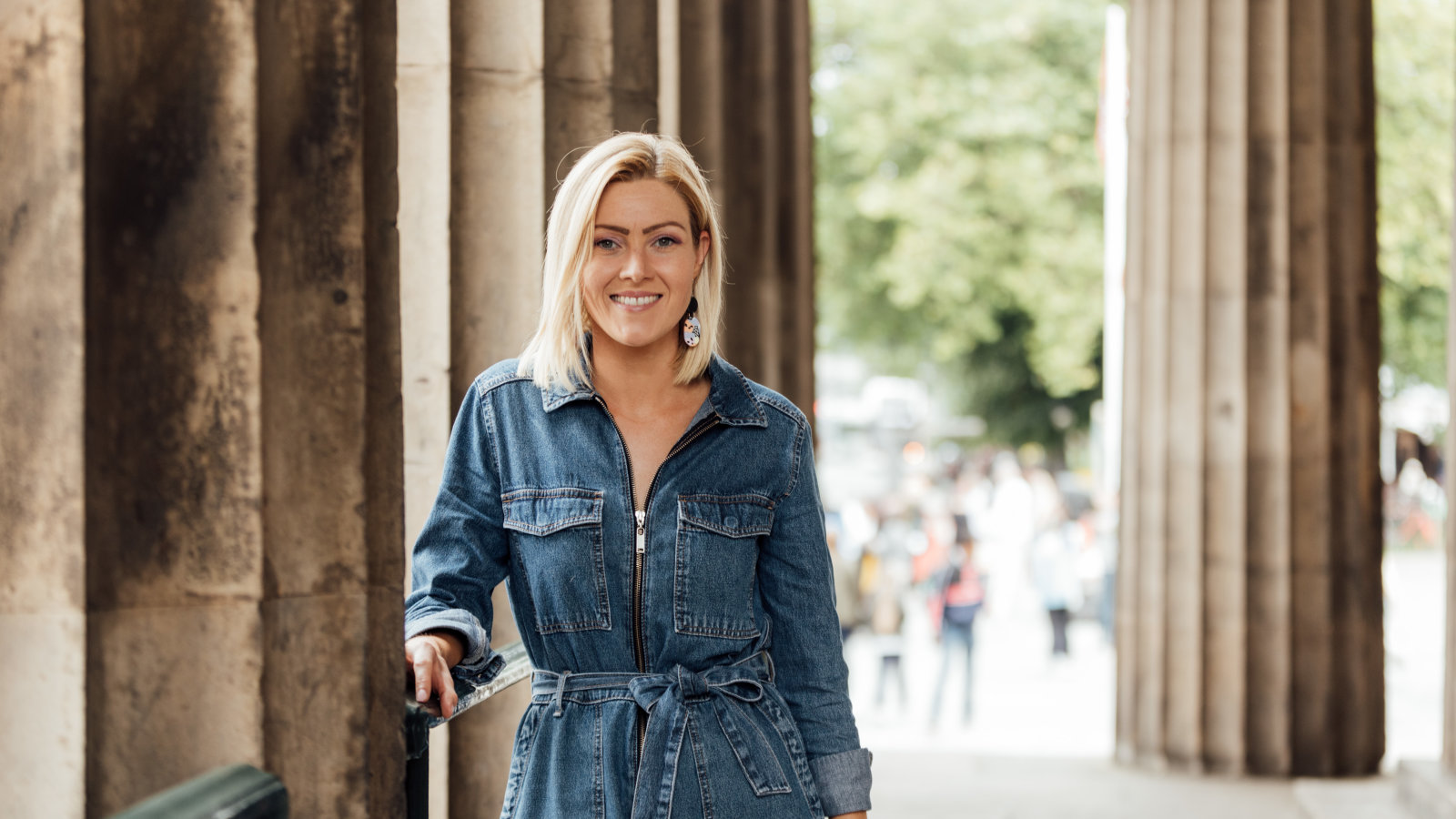 I’m the Deputy Wardrobe Mistress for Scottish Opera. My job is behind the scenes, helping with the running of the shows and organising the costumes, from rehearsals up to the last performance. That means cleaning the costumes, helping with quick changes and taking the shows out on tour. It’s an amazing process to be a part of. There’s so much going on behind the scenes. You get to work with so many talented people, the designers, seamstresses, costume cutters and technical crew as well as the singers. It takes a lot of people to create what you see onstage. This year I’ve been involved in the My Light Shines On project, showcasing The Telephone, a short comic opera we’ve filmed for audiences. It’s a wee taster of opera, sung in English – all based around the mobile phone – very fitting for lockdown, where everyone’s been on their phones constantly! It’s like a mini soap opera with a big public marriage proposal attempt, all in twenty-five minutes. There’s only two singers and one actor – we’ve had to take into account all the new safety regulations and were all wearing masks and visors with one-way systems backstage. A lot of effort and care was put into making sure people were properly looked after.

What do you enjoy most about working for the festivals?
I’ve worked on a few International Festival shows for Scottish Opera – Greek in 2017 at the Festival Theatre and Breaking the Waves at the King’s Theatre last year. We later got to take them to New York and Adelaide respectively. We only just made it back from Australia before lockdown came into place.

The shows we get to do at the International Festival are a bit edgier than your standard opera, with multiple quick changes, complex set changes – it all keeps you on your toes. It’s great to be involved in these new pieces, as every show is different and you’re always learning new skills.

People don’t realise how much goes on behind the scenes. It’s like a swan - all the crew and the technical team are the hidden legs paddling constantly under the water, while the swan glides along the surface.

What is your favourite festival memory?
I think working on Greek – the set was a giant wall and every few seconds you’d be running on to help with a quick change. You’d be full of adrenaline, as you didn’t want to be seen by the audience and ruin the experience. We practised it so many times, it almost becomes like a military operation.

What makes you proud to be a Festival City citizen?
I love being part of it and meeting such interesting new people. Theatre and the arts are a release for everyone, it’s time out from your job or stresses, it’s an escape and in this current situation that’s more important than ever. The cancellation is very hard on all the freelancers who make it all happen.

During the festivals the city comes to life – every time you go out you discover new places, other venues that have opened up. It makes you appreciate the city you live in – it’s amazing people travel thousands of miles to come here.

You overhear tourists on the bus saying, ‘look at that building ’and it makes you realise – oh yeah that’s really impressive!