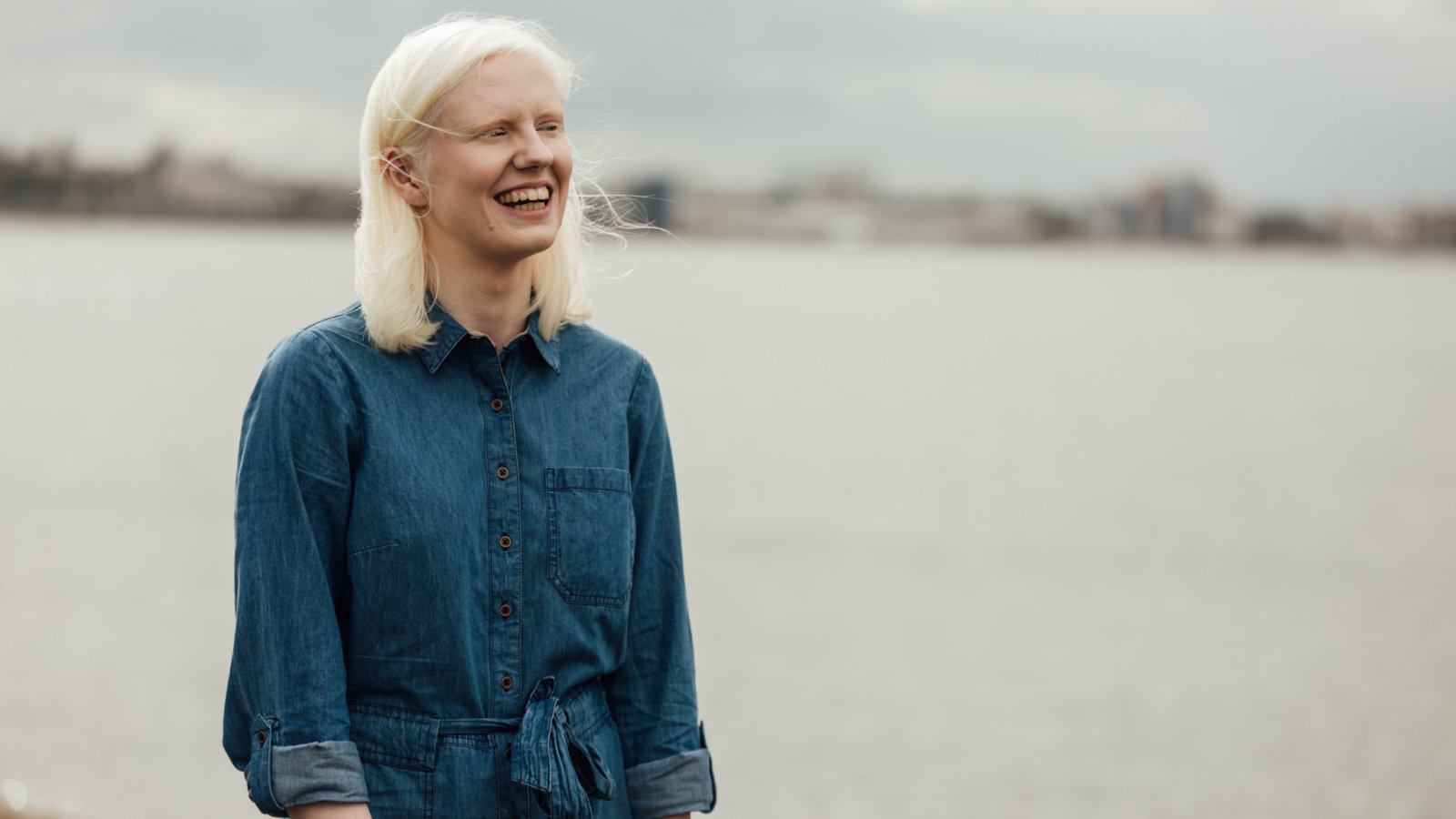 I’m a poet and theatre maker. I’ve performed at the Fringe in some capacity for the last four festivals since 2016. Since 2017 I’ve performed as part of a spoken word theatre company called In the Works. This year I was due to be performing my debut solo show. I’m an Edinburgh resident too so I’ve been coming for a while since I was very young, three or four years old. I remember going to the Princes Street Cavalcade and what used to be Fringe Sunday at the Meadows, where there were snippets of different activities, music and theatre.

What do you enjoy most about working for the festivals?
The people are the main part – the different characters you meet – you get to see the same people each year, quite often in exactly the same places. I like that I get to represent the Scottish contingent of performers.

Artists support, promote and help each other through what can be a challenging time. I’m learning to relish the unpredictability of it all.

It can be really stressful at times but it’s quite thrilling not knowing how many people will be arriving at each performance.

And having the chance to be in the thick of something that really shaped my childhood in Edinburgh – the Festivals always seemed so magical to me. I count myself lucky I’ve found a way to be involved.

What is your favourite festival memory?
Two memories stand out. One, as a performer in 2018, with In the Works, we’d just written a brand-new show called The 900 Club – we hadn’t shown it to anybody ahead of the Festival. It’s always daunting to bring a new show anywhere but to take it straight to the festival is scary. We were a few nights into the run, the biggest audience yet came in and they reacted to it in every way we’d could have hoped. Since then I’ve held on to the feeling of that night, I remember this sensation of relaxing out of my nerves – thinking that this will be okay, just enjoy what happens. I’m so bad at getting caught up in the logistics, the flyering, the admin of a show. I remember that night so distinctly because it was a reminder that the time on stage is the most important thing and you do have to find your way to enjoy it.

As an audience member my fondest memory was seeing Seamus Heaney read at the Book Festival. I was maybe thirteen or fourteen and I was just starting to discover poetry for myself, largely prompted by a Heaney poem I’d read at school. Hearing him read was quite formative – the way he held the room, this very quiet presence – the way he read the work gave such a weight to it. Poetry became a more tangible thing for me after that. He was no longer just a name in a book, he was a real person – real life poetry is something normal people could do.

What makes you proud to be a Festival City citizen?
I’m proud to be from a place that values the arts. I think that’s incredibly and increasingly important. The fact that the arts are valued so much that the city allows the sector to dominate for a month is really quite a special thing.

Normally everything builds up to August, Edinburgh runs on an alternative calendar, and August is the climax to everything. The fact that we’re without it this year is really strange feeling, there’s a flatness to it. I hope that if anything can be taken from this pandemic it can remind those involved of the responsibility that putting on such a large festival brings – keeping it accessible in all aspects, for performers and audiences, local audiences especially. The festivals have changed so much from when I was younger – hopefully when everything is back and they can run again it won’t go back to exactly how it was before – local people will feel like it’s for them, artists from marginalized groups will feel like it’s for them. At the very least it gives us time to think about all those things.