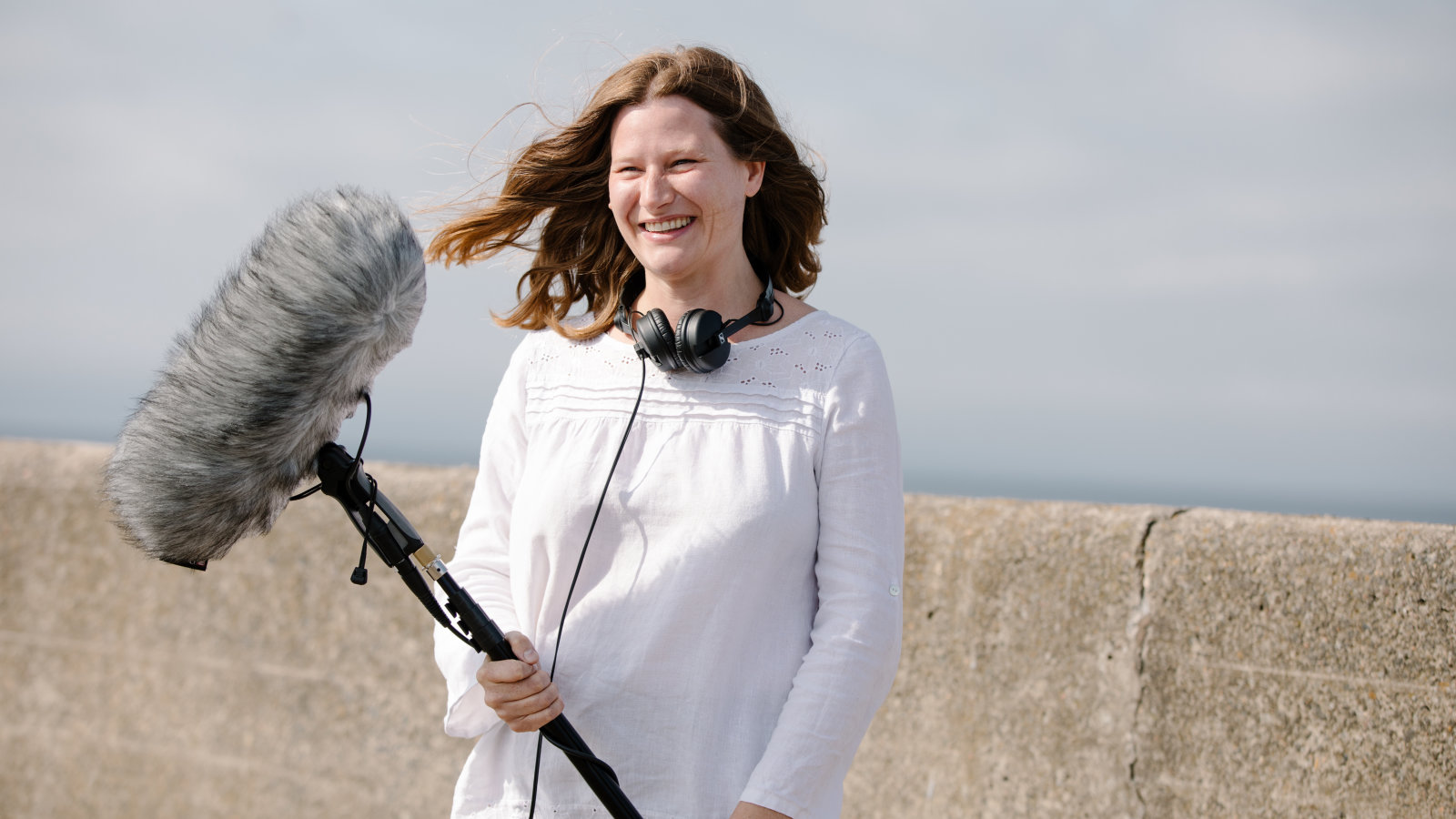 Community Writer in Residence, as part of The Citizen Project, at Edinburgh International Book Festival.

I’m the Community Writer in Residence for the Edinburgh International Book Festival’s programme ‘Citizen’. I’m working face to face with local people and we move to different locations. This year I am in Musselburgh and North Edinburgh. My job is to encourage people to get involved in the Book Festival in lots of different ways and share stories of their own. It might be through writing, photographs, drawing, singing, all different kinds of mediums.

We also develop themes for the August festival in conversation with local communities, so people can have a say in the topics covered and which writers appear. My work goes on all year round, not just in August.

We’re also trying to increase the number of events that happen outside the city centre. I’ve been working a lot with North Edinburgh Arts. They have a great venue there, a really amazing theatre space. We’re trying to draw new audiences in and expand the Festival events elsewhere, in other places throughout the city, not just in Charlotte Square.

I started in November 2018, nearly two years now. The best part is that the Festival is happy for me and the community participants to experiment with lots of different ideas. We’ve played around with sound, and done crazy things like putting temporary tattoos on stones to develop a story book, we’ve walked round empty factories, and we’ve invented stories out of objects we’ve found in local charity shops – there’s a real flexibility and open mindedness. That has also really helped this year when things didn’t turn out as expected. We’ve had to think on our feet a lot, and we’ve managed to keep projects going despite everything, which is really good.

What is your favourite festival memory?
The best times have been since I’ve been working at the Festival, just being part of it. I love voices, I’ve always been fascinated by how we communicate, not just with words but with sounds or no sound at all, just silence. Not long before I started, I became interested in making my own sound pieces and recording voices. This year and last, we did a lot of sound recording, often just bits of conversation, nothing written beforehand.

There’s something really powerful and moving about people telling their stories and talking about their lives, hearing their actual voices. It makes a real connection.

Quite often I’ve been recording and people laugh when I say how much I like their voice! Peoples’ voices are so full of character and history – and they don’t even realise it. They laugh and think it’s a bit silly when I compliment them. We put on a live event last May at North Edinburgh Arts, lots of participants could come and sit in a darkened theatre space and listen to their own voices, feeling the response of the audience around them. This particular event was a collaborative soundpiece with artist Chris Dooks. You could hear a pin drop, but there was also laughter and empathy. It created a lot of conversation, and it’s also nice that we have a lasting record, a snapshot of the community at that time.

What makes you proud to be a Festival City citizen?
I’ve been in Edinburgh a good few years.

I feel really lucky to live in such a vibrant city and have access to all the festivals. When I’m not working, I’m often at the festivals with my two kids. My daughter is a wheelchair user and the access is incredible, she’s been really well cared for.

I’m aware of those who can’t see much or even attend any of the events in their own city. I’ve been talking to people this week, recording in their gardens, and it’s come up a few times, that this year the Book Festival will be more accessible than ever, not just to those overseas but within Edinburgh itself, in the local area.

For instance, some of the participants I’m working with at the moment have chronic lung conditions and are shielding. We talked about the fact the Festivals going online, and what that means for people who might not be able to travel, people who are housebound, or have no childcare, or they are carers, or can’t afford tickets. Some people may have seen the festival from the outside, and always wondered what goes on in August in Charlotte Square – they’re curious but they’ve never gone in before. The digital events allow new people to explore what the festival is about.

I’ve rarely had a chance to see the adult side of the programme because it can be hard for me and my husband to find childcare. But this year I’ve earmarked about ten things to make time to watch – it’s really exciting to see things I normally wouldn’t. This doesn’t replace the face to face work, of course, the community work, but the kind of adaptations we’ve been making to go digital are definitely an opportunity. They allow us to envision what festivals in the future can be and encourage us to think who they’re for.