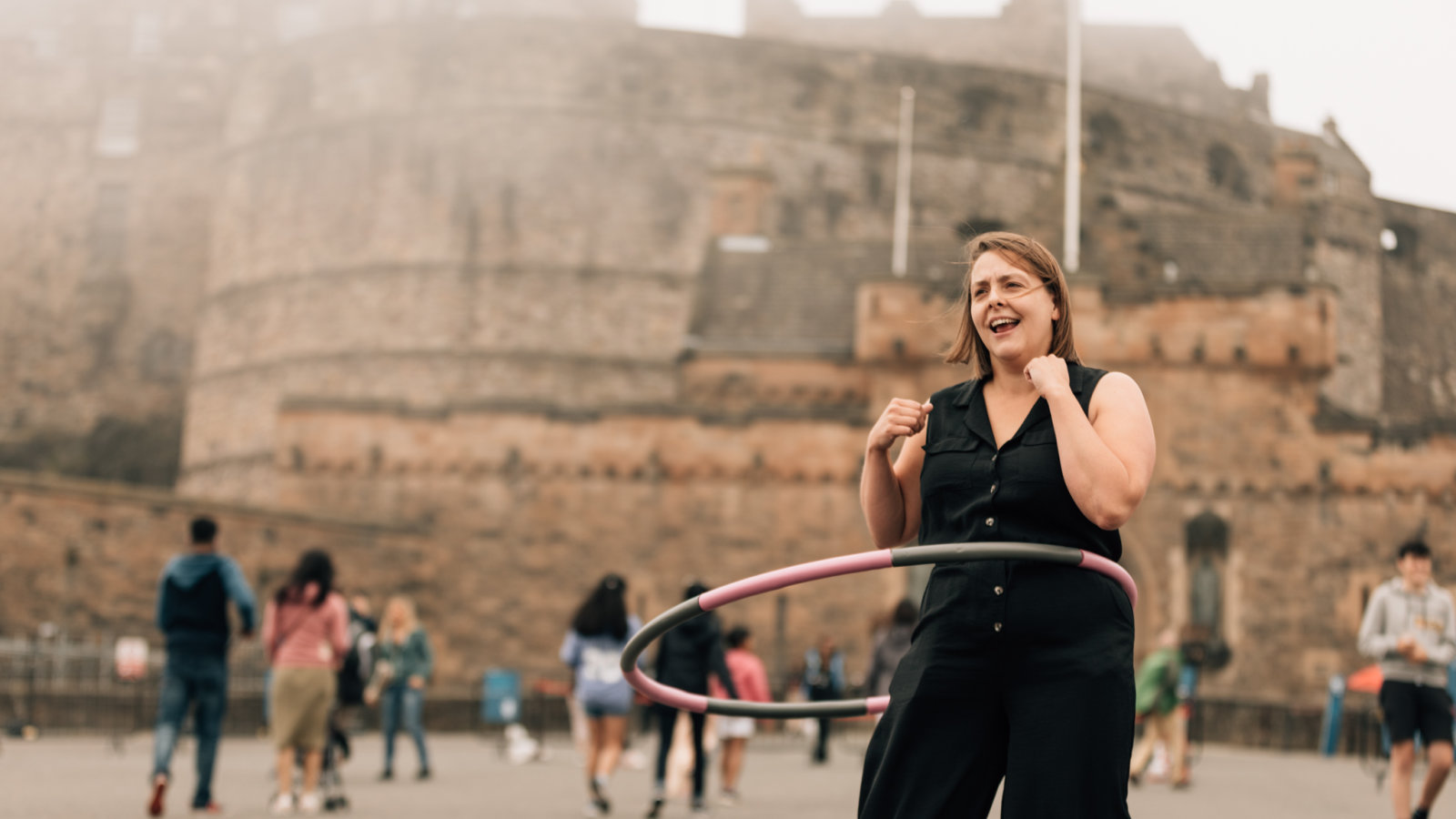 I’m General Manager of Assembly Festival. Assembly operates five hubs across the city, twenty-three spaces during the Edinburgh Festival Fringe and International Festivals, we also host the Jazz Festival and our very own Edinburgh Food Festival in July. Our hubs include Assembly Rooms on George Street (where it all began for us forty years ago), George Square Gardens and the surrounding theatres, Assembly Checkpoint on Bristo Place, Assembly Roxy, which is our year-round home, and Assembly Hall up on the mound – where the lovely Sir Ian McKellen joined us last year for his International Festival show.

As General Manager I look after it all – the finances, budgets, supporting the programming team with any financial negotiations, all the HR – which has been rather quieter this year. Just overseeing how Assembly Festival operates and does its thing.

I started in July last year – a nice baptism of fire. I’m very sad that we haven’t been able to present our Festival this year. Before this role I’ve also worked for the Fringe Society and I’ve pretty much done every job going – producer, venue manager, PR, usher. I started as an usher at the Traverse. This year I’ve even managed to perform on the Royal Mile, as I hula hoop around the city to fundraise for our Assembly freelancer hardship fund.

What do you enjoy most about working for the festivals?
I love the people, and by ‘people’ I mean the teams that make it happen – many of whom are out of work at the moment. Part of my job is bringing them together, to make something amazing happen. And, I love the audiences. When I was an usher, and even now as general manager, I love sitting in and hearing the audience at the end of the show, their thoughts on what they’ve seen.

I just love how Edinburgh’s audiences really go for it – they trust us as programmers and curators to give them the best experience each year.

They’ll come back and see another show, see something they’ve never heard of, see someone they’ve watched on TV. That’s what gets me going – seeing the smiles on their faces as they come out, discussing the show.

What is your favourite festival memory?
This would have been my seventeenth festival – so there’s lots of memories to choose from. There’s always those little devil moments of making it happen, overcoming feats to make brilliant work happen.

One of my favourite moments was getting a hug from Sue Perkins – I don’t normally get starstruck but she’s amazing. She was performing in White Rabbit, Red Rabbit (a show by Iranian playwright Nassim Soleimanpour, where the actor performs the show for the first time, script unseen) – my role meant I got to cast the performers. I had the sense I would be a little bit starstruck, but she was lovely and gave me a cuddle at the end. I love that you get to meet your heroes in the bar or sit near them at shows – that’s part of the joy of this festival.

What makes you proud to be a Festival City citizen?
I’m proud to live in Edinburgh. I’ve worked as part of the Fringe, produced for the Book Festival and was part of the Children’s Festival Team – I’ve spent most of my adult life here. It all comes back to the audiences who come here. Much of the audiences are Edinburgh residents, contrary to popular myth, and they do want the festivals here, I believe. I think we make impossible things happen out of lecture theatres, basements, gardens, and tents, we make these beautiful things happen – and people adore them! I’m proud that we have such an innovative city, we’re always up for trying new things.

Right now, we should have a bustling city filled with creativity. Instead the incredible people that make these festivals work are struggling and a lot of them are falling through the cracks. That’s why I’m fundraising by hula hooping (you can find out more on our social media). The experts we bring in to work at Assembly, they work across the year all over the world on the festivals circuit. A lot of our teams do that circuit, they grow and learn and get better and better - they’re the best technicians, designers, makers, in the world. Everyone learns their craft on the circuit – if it’s gone, we’re going to lose that skill.

We risk losing a generation of incredibly talented technicians and makers because they fall through the cracks. This pandemic has highlighted how precarious our industry is. Here’s hoping we can get back to doing what we do best in 2021.