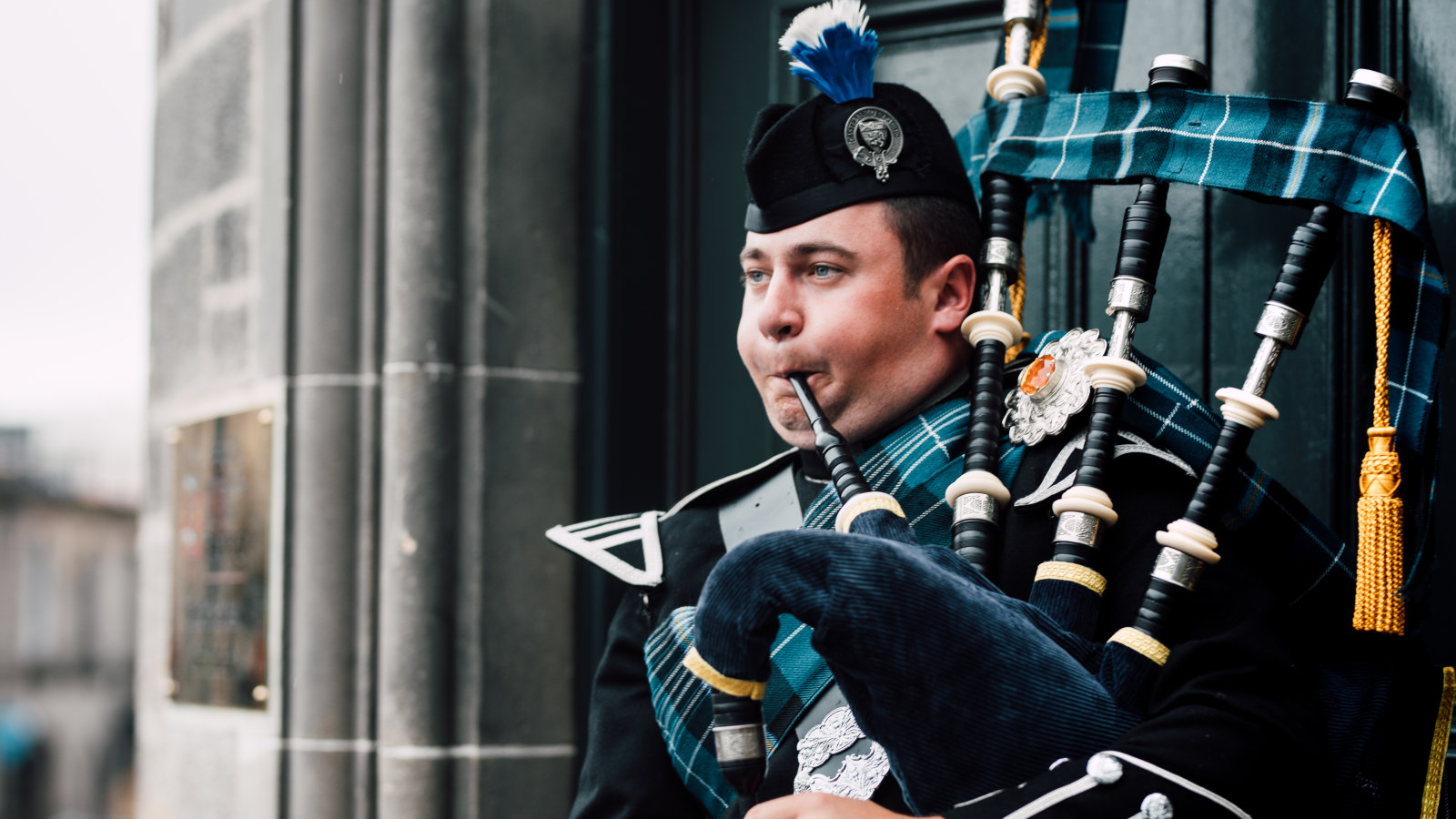 I work for The Royal Edinburgh Military Tattoo in the Commercial Team. I have also performed as part of Pipers Trail at the Tattoo since 2017.

I joined the Commercial team in February 2020 to get an insight into the Tattoo. I’ve previously performed in the show and I wanted to see what things were like behind the scenes. There’s a lot of teamwork to it and I was really keen to get involved.

I’ve been piping since 2011. I came through the Army Cadet Force and then went into the pipes and drums. I first performed at the Tattoo in 2017 and since then have been lucky enough to perform overseas as part of Pipers Trail, as well as performing to thousands of people from all over the world in Edinburgh.

There really are no words to describe performing at the Tattoo. Walking over the drawbridge to a packed audience on the Edinburgh Castle Esplanade is an unbelievable experience and marching down the Royal Mile at the end of the show playing ‘The Black Bear’ is the best feeling in the world.

What do you enjoy most about working for the festivals?
I like working in the shop on Cockburn Street and talking to customers that come in, and telling them about the history of the Tattoo. It’s a great advantage having been a performer, as I’m able to describe what happens in the show to overseas tourists who might not know much about it as well as share what it’s like being a performer. Not only have I performed, but I’ve also watched it since I was young. It’s also great as I get to work with a fantastic team in the office.

The positive vibes you get off everyone are great. We’re all one team so if we need help, you get it – it’s a big team effort. That’s really why I joined – the teamwork involved in delivering this massive event.

What is your favourite festival memory?
My first Tattoo in 2017. I auditioned in the February and then I got a notification in June that my audition had been successful. I learned all the tunes and it was a really good feeling. I arrived a wee bit shy on the first day, so it was all about making new friends. Within two nights we were all one big family, we’re all focused and on it ready to deliver a great show. The rehearsals were hard work but really good and totally worth it. I’ve had the chance to perform in front of Prince Charles and Prince William, which was an amazing feeling.

What makes you proud to be a Festival City citizen?
It’s sad nothing’s going ahead this year, it just won’t compare to previous years. There’s no tourists around and I’ve never seen the city so quiet. But I think we’ll all come back stronger and next year will be a massive, massive year – especially for the Tattoo! We’ll be putting together a really big show to make up for missing this year and look forward to welcoming the audiences again.