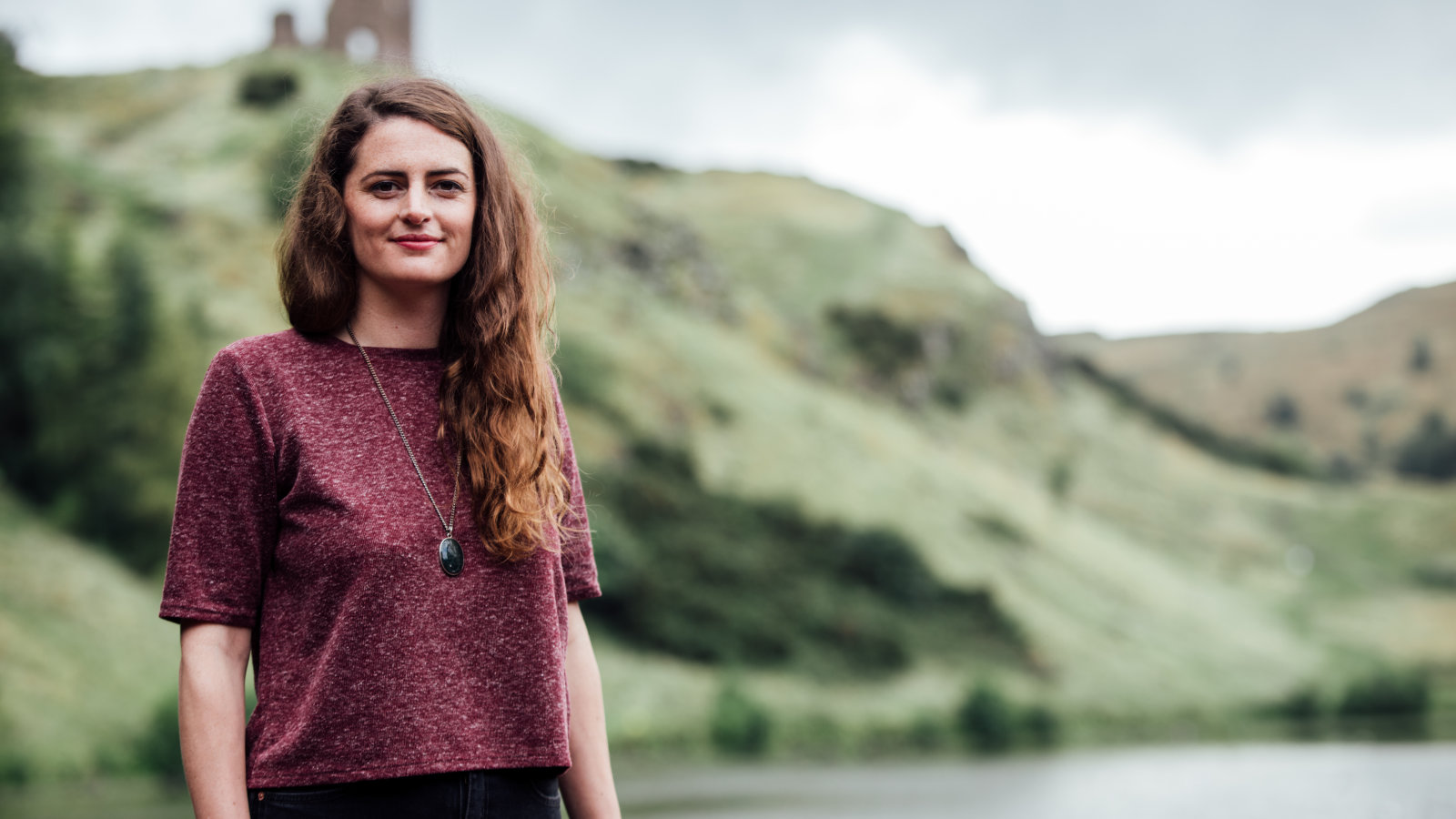 I’ve worked as an usher and in Front of House at Assembly Rooms George Street, Usher Hall, and for the Book Festival. I’ve taken and counted a lot of ticket stubs in my time!

I have performed my own shows several times since 2012. My first time was performing When Alice Cooper met Prince Harry – a physical theatre/theatre clown show in a pub staff room in 2012 (before I moved here), an early version of a more storytelling piece Waves (in tiny pub attic) and later the same show at the Storytelling Centre; and my interactive jelly bean counting show The Bean Counter in 2018 at the Gilded Balloon, Teviot.

Outwith August I’ve also worked for Hogmanay as an artist liaison to a French company – which was great as I used to live in France, so it was a small chance to practice my French in a performing arts context.

What do you enjoy most about working for the festivals?
Meeting people. I love having the chance to meet such a broad range of people – both the audience/ attendees to events I’m working at, and people I’m working with side by side.

I have met some great people and made lovely friends through working at the festivals.

What is your favourite festival memory? It can be a particular show or project they have worked on, meeting and making friends, or a fun anecdote.

I loved seeing the Five Telegrams animation on Usher Hall for the EIF opening in 2018. The combination of Anna Meredith’s composition and 59 Production’s projections created something incredibly moving. I worked with EIF Engagement to help deliver workshops about the project at schools, so felt somewhat attached to the artwork – but also, just, wow! It was incredible.

It’s not a specific memory, but I also love the wonderful randomness that festival time brings – that carnival atmosphere – people wandering around in their costumes. It’s funny at the beginning of August you think – oh there’s someone dressed as a hot dog walking into a supermarket, or there’s a group of ‘zombies’ eating lunch on the meadows…and then by the end of the month, you barely bat an eyelid – but I like that, it shows a playful side to the city which I really love and think is actually very important – I’m a big believer in play.

It’s brilliant to have access to such an incredible range of cultural activity. To have literally thousands of events taking place, from book talks, to fringe shows in pubs, to the free outdoor events, all in your backyard for a month is not something I take for granted.

Also, as I have worked and performed at both the Edinburgh festivals and others in the world for several years, I love knowing that during August I will bump into old friends and colleagues on the street – there’s usually just enough time for a catch-up before we each run off toward our next show or shift.