Ian Shillinglaw, returning volunteer and team leader, talks about the ethos of teamwork and community within the Festival City Volunteer project. 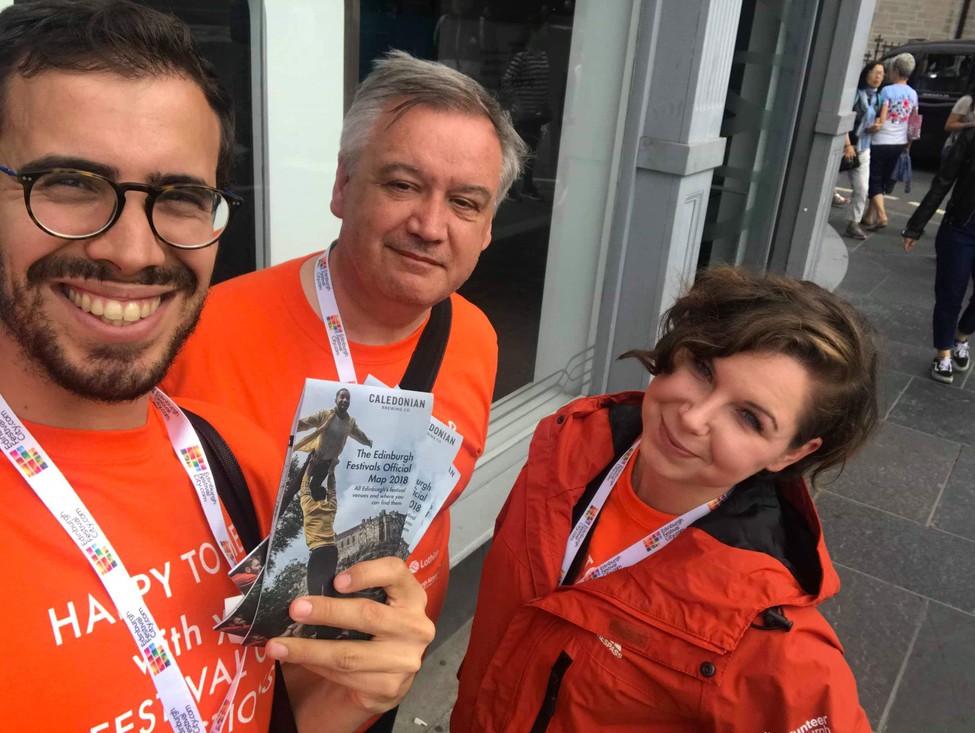 My first volunteer opportunity in Edinburgh was at the Commonwealth Games in 1986. Back then with no internet and no social media everything was done by post. I remember getting a letter to pick up my uniform from British Home Stores, which was a lovely polyester tracksuit that generated enough electricity to power a small house! There was really no training to speak of, you just got on with it!

Nowadays you have online applications, sophisticated training techniques and impressive support on your volunteer journey. But the role from then to now as a Festival City Volunteer is largely the same - to showcase Edinburgh, it’s people, and of course the Festivals; and have fun doing it.

And really having fun is, in my view, the essential part of any volunteer experience - perhaps, surprisingly you may think, as important than the role itself. 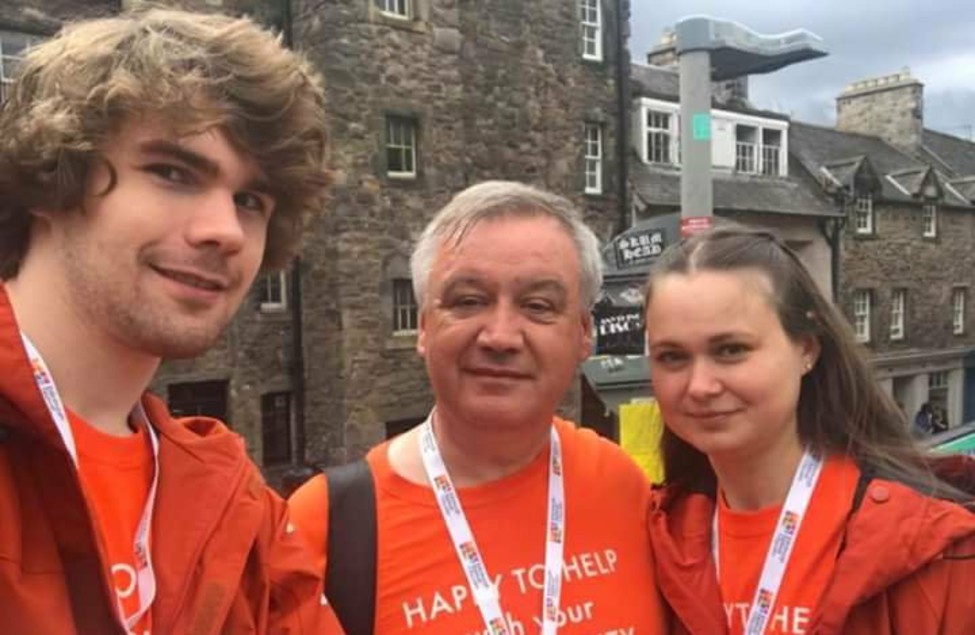 During both my years as a Festival City Volunteer Team Leader, I'm was fully trained and able to carry out the duties I'd been assigned, but what mattered most to me was that I enjoyed the role and had fun with it. This was essential when mixing with my fellow volunteers and members of the public, because if you are happy and engaged then people will generally respond in the same manner.

Being genuinely upbeat, positive and proud about the role showed through and we all got some great reactions back from visitors and locals.

As a Festival City Volunteer we had the enviable task of talking about the place we live in and love; Edinburgh. We talked about the Festivals a lot of course but we also talked about the history of Edinburgh, it’s famous people and events, and practicalities like the transport around the city. 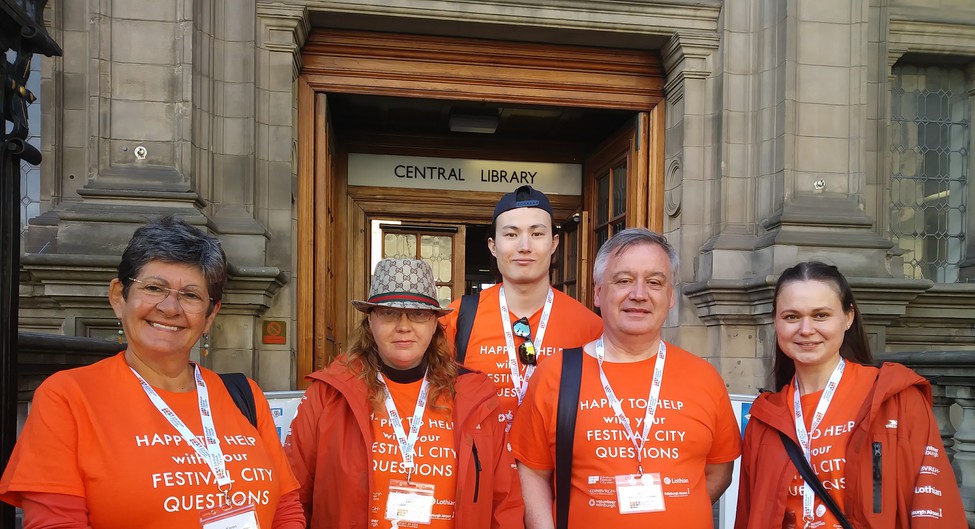 Picture: Ian Shillinglaw, second from right, ready to venture out and about on shift

Working together as closely as we did, the Festival City Volunteers developed a strong sense of community and teamwork and we made many friends within the group.

It was inspiring to see many who had not done any volunteering in the past, and were perhaps nervous or worried about fulfilling their commitments, learn and grow into the role with the help of the more experienced people within the group - and gain confidence in their abilities and carry that on into their life and other opportunities that will come up.

The feedback we got on the ground during the Festivals from the visitors we talked to was extremely positive and we as a team felt we had made a difference to their experience of visiting the city and the Festivals.

But we also felt we had improved as people ourselves, learning so much more about our city; but also about the people who visited, their reasons for coming and the culture and diversity they brought to Edinburgh. It was a wonderful experience.

As Festival City Volunteers we enhanced our existing skills and learnt new ones, but most importantly of all though we had fun - together as volunteers and the community will built, representing Edinburgh and the Festivals as we welcomed the world to enjoy the city with us.