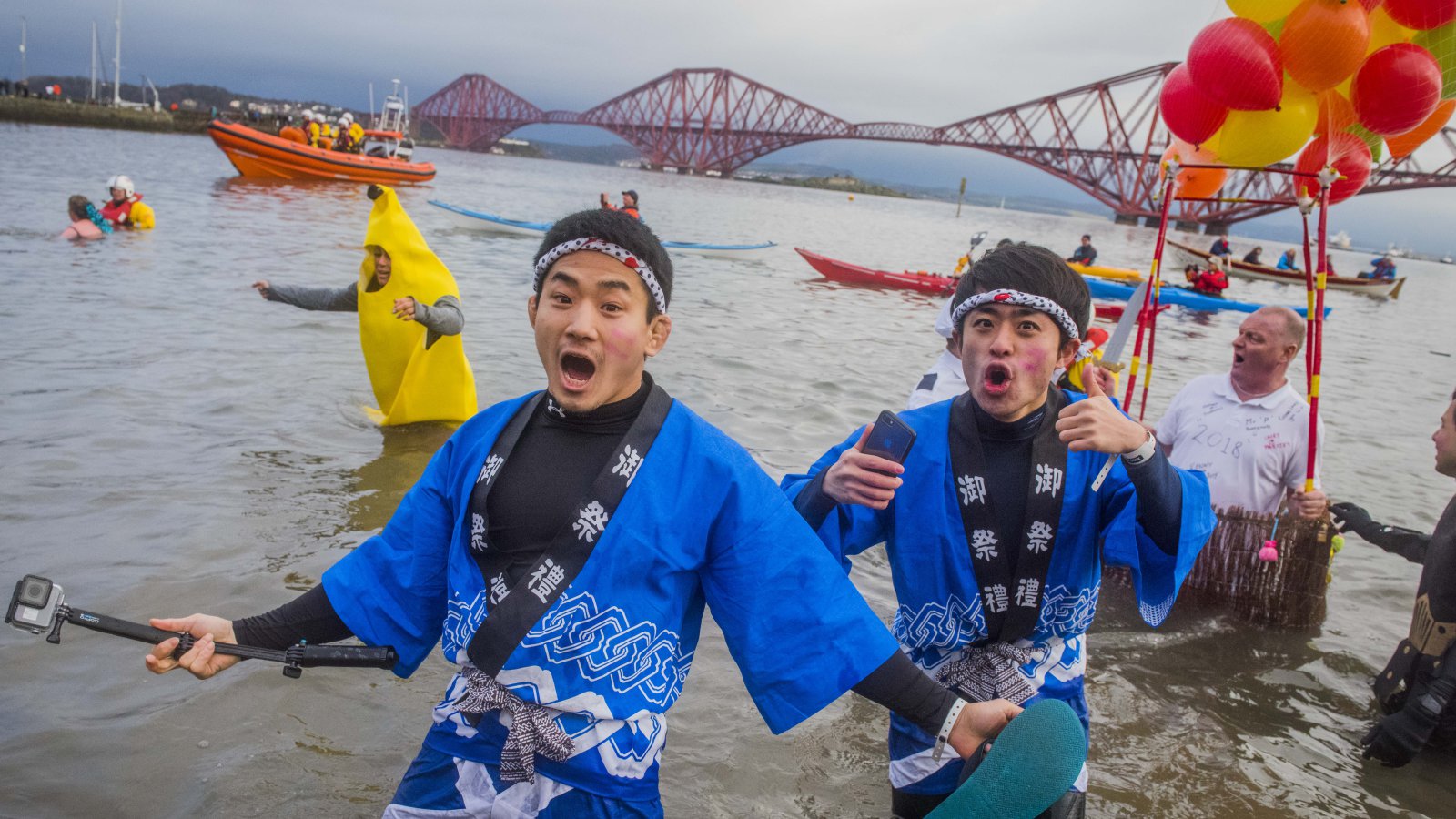 Plunge into the New Year

When it comes to celebrating the end of one year and the beginning of the next, you'll find no better way than at Edinburgh's Hogmanay.

And it's not just the roar of tens of thousands of people from around the world happily dancing the night away at a huge, multi-stage street party. Although there definitely is that. It's also a river of a distinctly colder variety that welcomes a thousand brave souls, clad in fabulous costumes of course, for the world-famous New Year's Day Loony Dook.

The Loony Dook is an annual event held on New Years' Day in which people dive into the freezing waters of the Firth of Forth. The name "Loony Dook" is a combination of "Loony" (short for "lunatic") and "Dook", a Scottish term meaning "dip" or "bathe".

Dookers first take part in the so-called Dookers' Fancy Dress Parade, leading from the Hawes car park at the far end of the town to the old mole. Over 4,000 spectators cheer on the participants at various vantage points. The Dookers are then greeted by bagpipe pipers and warmed with bowls of "energising porridge", prior to plunging themselves into the freezing Firth of Forth.

The event was conceived as a joking suggestion by three locals for a New Year's Day hangover cure. The following year it was decided to repeat the event for charity. After a few years of only local significance, the event gradually grew both in popularity and number of participants. The growth accelerated after the event was started to be mentioned in the official Edinburgh Hogmanay publicity material and got a boost when the Millennium edition was broadcast live by the BBC. The proceeds from the registration fee are distributed amongst the RNLI Queensferry and local charities.