We're delighted to be welcoming renowned travel blogger Dan James to Edinburgh this August as our first ever blogger-in-residence, creating exclusive stories, images and videos to really show off the world's leading festival city.

This isn't Dan's first trip to Edinburgh though - so to get you in the mood for the August festivals and all his forthcoming material, here are five great photos he took when he last visited in 2016. 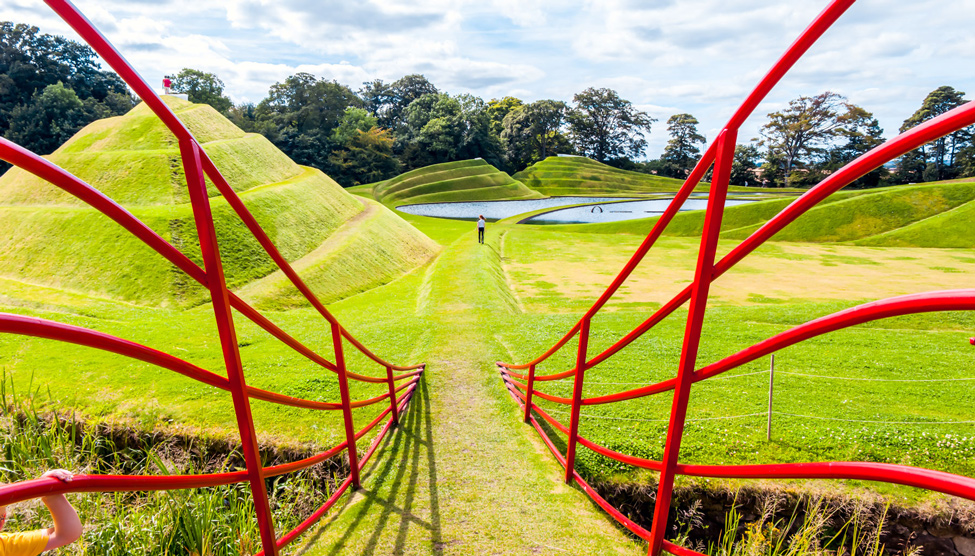 Dan headed out of town to Jupiter Artland, about half an hour west of Edinburgh, and captured this striking shot of Charles Jencks' amazing landforms, Cells of Life.

In 2018, Jupiter Artland will host work by Ollie Dook, Phyllida Barlow and Joana Vasconcelos, plus Romanti-Crash! a special art and music based overnight campout. 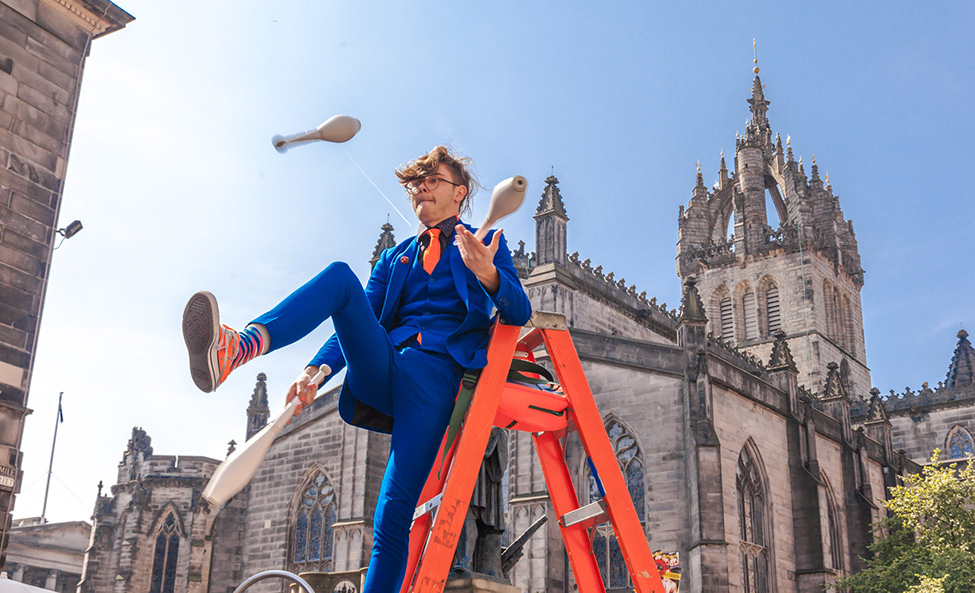 It's a classic Edinburgh Festivals spot, in the heart of the city's Old Town, but as with so much of the Fringe, there's always the capacity for the unexpected!

Dan's lens captured this well-balanced and brightly-coloured chap entertaining the crowds outside the beautiful St Giles' Cathedral. Visitors in search of some open-air entertainment this summer need only head to the Royal Mile for more of the same. 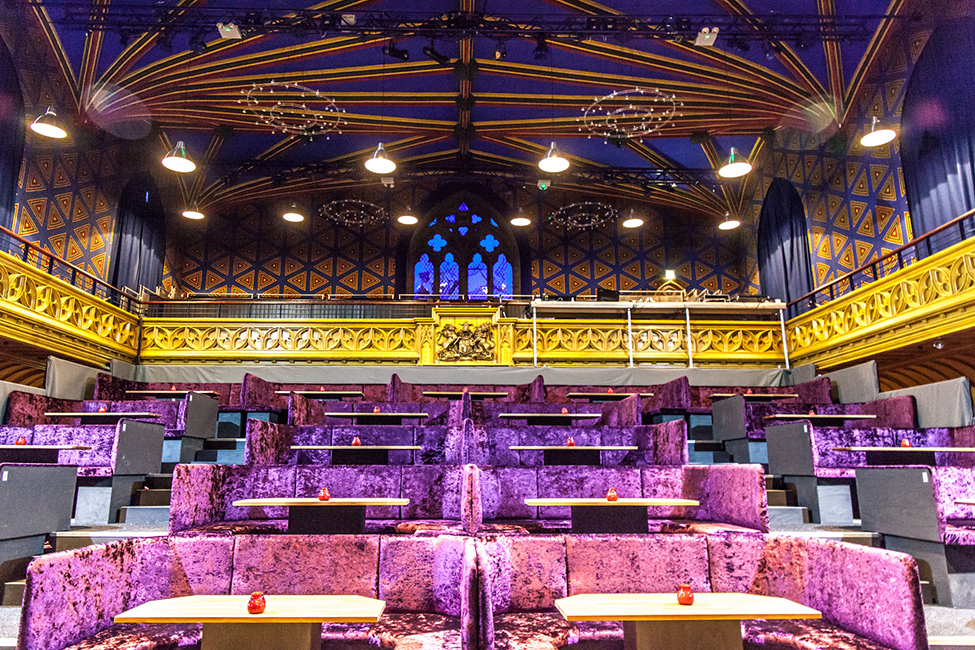 The Hub during the Edinburgh International Festival

This stunning converted church venue is home to the offices of the International Festival and is one of the Festival's key venues during August. Its main hall's remarkable decor is in starkly colourful contrast to the dark gothic stone of its exterior, whose looming spire is the highest point in the city. 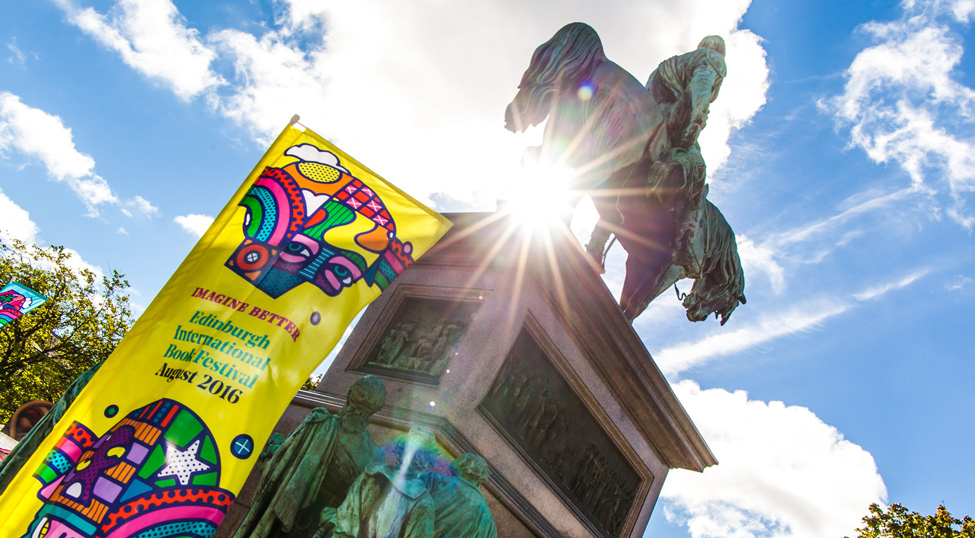 Closed to the public for most of the year, in mid-August the beautiful city centre oasis of Charlotte Square Gardens opens its gates for two weeks of talks, events and readings at the Book Festival. If you want somewhere to pull up a deckchair, take in the sunshine and possibly see some of the best authors in the world strolling by, this is the place!

In 2016, Dan snapped this unusual angle of the Gardens' statue of Prince Albert in the mid-afternoon sun - that year the Book Festival's theme was Imagine Better, but it's hard to imagine anywhere better for a lover of literature. 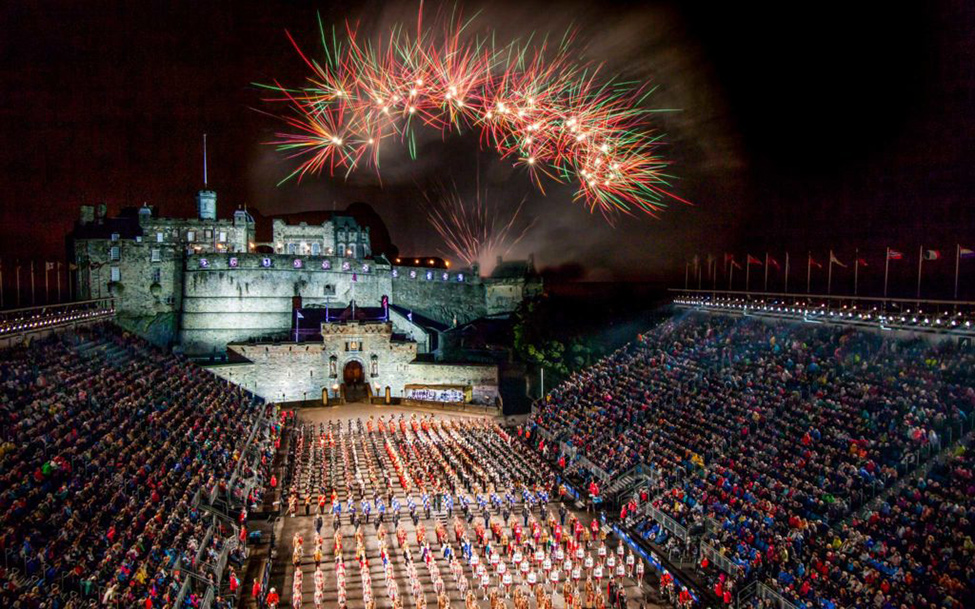 If it's a breathtaking spectacle you want, then Dan's beautiful shot of the closing stages of the 2016 Tattoo gives you a pretty good idea of somewhere to find it!

After 100 minutes of precision drill, musical performance and dramatic dance, the entire cast of the show gathered one more time on the Edinburgh Castle esplanade to present a rousing end to one of the city's most iconic events. This year, the Tattoo celebrates 100 years of the Royal Air Force, as yet another brand new programme takes flight.

If you liked these photos, then be sure to keep an eye on all of Dan's August adventures, with stories, videos and lots of images appearing in the pages at edinburghfestivalcity.com/dansfestivalcity, and using #DansFestivalCity on Twitter, Facebook and Instagram.