After more than 3 weeks of world-class culture and 70th anniversary reminiscence, Edinburgh International Festival is set to come to an end on Monday 28 August, with the traditional end of festival Virgin Money Fireworks Concert.

Closing not only the International Festival, but Edinburgh's entire summer festival season, the 2017 Concert takes place in Princes Street Gardens and features magnificent music from the Scottish Chamber Orchestra, a special guest performance by Karen Matheson and, of course, hundreds of thousands of fireworks high in the sky, perfectly choreographed to the music below.

Capercaillie star Matheson will become the first solo artist to feature at the Festival's closing event, taking the stage with the Scottish Chamber Orchestra for a performance adding an additional 20 minutes to the popular annual event.

The addition of a solo artist to the Virgin Money Fireworks Concert is an exciting development to the event format, and we’re delighted to present new arrangements by Karen Matheson and Donald Shaw in the grand finale of our 70th Anniversary Festival.

Having an artist of Karen’s calibre take part in the concert is a hugely exciting development for the event, and we’re really looking forward to her bringing a new dimension to this most Scottish of celebrations to close the International Festival.

The songs, specially arranged by Capercaillie founding member Donald Shaw, will add to the Scottish flavour of the 2017 Fireworks Concert, which features music by Sir James MacMillan and Sir Peter Maxwell Davies either side of the beautiful ballet music of Pyotr Ilyich Tchaikovsky.

Clark Rundell will conduct the SCO in performing McMillan's ceilidh-inspired piece, Stomp, followed by a selection of Tchaikovsky's music before ending with Maxwell Davies' riotous An Orkney Wedding, with Sunrise.

Above it all, the sky above Edinburgh Castle will be lit with an array of colours, as more than 400,000 fireworks dance along with the music in a display choreographed by international fireworks artists Pyrovision.

This will be the Scottish Chamber Orchestra’s 34th festival fireworks concert and we are thrilled that the brilliant Karen Matheson will be joining us this year.

We are also delighted that Virgin Money are our event sponsors once again. Their engagement with Scottish cultural life is hugely impressive and highly valued, helping us to reach out to communities right across Edinburgh and beyond.

With the crowds in Princes Street Gardens and the thousands more gathered at points across the city and beyond, it's estimated that around a quarter of a million people will witness the show, in a fitting climax to the 70th anniversary of the Edinburgh International Festival. 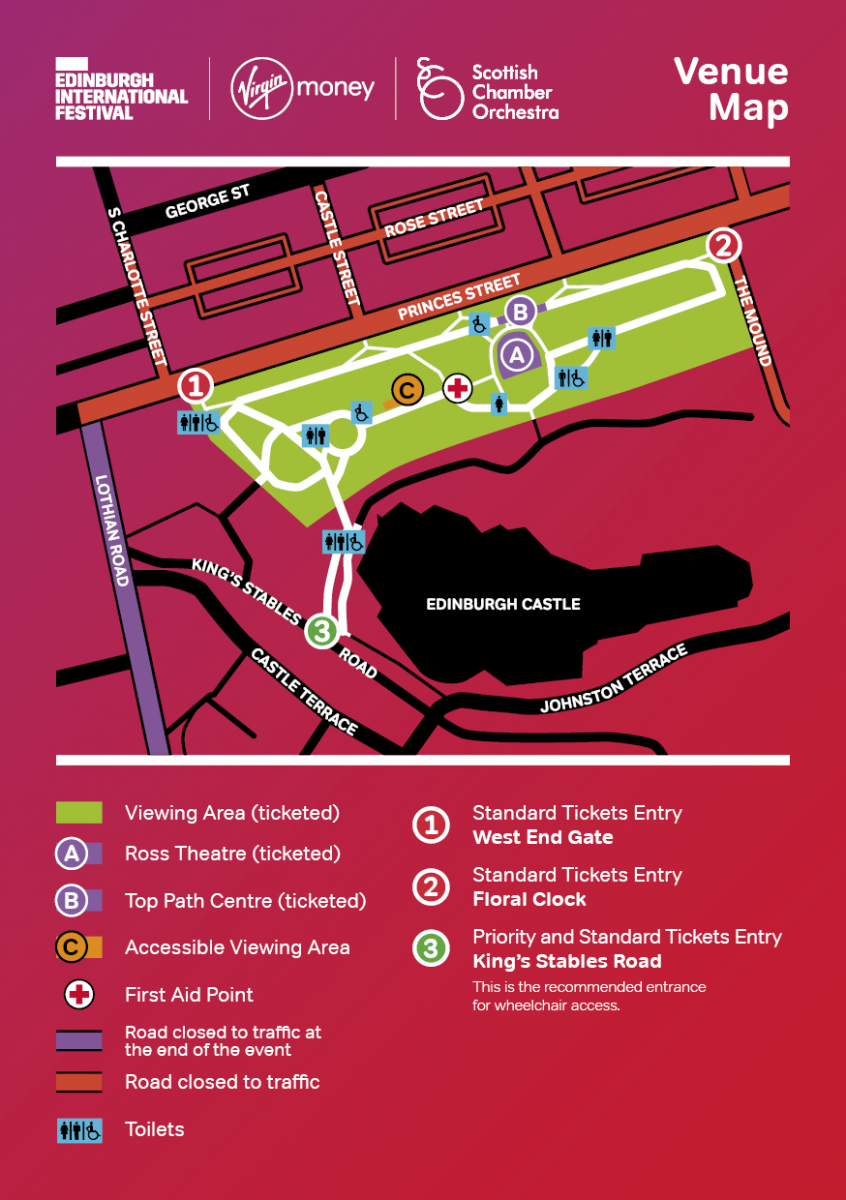