Well known for major novels such as Captain Corelli's Mandolin, The Boy in the Striped Pyjamas and Everything is Illuminated, the three writers will each appear in Charlotte Square Gardens to discuss their newest books and answer questions from fans. 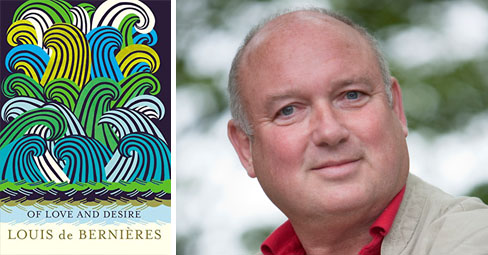 Beyond his work as a novelist, Louis de Bernières is also an accomplished poet, and here he will discuss and read from his second collection, Of Love and Desire.

Of Love and Desire has been a lifetime's work for de Bernières and considers all aspects of love, from the joyously uplifting to the heartbreakingly painful.

De Bernières also appears later that afternoon (5.45pm) with Gill Lewis as they talk about their books Blue Dog and Gorilla Dawn, and the strong bonds between humans and animals. 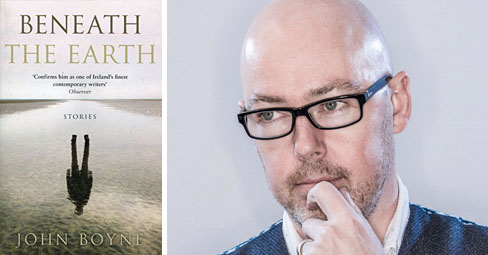 The Dublin-based novelist returns to the Book Festival to introduce readers to Beneath the Earth, his new collection of twelve dark and unflinching short stories.

Boyne has won numerous awards, including for Rest Day, one of the tales in Beneath the Earth, and is widely known for his incredibly successful story of wartime friendship and childhood, The Boy in the Striped Pyjamas.

Boyne will also appear with Simon Mayo earlier in the day (12.45pm) to discuss ideas of moral responsibility and cross-generational blame, covered in each of their latest books for young adults, The Boy at the Top of the Mountain and Blame. 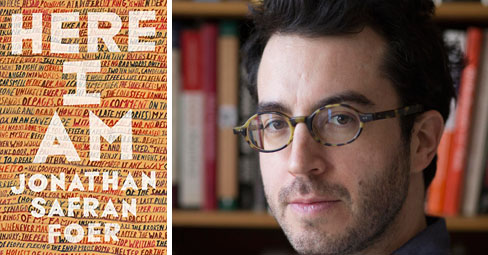 Launching his first novel since 2005's Extremely Loud & Incredibly Close, Foer comes to Edinburgh to present Here I Am.

The novel tells the story of a New York family who are falling apart, while in the Middle East a natural disaster leads to military catastrophe.

Foer will be on hand to talk about the themes and background to the book, as part opf the Book Festival's Redrawing the Middle East series of events.

Edinburgh International Book Festival runs from 13-29 August 2016. Find out more about the Festival, including links to programme and ticketing details.