If the August Festivals were Olympic events...

It's where the world's finest come together to thrill huge crowds with their skills and talents; where years of training and practice combine to form that perfect moment of glory; where stars are born and dreams come true.

No, not the Olympics, the Edinburgh Festivals, of course! But we did wonder... if this year's August festivals were Olympic events, which ones would they be? 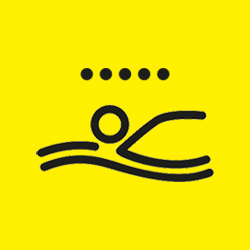 Like the International Festival itself, the Modern Pentathlon has strong historical roots. And although the Festival doesn't go back quite as far as Ancient Greece (apart, perhaps, to inspire some of its incredible productions) its inception in 1947 means there's a strong heritage and tradition there.

Also similar is the fact that the 5-part event's component sports have changed a great deal from its ancient equivalent; similarly, the International Festival has evolved over the years, ensuring that its programme continues to challenge and inspire audiences each year with originality and verve.

And most obviously of all, the International Festival mirrors the 5 events of the pentathlon with its 5 programme strands - Opera, Theatre, Dance, Music and Big Events like the annual Virgin Money Fireworks Concert and this year's spectacular Deep Time opening event. 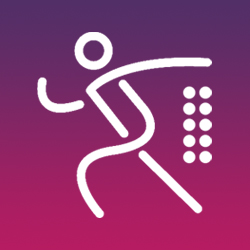 If there's one thing that defines the Fringe it's the festival's sheer scale and the incredible variety in its programme. And, yes, that's two things, but that seems fitting for a festival whose slogan this year is 'Defy the Norm' - if there's any festival that can make 1=2, it's the Fringe.

The point being, scale and variety make the decathlon a great fit for the world's largest arts festival. 10 distinct and exciting events coming together to make up a hugely entertaining whole - the parallels are clear. Plus, like the International Festival, the number of sports matches the Fringe's 10 programme strands, namely: Cabaret and Variety, Children's Shows, Comedy, Dance, Physical Theatre and Circus, Events, Exhibitions, Music, Musicals and Opera, Spoken Word and finally Theatre!

Of course, if there was an Olympic event with over 3000 sports, to match the Fringe's 3000+ show programme, that might be an even better fit - so maybe we should have chosen the entire athletics programme instead! 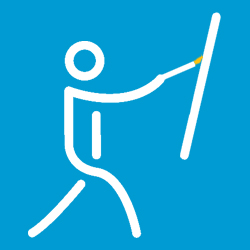 Probably the closest match any of Edinburgh's Festivals have with the Olympics, art competitions were medal-worthy Games events, on a par with all the sport, between 1912 and 1948. Sport-themed works of art in the categories of painting, sculpture, music, literature and architecture were created, with medals awarded by juries.

And while Edinburgh Art Festival isn't a competition, it similarly generates creativity in the shape of its excellent commissions programme, with new work brought to life for the duration of the festival and beyond. This includes now-permanent parts of the city itself, such as Callum Innes' The Regent Bridge and Martin Creed's Work No. 1059, otherwise known as the Scotsman Steps.

Sadly, Olympic art competitions were ended in 1954, but their legacy lives on in the Cultural Olympiad which, at London's 2012 Games, included Here/Now at the Art Festival as part of a multi-arts, cross-festival celebration of Polish culture. 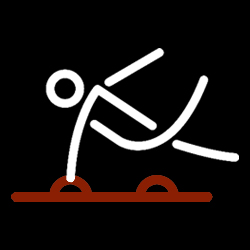 While gymnastics might seem an odd choice to compare with the Tattoo, bear with us.

First and foremost, the sport is a fantastic example of using absolutely precise and controlled movement to achieve visually stunning feats - just like the Tattoo with its perfectly-drilled performers, both military and otherwise, thrilling huge sell-out crowds with their remarkable synchronisation and attention to detail.

Then there's the fact that both events showcase both team performance and individual excellence. The Tattoo's celebrated shows could not work without the incredible co-ordination achieved by the groups taking part, and yet one of the most loved moments comes as a single kilted soldier stands alone on the battlements of Edinburgh Castle playing the piper's lament.

And lastly, since gymnastics take place indoors rain is never an issue - much like the Tattoo where no performance has ever been cancelled for rain or anything else! 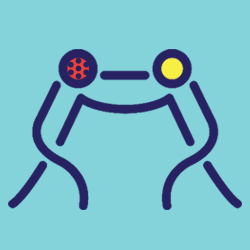 Wrestling... books... wait, what? But no, we haven't made a mistake, wrestling is an excellent match for the Book Festival, and here's why.

The Book Festival, after all, is not just about pages and pages of flowing prose - although with over 800 authors in over 700 events, it's hardly lacking in literary luxury. But beyond the print, and at the heart of the Book Festival lies a deep love and respect for ideas, debate and discussion - wrestling with the issues if you will.

Which isn't to say that the two-week Book Festival is dry and cerebral - on the contrary, and again like the sport, it's a lively, passionate and colourful affair. Author-audience interaction is prized and fantastic evening Unbound events give Charlotte Square Gardens a party atmosphere each night.

So after a fun day of seeing the heavyweights and arguing the issues of the day, there's still time to wrestle with a G&T!