Paintings, sculptures, photography, drawings, design and even mathematics – Edinburgh Art Festival (30 July to 30 August) covers it all and with a series of talks from industry insiders, there are lots of opportunities to be inspired.

Explore the development in fashion photography with Suzanna Brow, Curator of Photographs at Victoria and Albert Museum, London, with Selling Dreams: Fashion Photography on 11 August. The talk will start with Victorian society portraiture and move onto today's more eccentric and high quality fashion images.

In Conversation: Zandra Rhodes will give fashionistas an exclusive insight into the industry with pink haired fashion icon and designer Zandra discussing her experiences with Professor Chris Breward.

Find out about legendary photographer David Bailey at Snapshot of Bailey on 12 August. Anne Braybon, photography historian and former curator at the National Portrait Gallery, London, will reveal intimate behind the scenes stories, exclusive images and film clips. 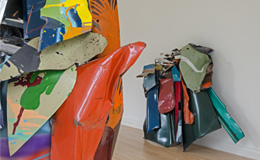 Art meets poetry with Talk: Rtizfrolic: An evening of poetry and discussion inspired by the sculptures of John Chamberlain on 14 August. With Jane Goldman and Alistaur Rider. 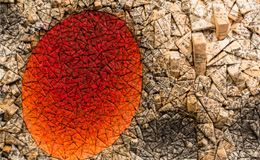 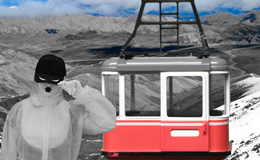 Artist Talk discussions taking place throughout the Festival include Emma Finn (16 August) discussing her new work with festival director and curator of The Improbable City, Sorcha Carey. On 20 August look out for James Morrison & Joan Earldey In Context with Guy Peploe, who will be giving a short talk linking the two exhibitions. Marvin Gaye Chetwynd (23 August) will see the contemporary visual artist discuss her new project with Neil Mulholland.

Learn about the artists’ process and ideas at Fine Lines: A Talk and Tour with Christina Jansen (18 August) as the gallery director and curator gives a short talk and guided tour around the applied arts 2015 Festival exhibition. 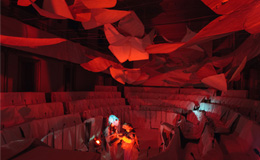 Cutting Up Picasso – Cubism and Lee Miller’s Collage on 18 August with Dr Patricia Allmer, Chancellor's Fellow, Edinburgh College of Art, will explore Lee Miller’s Collage – a 1937 piece of work Miller made in response to Picasso’s portrayals of her. A must see for fans of cubism and surrealism.

The Lecture on 20 August with Professor Nick Wade will explore the subject of Derek Michael Besant’s exhibition, human visual perception. Professor Wade will present his research into the representation of space and motion in human vision and the relationship between visual science and visual art. 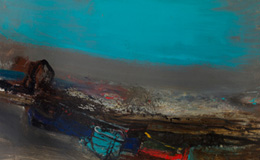 More from Lee Miller at Lee Miller: Wonder & Horror on 25 August. Miller is best recognised for her work as a war photographer and correspondent for Vogue magazine, a period discussed during the lecture with by Richard Calvocoressi, author of Lee Miller: Portraits from A Life (2002).

The closing talk at Edinburgh Art Festival 2015 is M.C. Escher: A Mathematician’s Eye View on 27 August. This talk looks at how mathematics was a key influence on Dutch graphic artist, Maurits Escher’s work. Join Professor Ian Stewart for a talk on the relationship between art and maths.

For more information on these talks and other events at Edinburgh Art Festival visit http://edinburghartfestival.com.