10 Edinburgh Spots You Won't Want To Miss This August

Edinburgh transforms during August, with its population doubling and pop-up bars and venues filling almost every spare space.

You can't separate the city from its amazing festivals - so use the festivals to explore the Scottish capital in a unique way. 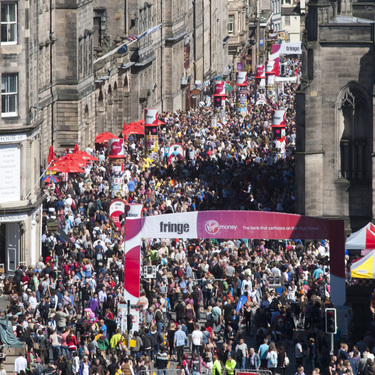 A stately thoroughfare most of the year, Edinburgh's most famous street becomes an unparalleled outdoor festival venue in August, thanks to the Edinburgh Festival Fringe.

Allow yourself plenty of time to wander, and at points squeeze your way, from Edinburgh Castle at the top of the Mile down to the Scottish Parliament at its foot. 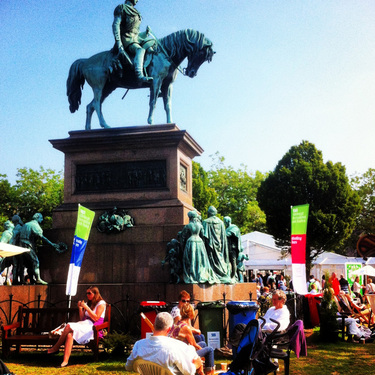 The bright colours of August are a contrasting yet complementary addition to the refined beauty of the Georgian New Town, an area is defined by two major festival hubs at either end of George Street.

To the east lies St Andrew Square, home to numerous Fringe events, while just 900 yards to the west is Charlotte Square Gardens, a lovely leafy quadrangle entirely taken over for two weeks by the Edinburgh International Book Festival.

It's a stunning part of town, and one you'll definitely want to visit more than once. 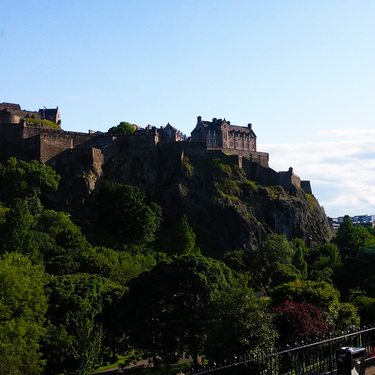 Another Edinburgh icon, Edinburgh Castle is open for business as usual throughout August, but its Esplanade is another story. Those huge stands built each year are there for the Royal Edinburgh Military Tattoo, a military extravaganza enjoyed by hundreds of thousands of audience members every year, and millions more worldwide on television.

The Castle also stars in the Edinburgh International Festival’s Virgin Money Fireworks Concert, with breathtaking pyrotechnics exploding from its walls and streaming down its sides, all choreographed to a live orchestral performance. 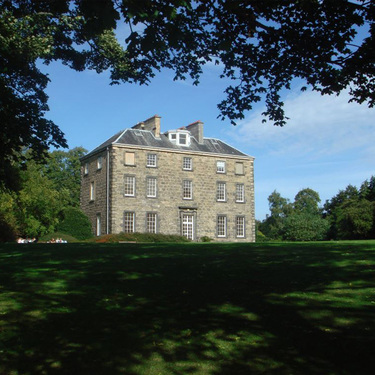 An oasis for lovers of botany or simply lush green spots, Edinburgh’s Royal Botanic Garden is a beautiful open space just past Stockbridge in the north of the city, offering amazing views of the capital's skyline from Arthur's Seat and Salisbury Crags across the New and Old Towns to the castle and beyond.

During the festivals, Inverleith House in the heart of the garden hosts Edinburgh Art Festival exhibitions, and there are often Fringe performances outside, giving you the perfect excuse to enjoy a leisurely picnic in the summer sunshine. 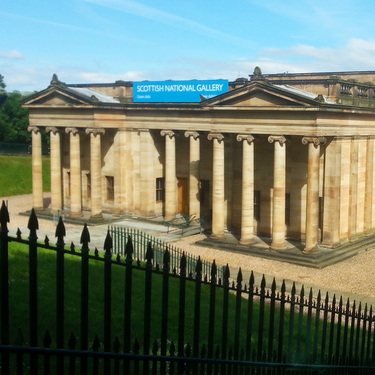 In the centre of Edinburgh, the Scottish National Gallery is probably one of the first buildings you will see when you arrive. 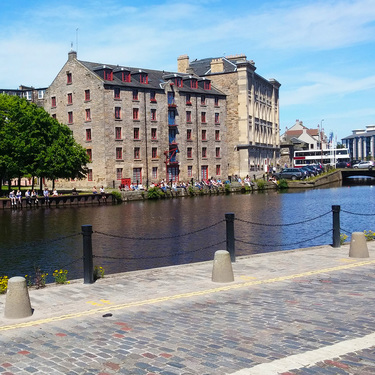 At the end of the Water of Leith – a wonderful walk from the West End of the city if you can spare the 45 minutes or so it should take – lies Edinburgh’s port district of Leith.

It's a lively, busy area that has filled rapidly in the last decade with Michelin starred restaurants and delightful cocktail bars (many of which will probably end up as Fringe venues at some point), while still being home to some of Scotland’s most authentic pubs.

Enjoy some calm time in a cosy corner before walking (or bussing) back up the hill to the city centre. 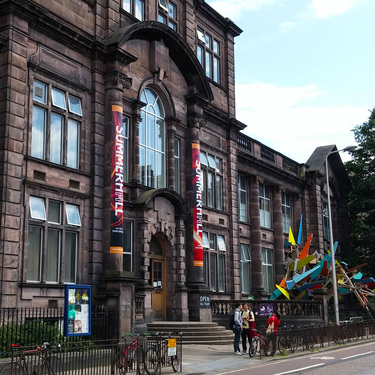 One of Edinburgh’s most exciting new arts centres, Summerhall is the repurposed, revived and revitalised home of the old Veterinary School of the University of Edinburgh, a spooky complex of rooms that retain much of the character their previous life gave them.

With a wonderful courtyard for eating and drinking at any time of the day and both Edinburgh Art Festival and Fringe events on during August, time at Summerhall lets you dive into Edinburgh’s history, while enjoying its current cultural scene, and getting a feel for where it’s heading in the future. 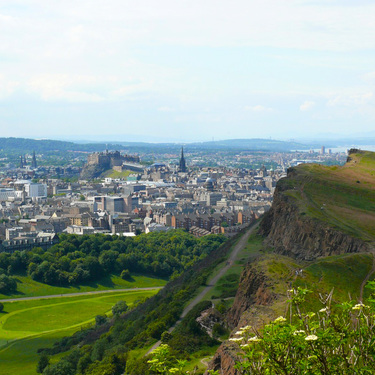 Climbing Arthur’s Seat, the ancient, and thankfully extinct, volcano on the eastern side of Edinburgh, offers incredible views over the city - and throughout the day you can usually see the indistinct figures of visitors and locals scaling the peak to enjoy them.

Don't be put off by the altitude, it’s a surprisingly easy and short walk to complete, and if you’re confident enough on your feet to do it in the evening (please be careful!), the sight of the Tattoo's nightly fireworks over the Castle is spectacular.

Plus, as with just about everywhere in the Scottish capital, the famous old hill has quite often become a Fringe venue in its own right! 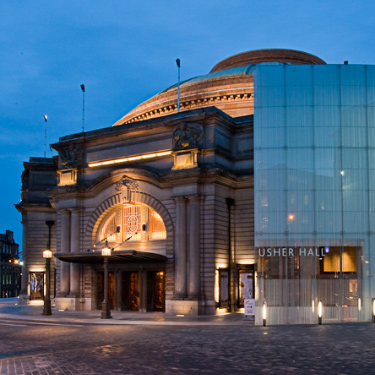 The Usher Hall is one of the most beautiful of Edinburgh’s older concert venues, an impressive domed structure which is unmissable in views over the city.

During August the energy at this venue is unstoppable, as it becomes a key location for the Edinburgh International Festival, its 2000+ seats filling over and over again throughout the month with audiences eager to hear from the world’s best musicians.

Attending one of these once-in-a-lifetime concerts is the perfect way to not only make the most of the festivals, but also to get up close and personal with one of Edinburgh’s most iconic buildings. 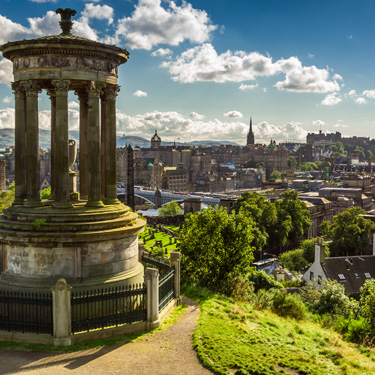 Finally, to one of the most famous and iconic views of Edinburgh, atop Calton Hill in the east end of the city.

Not content with offering a fantastic vantage point though, Calton Hill is also the home of the Collective Gallery, one of the key venues of Edinburgh Art Festival.

The short (although quite steep) climb is well worth it because as well as visiting Collective you can see the Scottish National Monument, the Dugald Stewart Monument (pictured) and the Nelson Monument. Plus it's a wonderful spot to retreat from the hubbub of the summer crowds, catch your breath and then head back down for more festivals fun!