Festivals in any weather!

While we'd love to think of Edinburgh as perpetually bathed in golden sunlight by day with clear starry skies by night, it's more honest to admit that, yes, it does sometimes rain. A bit.

No need to let some pesky precipitation spoil your fun though, here in the world's leading festival city.

First of all, be prepared - Edinburgh weather is famously changeable, and a glorious summer's day can become an incredible downpour in minutes... and then back again shortly after!

For rainy days and nights, take advantage of Edinburgh's excellent public transport, and use the weather as a perfect excuse to drop in to one of the Scottish capital's many great cafes, bistros, restaurants or pubs for something warming.

And as for the Festivals themselves, here's how to enjoy yourself even if it starts pouring down... 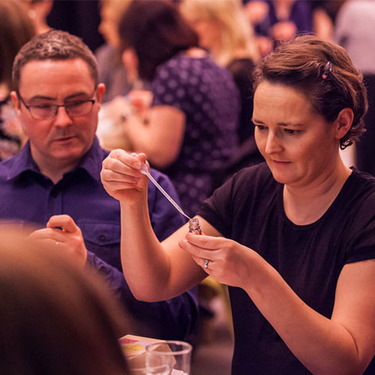 A great deal of the Science Festival takes place indoors, so you should have no worries here - head to the 5 floor City Art Centre or the gorgeous Victorian surrounds of the National Museum of Scotland.

Both are core venues for the festival and both are huge enough to spend a good few hours in, especially if you take advantage of their splendid cafes.

And, when it brightens up, there are also some great outdoors features to catch, with open air exhibitions and more. 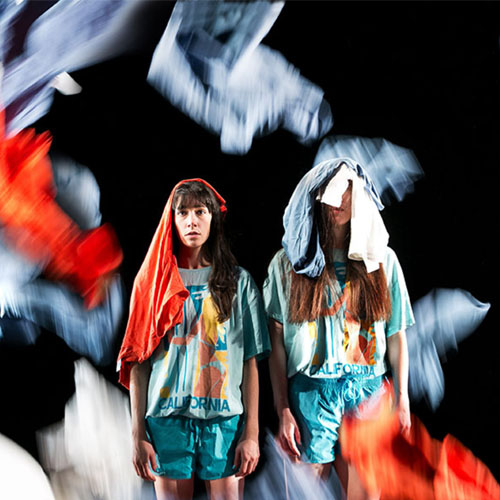 Probably the cosiest of Edinburgh's major festivals, the Children's Festival takes place in various venues, all on a relatively small scale.

They're also (and this is especially true for the shows aimed at really little children) usually replete with cushions and soft furnishings.

A perfect choice for ignoring any bad weather, curling up in a cosy corner and spending some fun time with the kids. 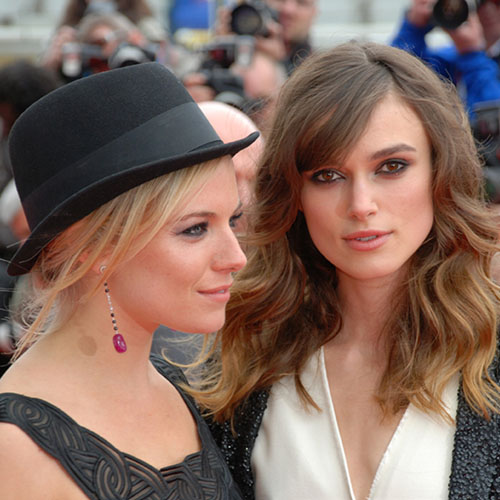 There's little more cinematic than seeing the grand old buildings of the Scottish capital amid a passing rainstorm - but it does still mean getting rather wet.

So instead, step off the streets and into one of Edinburgh's beautiful old picture houses like the Filmhouse to enjoy a revived classic or a hot new piece of cinema at the annual Film Festival.

And when the weather's nicer there are usually pre-festival open air screenings to be enjoyed as well! 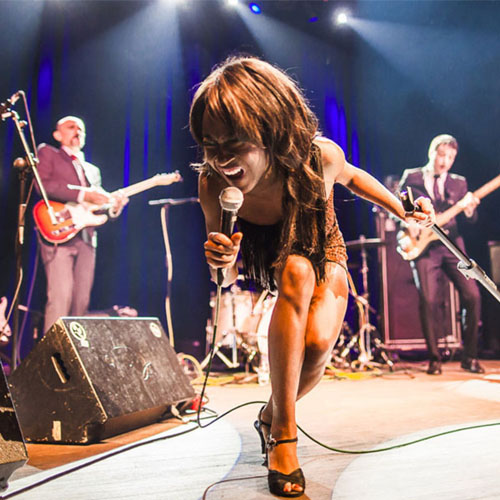 Both are at the mercy of the elements, but thankfully it's usually lovely weather - and even when it's not, the tens of thousands who attend have a great time anyway!

And after that opening weekend there's just over a week of hot sounds and cool classics to enjoy, held in venues ranging from small, intimate bars to caverous nightclubs and huge, luxurious halls. 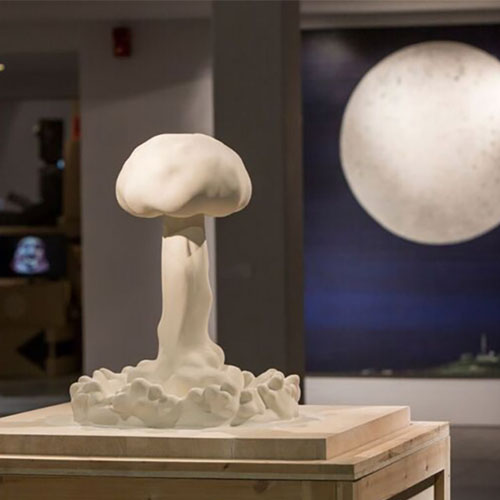 The Art Festival offers an extensive network of indoor exhibitions in all sorts of locations, making it ideal for festivalgoers caught out by a shower, as well as the thousands who come for the art itself.

The City Art Centre on Market Street, in particular, is a hub of festival activity, with exhibitions and a variety of events throughout August.

For more extensive exploration, grab an Art Festival Map and an umbrella, and pop from exhibition to exhibition, pausing for convenient coffees at the many gallery cafés. 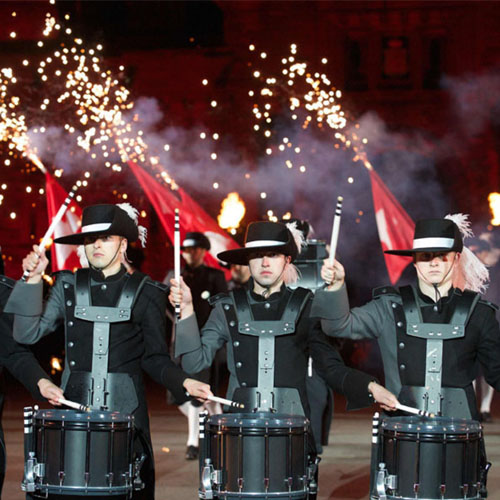 Probably the most exposed of all of our festivals, given that it takes place in an uncovered arena atop the volcanic Edinburgh Castle Rock.

Exposed as it may be though, it's also a festival with a proud track record of resilience from both performers and audience - after all, no performance of the Tattoo has ever been cancelled for the weather or anything else.

And if the hundreds of military personnel and dancers can manage Edinburgh Castle esplanade in the rain, with their heavy uniforms, pipes, drums and elaborate costumes, so can you! 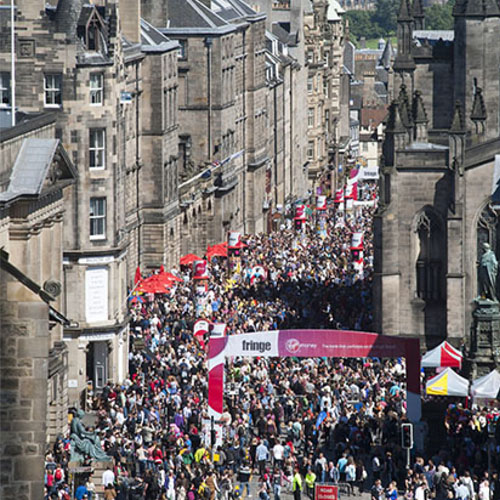 The biggest arts festival, not just in Edinburgh, but in the entire world - and the number of venues involved is just one example of why.

Hundreds of city stages, bars, cafes, offices, cellars, attics, bedrooms, telephone boxes and more become part of this epic mass - and as a result, you're never far from somewhere to duck out of the rain.

You may end up catching a show you hadn't even heard of when you woke that morning - and that spontaneity is one of the many joys of the Fringe, come rain or shine. 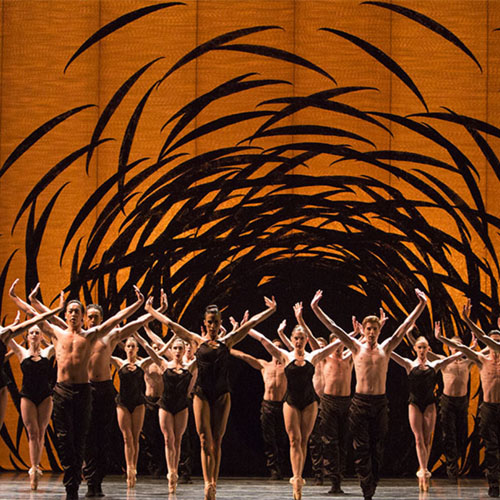 At the heart of the International Festival is the Hub, the main festival box office and also home to a lovely cafe which is perfect for making your next August selections.

With most of the world-class events at the International Festival taking place in fittingly grand locations, the risk of rain usually isn't too much of an issue.

In fact, only the festival's epic end-of-August fireworks display merits any real weather-related wariness - and you'll probably be too much in awe of the lights and music to care! 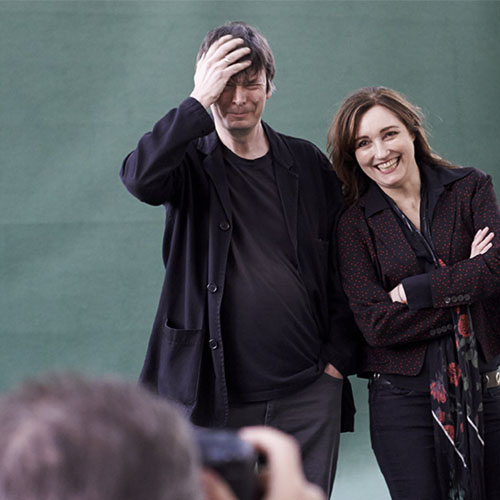 Offering probably more events per square metre than any other, the Book Festival presents a remarkable fortnight with many hundreds of events taking place in just one location, Edinburgh's lovely Charlotte Square Gardens.

The perimeter of the gardens is transformed into a tented village where authors and thinkers take part in readings, question & answer sessions and debates, safe from any bad weather.

Meanwhile in the centre is an open air space filled with deckchairs and lush grass - perfect for when it's sunny as usual, but mere yards from a tent if you feel raindrops. 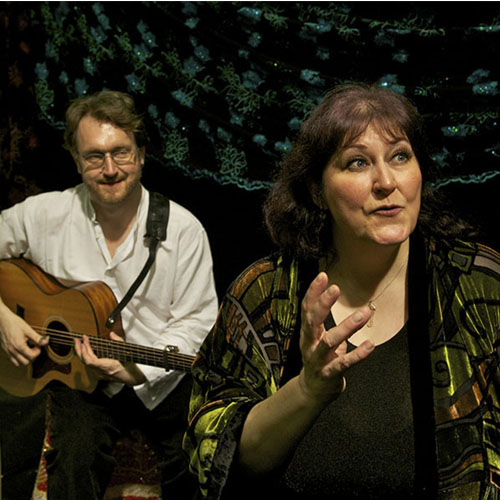 After the excesses of summer fade into a more reflective autumn, and the nights become longer and darker, the Storytelling Festival is a perfect opportunity to defy the wet and windy weather outside.

Master storytellers from across Scotland, Europe and the world gather listeners in intimate venues, warm atmospheric pubs and just about anywhere that a story can be told and enjoyed.

There's a hint of the supernatural about much of the festival, so if the wind is howling outside, then all the better! 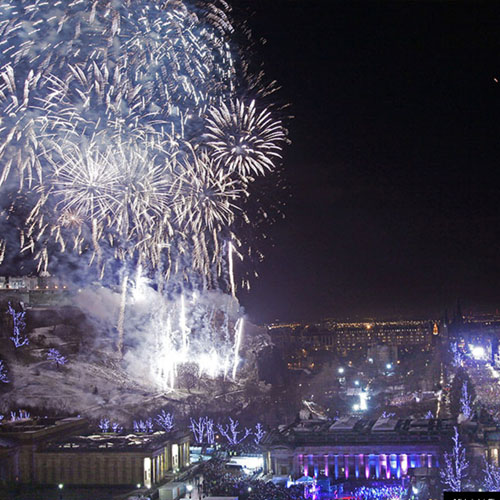 Vying with the Tattoo for the position of most exposed festival are the world famous Edinburgh's Hogmanay celebrations.

And while the former at least happens in August, let's not kid ourselves - Edinburgh in December is cold, and even more so if you're outside past midnight to see in the new year!

With great bands, ceilidh dancing, a stirring mass rendition of Auld Lang Syne and some of the greatest fireworks you'll ever see, you'll feel a warmth that goes beyond temperature. Just remember your woolly hat!