Modern meets tradition since 1950 at the Tattoo

When most think of The Royal Edinburgh Military Tattoo, they picture the thrilling sight of hundreds of pipers and drummers entering over Edinburgh Castle’s drawbridge, or the mournful sound of a lone piper playing a lament from atop the Castle Ramparts.

What many maybe don’t know, is that since the Tattoo’s inception, we have always included cutting edge music from the time. During the Swinging Sixties, Chubby Checker’s ’Let’s Twist Again’ was performed. This included mass audience participation, when in 1962 crowds joined the military musicians on the Esplanade to perform their own version of ‘The Twist’.

When Beatlemania hit Edinburgh, the Tattoo included its own rendition of ‘Can’t Buy Me Love’, which our audience received with relish – leaping out of their seats to dance along. 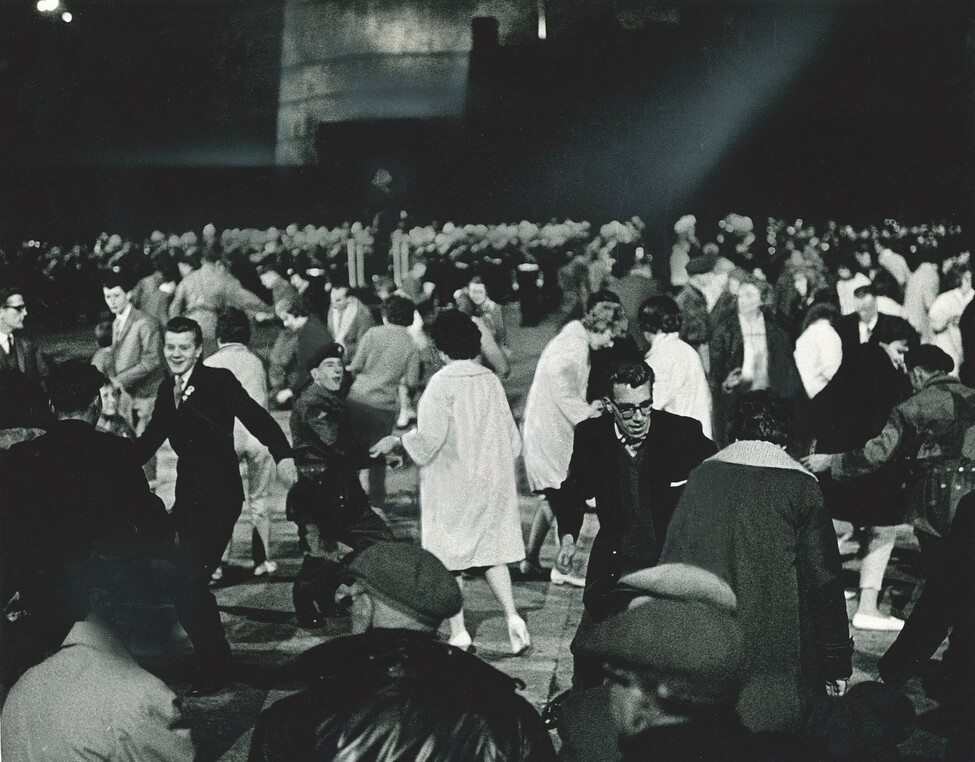 This heritage of mixing military tradition, with Scottish culture and contemporary music is as alive today as it has ever been. Our recent 2022 Show, Voices, highlighted this with Celtic fusion, electronic bagpipe music and the United States Department of Defence’s first ever Hip Hop Rap Artists.

Paired with projections designed by BAFTA winning, Kate Dawkins Studio, our 2022 finale included the song Blackbird by Martyn Bennett. A piper, violinist, composer and producer, Bennett was influential in the evolution of modern Celtic fusion music during the 1990s. Famously recording his acclaimed debut album in just seven days, he went on to headline Celtic Connections,  Edinburgh’s Hogmanay Street Party and the world premiere of Braveheart at Stirling Castle. Following his untimely death from cancer aged 33, Bennett’s legacy lives on through the Martyn Bennett Trust.

Adding fire, electricity and a booming bass line, we introduced electronic music for the first time this year. Titled ‘Electro Pipes’, our Tattoo performers fused the traditional instrument of the bagpipe and fiddle with contemporary electronic sounds, bringing audiences their version of The SIDH’s ‘Shake That Bagpipe’. A wildcard in our Voices Show, this act soon became one of the most popular, and cast and crew alike were delighted to watch audience members bopping along from their seats.

Another first for 2022, The United States Army Field Band made history, bringing rap to the Edinburgh Castle Esplanade. Staff Sergeants Nicholas ‘Nicco’ Feemster and Lamar Riddick made their performance debut as the Department of Defence’s first ever Hip Hop rap artists – they are both serving soldiers, and Grammy Award winners. Hip Hop has become one of the most popular music genres in not just the US but worldwide. The pair represent the evolution of military music, bringing a new form of storytelling to the military stage.

Music and expression come hand in hand, and it brings the organisation and cast great joy to see audience participation. Audiences this August did not disappoint, from dancing along to the New Zealand Army Band’s ‘Time Warp’, to singing Skipinnish’s ‘Walking On The Waves’, they made this year’s Show a roaring success.

We will return in 2023 with our production Stories. This will incorporate all the aspects loved of a Tattoo, military performance, cultural showcases, massed pipes and drums and of course the Lone Piper, and you can prepare for the surprise and delight that comes from our twist on tradition.