Backstage at the Edinburgh International Festival 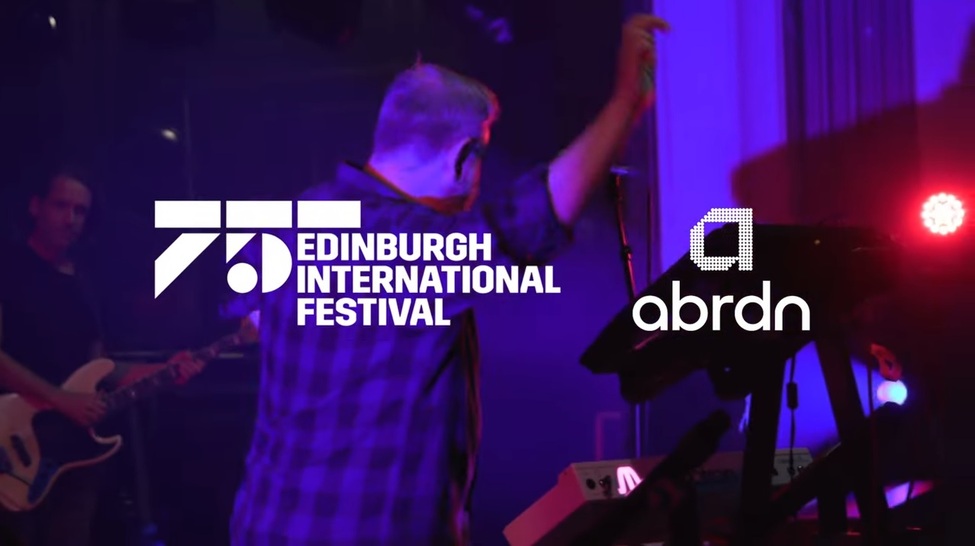 Arab Strap perform ‘The Turning of Our Bones’ at Leith Theatre

Kicking off our brand-new digital programme, At Home in partnership with abrdn, watch cult indie rock duo Arab Strap deliver an atmospheric rendition of ‘The Turning of Our Bones’ from their first new album in 16 years As Days Get Dark. Shot during the 2022 International Festival, Aidan Moffat and Malcolm Middleton perform with their band at Leith Theatre, bringing their characteristically dark lyrics and surly Scottish tones to the stage. Released over the next month, watch more intimate music sessions, concert performances and artistic short films across our channels.

Jordi Savall with Hespèrion XXI at The Queen's Hall

Watch musical pioneer Jordi Savall perform 'Der makām-ı Hüseynī Sakīl-i Ağa Rıżā (Mss. D. Cantemir 89)' with an ensemble of musicians from Hespèrion XXI, shot during rehearsals for their Queen’s Hall performance at the 2022 Edinburgh International Festival. Having performed at the International Festival for over a decade, it is delightful to see Savall and his fellow musicians captured in such an intimate setting on film, with their performance uniting the vibrancy of their craft with the warmth of their traditional folk techniques. Released across the next month, watch more intimate music sessions, concert performances and artistic short films as part of our At Home programme in partnership with abrdn across our channels.

From MACRO to micro, Brìghde Chaimbeul transport her impressive talent from our opening event at BT Murrayfield to a very intimate session backstage at Leith Theatre with a mesmerising rendition of ‘Clann Ulaidh’ as part of our digital programme At Home in partnership with abrdn. Playing the Scottish smallpipes, Chaimbeul is a leading contemporary performer of Celtic music and a native Gaelic speaker from the Isle of Skye. Though her style is rooted in her native language and culture, her performances take inspiration from a variety of global traditions. We are delighted to share Chaimbeul’s quiet and enthralling artistry with you. If you enjoyed this live performance, we will be releasing more intimate music sessions across the month, as well as concert recordings and artistic shorts in our film series Edinburgh is a Story.

Recorded in the soundcheck before his performance in Vocal, as part of the Refuge programme, Aref Ghorbani performs traditional Persian folk song ‘Segodar’ on stage at Capital Theatre’s The Studio for our digital programme At Home in partnership with abrdn. One of the oldest and most influential cultural traditions in the Middle East, Ghorbani’s performance platforms the history of Persian folk and classical music. Now more than ever, his artistry contributes to a vital rallying around the people and culture of Iran. If you enjoyed this live performance, we will be releasing more intimate music sessions across the month, as well as concert recordings and artistic shorts in our film series Edinburgh is a Story.

A traditional waulking song, this harmonious rendition of 'Na Gamhna Geala' was recorded for our digital programme At Home in partnership with abrdn outside stage door at Leith Theatre. Sian were there to perform as part of Niteworks: Comann at the 2022 Festival, a gig which brought together several musicians for a celebration of the Gaelic music scene. Sian, meaning ‘storm’ or ‘the elements’, originally formed in 2016 to celebrate Gaelic songs composed by women, with their self-titled debut album dedicated to the women who had shared their traditional songs with them. At Home in partnership with @abrdn showcases world-class artists in a digital programme of music sessions, artistic short films and concert highlights.

STOP PRESS: On 30 November, audiences are invited to join us on YouTube to celebrate St Andrew’s Day by watching a beautiful journey across Edinburgh as world class artists perform in stunning locations.