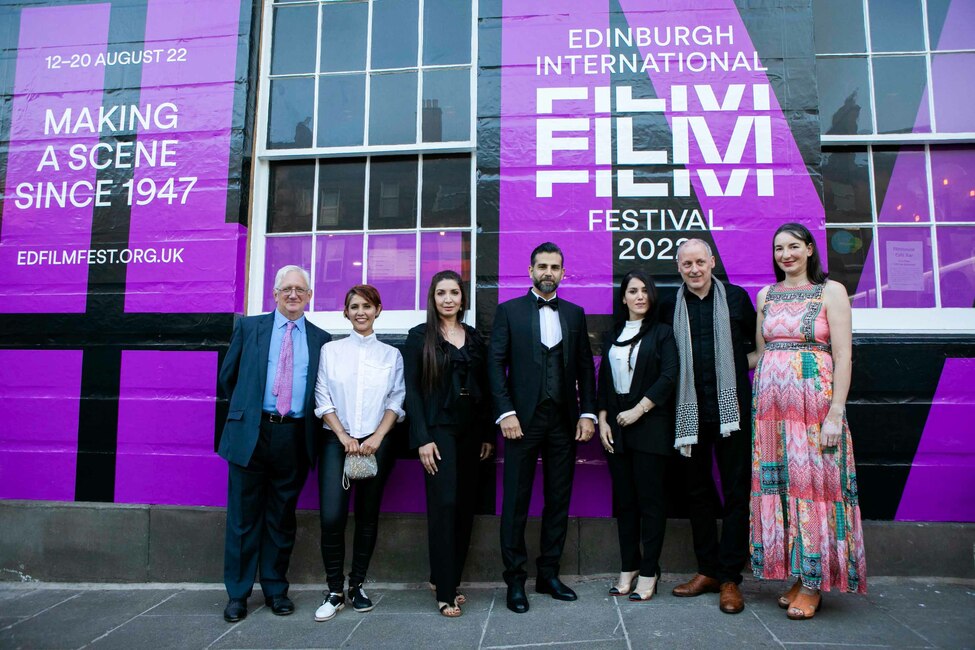 End of an Era

It is with a very heavy heart that we report the closure of the Edinburgh International Film Festival, alongside its sister organisations - Filmhouse Cinema and Café Bar in Edinburgh and Belmont Filmhouse in Aberdeen - and parent charity, Centre for the Moving Image (CMI), with the loss of over 100 jobs.

CMI is facing a perfect storm of sharply rising costs, in particular energy costs, alongside reduced trade due to the ongoing impacts of the pandemic and the cost of living crisis. The combination and scale of these challenges is unprecedented and means that there was no option but to take immediate action.

The Edinburgh International Film Festival was founded in 1947 by the Edinburgh Film Guild film society, and bills itself as the world’s oldest continually running film festival, with 2022 marking its 75th anniversary.

The board of the CMI has issued the following statement: “We have been proud to have led the CMI through incredibly challenging times, and in particular during the worst days of the pandemic. Unfortunately, the combination of sharply increasing energy and other costs, together with both the lasting impacts of the pandemic and the rapidly emerging cost of living crisis affecting cinema attendances, means that we have had no other option but to appoint administrators at this time.

“We would like to put on record our immense gratitude to the entire staff team whose passion for film as an artform and for the audiences and communities we work with and serve has remained undented by the challenges of recent years. We’re fully aware that this will be an exceptionally stressful time for them.”

The charity is facing a perfect storm of external impacts which have created an environment in which it is unsustainable to continue. The pandemic and cost of living crisis are the two biggest reasons for this, but the storm is made of many factors which impact on the two cinemas, the café bar operation and the festival:

Energy Costs: Even with the recently announced energy price cap for businesses, CMI’s energy costs are rising by approximately £200k over the next 12 months. The price cap is also only in place for 6 months and so planning beyond March 2023 is highly uncertain.

Payroll Costs: As a proud accredited Real Living Wage employer CMI is facing an increase of 10.1% in payroll costs over the next 12 months.

Public Funding: Public funding has been standstill or reducing for over 8 years and had been reducing in real terms value throughout that period. The more recent steep rise in inflationary costs reduces the real terms value even further. Additionally our funders and the Scottish Government have indicated that the outlook beyond March 2023 for public funding is highly uncertain, given the other pressures that they have, making planning and beyond that point almost impossible.

General Cost Inflation: This is running at between 10% and 30% for goods and services. There is no way of addressing this without passing on the cost increases to customers, but at a time when the cost of living crisis is beginning to hit more and more people this would make coming to the cinema less affordable for more people.

Trading: Cinema admissions at Filmhouse and Belmont Filmhouse have been running at approximately 50% of pre pandemic levels. Whilst this was sustainable in the short term with the emergency government funds, it is not sustainable in the medium term. More generally the global cinema exhibition sector continues to struggle post pandemic, with Cineworld being the most high profile example of the challenges the sector is facing.

Customer Behaviours: Surveys show that only 57% of cinema audiences have come back to the cinema since the pandemic, with older audiences less likely to have returned. The rise of streaming platforms has led to people having greater choice of what to watch at home, and has led to people getting out of the habit of coming to the cinema. The cost of living crisis is affecting people’s spending decisions. And audiences, when they do come out show preferences for special experiential events and escapism.

Public Health: There will likely be further spikes and waves of Covid and seasonal flu in the coming months which will affect admissions, booking patterns and staffing; meanwhile some audiences are still uncertain/resistant about coming into indoor public spaces

Tom MacLennan and Chad Griffin, partners with FRP Advisory, have been appointed joint administrators of CMI and will now focus on marketing the assets for sale. Any interested parties are asked to make prompt contact with the Edinburgh office of FRP Advisory on 0330 055 5455.

The administrators will also seek to transfer the brand and trademark of EIFF and again interested parties should make prompt contact.  They will move promptly to support the staff with any applications to the RPO (Redundancy Payments Office) for outstanding wages and/or holiday pay, and with accessing external employment support and training agencies, such as PACE.