Edinburgh is a Story

The trailer below gives a taste of Edinburgh is a Story and includes excerpts of Edinburgh Makar Hannah Lavery's poem of the same name. The poem was read by Lavery at the 2022 Opening Event, MACRO, and is now available to read in full.

The Festival commissioned Glasgow-based production company Forest of Black to produce Edinburgh is a Story, five short films which come together to create a beautiful journey through the city. Each is filmed in an iconic Edinburgh location and creates an intimate portrait of an artist featured in this year’s Festival. 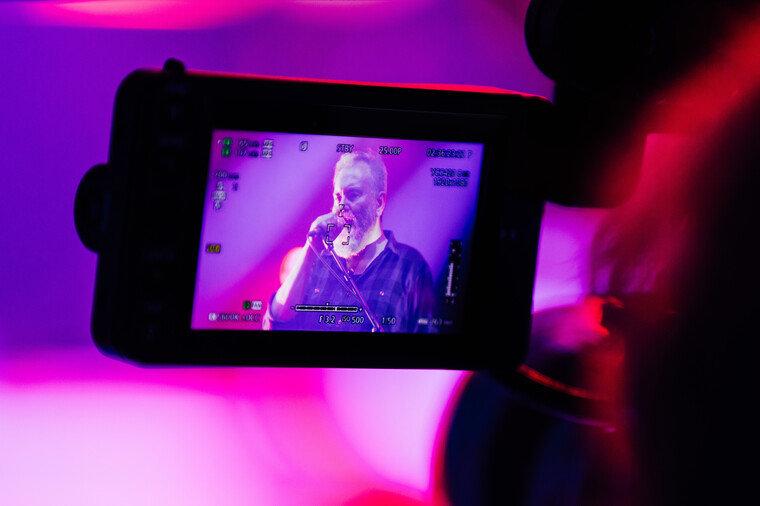 During this year’s Festival, three concerts were captured, including the joyfully epic Closing Concert. For this, Sir Andrew Davis conducts the Royal Scottish National Orchestra performing Elgar’s Dream of Gerontius from the Usher Hall, featuring the Edinburgh Festival Chorus and the National Youth Choir of Scotland. Neal Davies takes the title role in Handel’s Saul, joining Iestyn Davies and period instrument orchestra The English Concert under conductor John Butt for one of the true masterpieces of Baroque vocal music. British harpsichordist and conductor Richard Egarr leads a hand-picked ensemble of outstanding period musicians to perform Bach’s Brandenburg Concertos, each with its own distinctive character and sound.

The At Home programme takes place 27 October 2022 – 1 December with three digital releases per week, each released at 4pm, all freely available to be watched from anywhere in the world at eif.co.uk/at-home and on their YouTube Channel.

And on 30 November, audiences are invited to join the Festival on YouTube to celebrate St Andrew’s Day by watching a beautiful journey across Edinburgh as world class artists perform in stunning locations.