Our return to live festival events in Edinburgh continued this week and we've picked a further twelve moments from across our festivals family to try and bring you a sense of the buzz in our festival city. 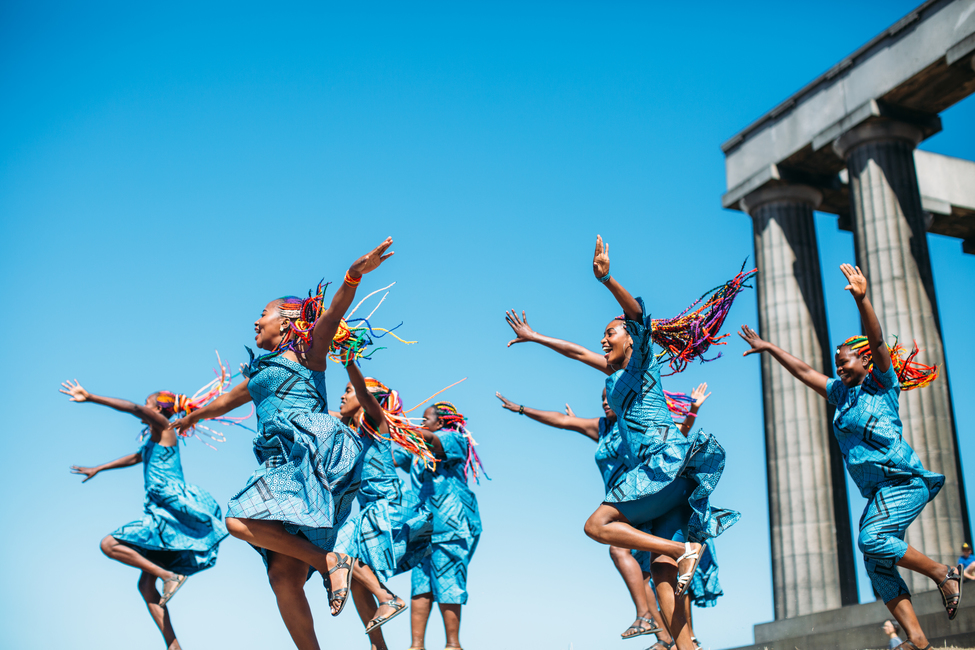 The internationally acclaimed Women Drummers of Rwanda, who shattered the cultural norms that forbade women from taking part in this profoundly joyful art form, took to the city's Calton Hill to promote The Book Of Life at the Edinburgh Internatinal Festival, which shares the powerful stories of those affected by the Rwandan genocide, in a performance filled with hope. 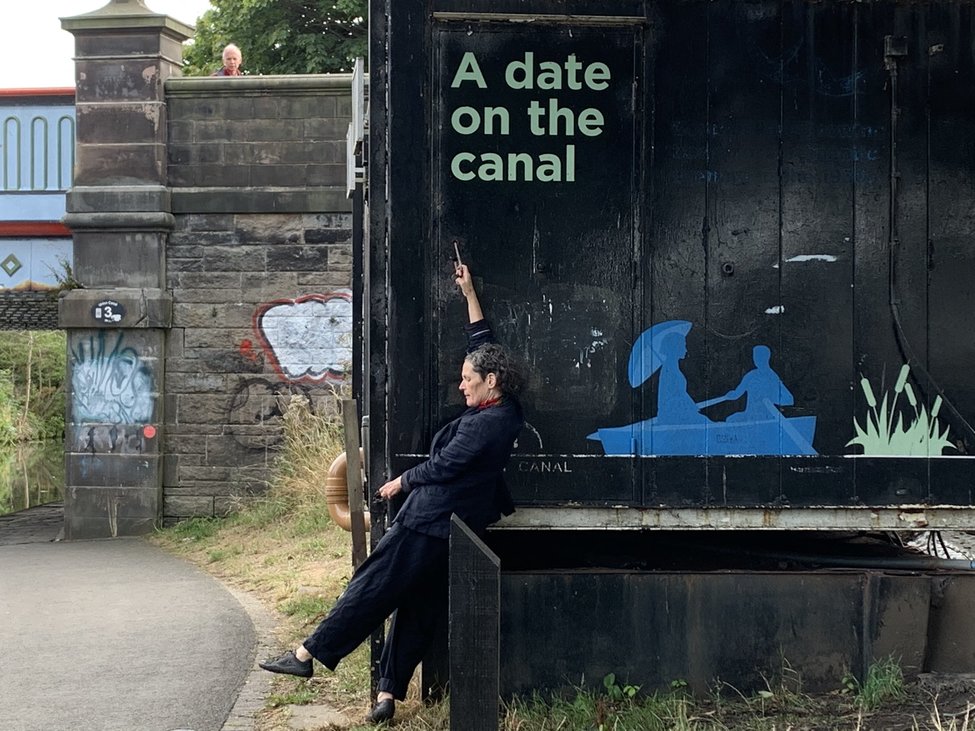 Titled Not Brittle, Not Rigid, Not Fixed, this work at the Edinburgh Art Festival saw Janice Parker start a new series of solo performances that explored the interplay between past and future, land and self - with Parker’s choreography leaning into the sensory elements of the Union Canal – its smells, sounds, textures – to investigate the role movement plays in our relationship to the natural world. 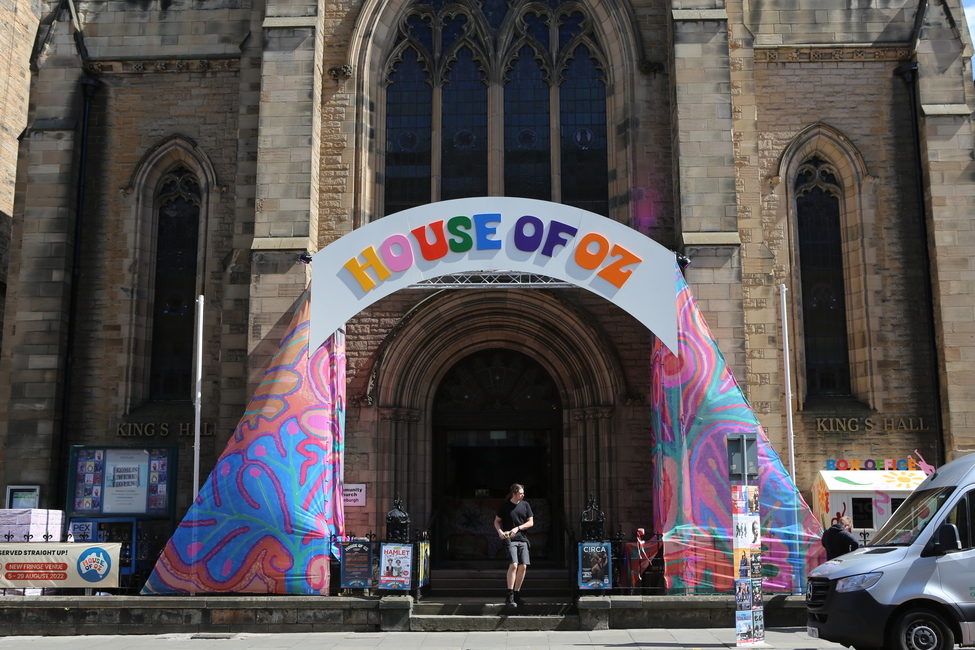 One of the many international showcases taking place in Edinburgh during August can be found in the House of Oz, a brand new venue on the Edinburgh Festival Fringe, an all-Australian celebration of talent, culture and creativity, for the August Festivals - in the transformed space of King’s Hall, now a stage for some amazing artists to produce a heady mix of sparkling entertainment, alongside the gorgeous Aussie grub, wine, beer and cocktails you’ll find Outback in their secret garden. 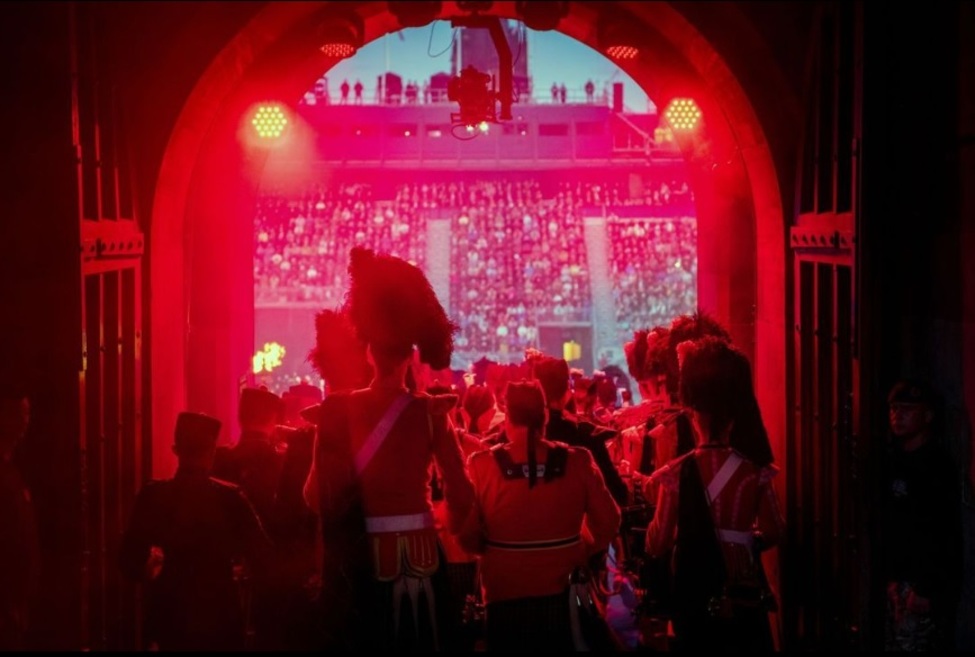 It's not often that audiences get this view of the Royal Edinburgh Military Tattoo - the entrance of the Massed Pipes and Drums on to the Castle Esplanade, through the Gates of Edinburgh Castle, makring one of the highpoints of the show, this and every year - showcasing as its does some of the traditional images of the Tatto that have gone around the world and created its profile as a mus see event. 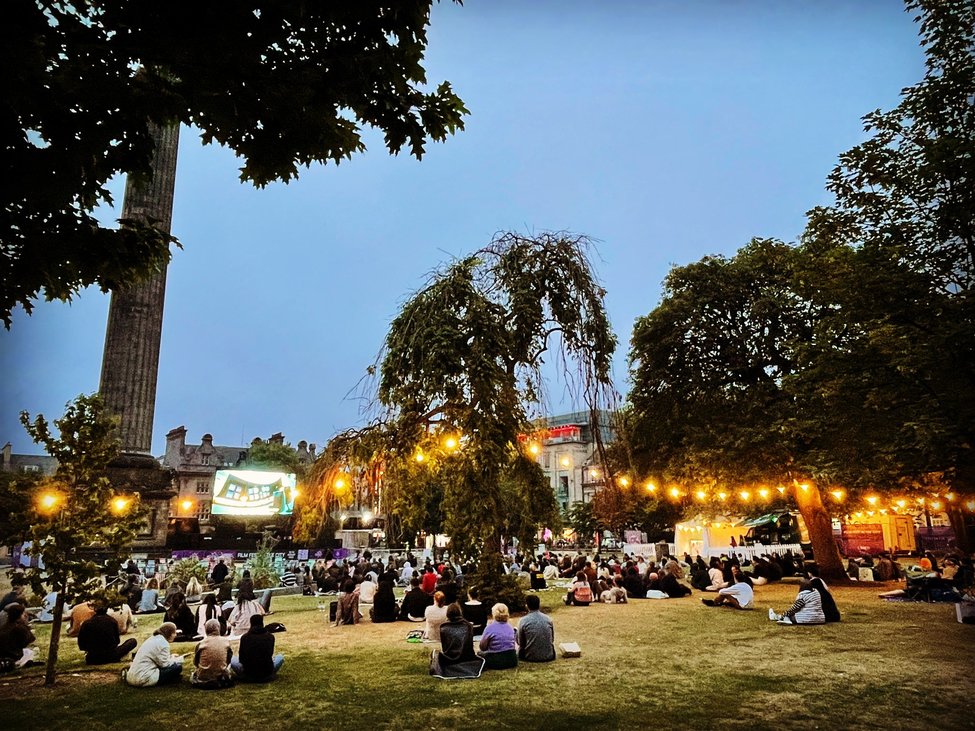 Presenting an ambitious and free programme of family favourites, timeless classics and blockbusters, in partnership with Essential Edinburgh, the Edinburgh International Film Festival made its return to one of the city’s most iconic locations, St Andrew Square, with ‘Film Fest in the City’ - an opening weekend of free outdoor screenings [c8 films per day] on a special large scale cinema screen, with a wide range of food and drink on site to keep the crowds refreshed before, during and after each movie. 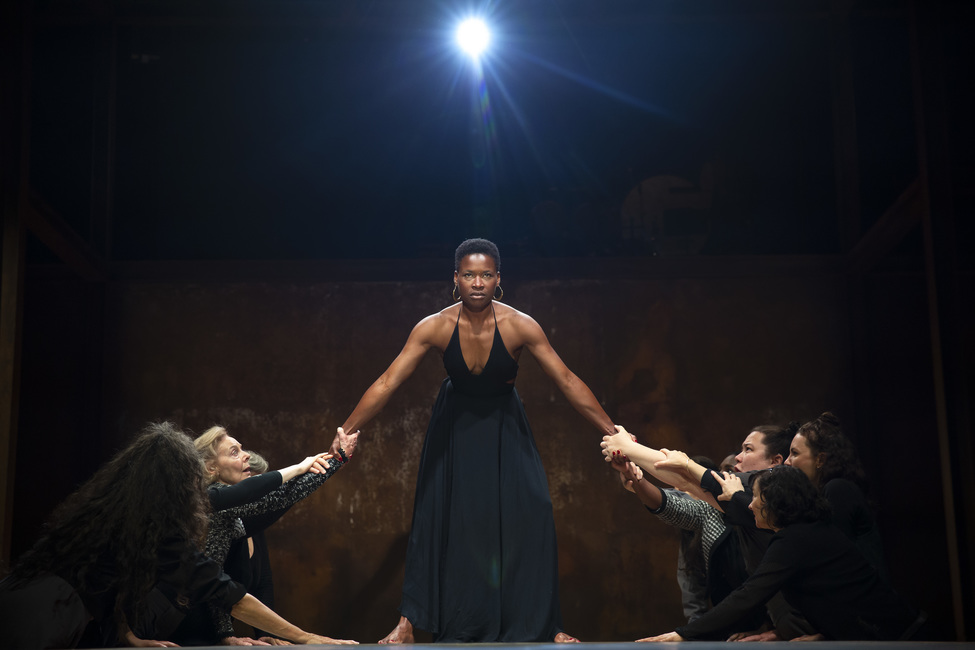 A highlight of the Edinburgh International Festival's theatre programme is Liz Lochhead’s gripping retelling of Euripides’s ancient drama Medea which took up residence in the Festival’s home, The Hub. This new production from the National Theatre of Scotland is rich with Liz Lochhead’s poetic, Scots-inflected language, while Michael Boyd directs a Scottish company with award-winning actor Adura Onashile in the title role bringing a visceral intensity to her portrayal of Medea or, as the Guardian put it in its five star review - "Adura Onashile exudes awesome authority in bloody tragedy". 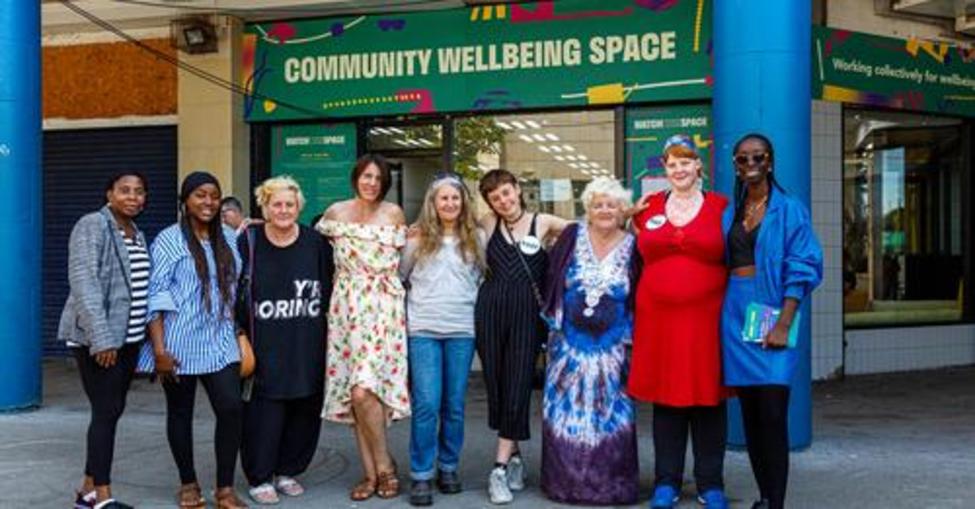 Community Wellbeing Collective (C.W.C.), a group of residents from Wester Hailes and local surrounding areas, present Watch this Space as part of the Edinburgh Art Festival – a space for all to develop together and to experience what community wellbeing is and could be. Throughout the Festival, the space will host activities by C.W.C. members, with gatherings and workshops led by invited guests, expanding the context of community wellbeing and collectively imagining the future of community. 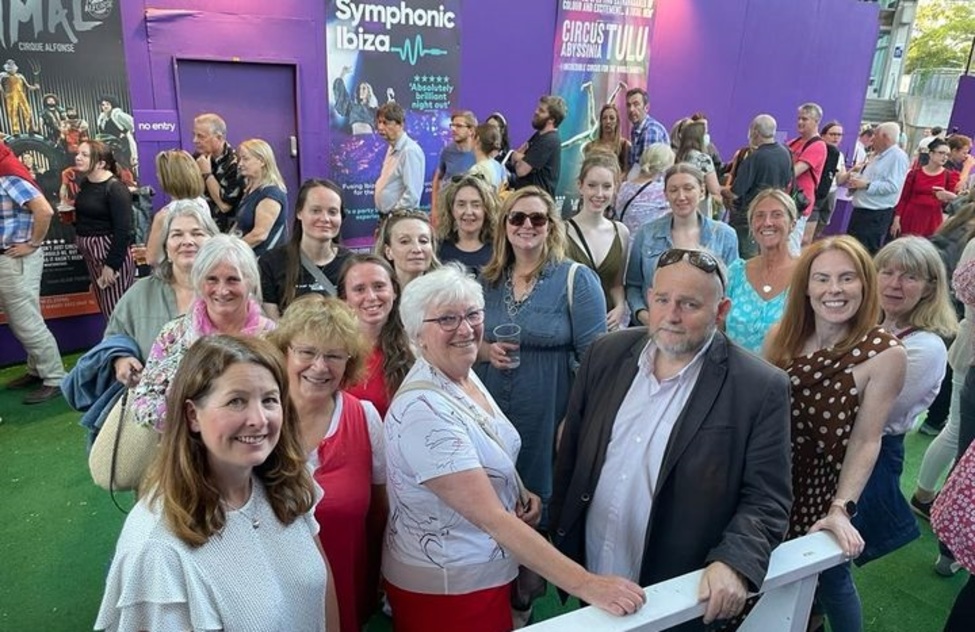 The Fringe Days Out scheme aims to break down any barriers that might prevent groups and individuals coming to the Fringe, and provides Edinburgh-based charities and community groups with free Fringe ticket vouchers and bus passes. Vintage Vibes Edinburgh are one such group - helping tackle social isolation and loneliness among Edinburgh's over-60s, using friendly volunteers to offer companionship - and their volunteers wre invited along to enjoy a well deserved day out at some festival shows. 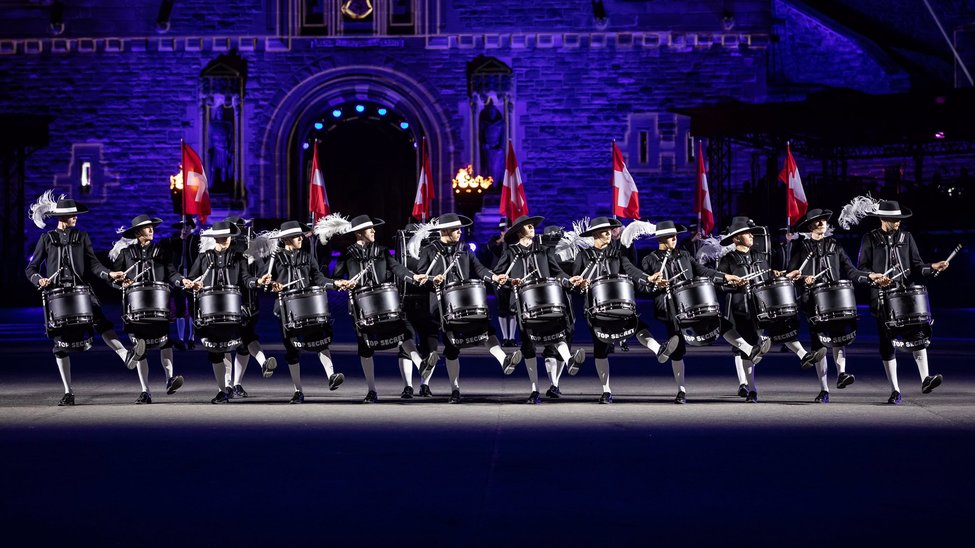 Swiss drumming sensation, The Top Secret Drum Corps, are one of the smash hits of this year's Royal Edinburgh Military Tattoo, with the iconic drummers wowing fans with their dynamic precision drumming showcase, which has received global recognition since first performing in the Tattoo back in 2003 - not long after the seven young drummers, who wanted to preserve Basel’s rich drumming heritage, began mixing the traditional style of drumming with other drum types and striking visual effects. 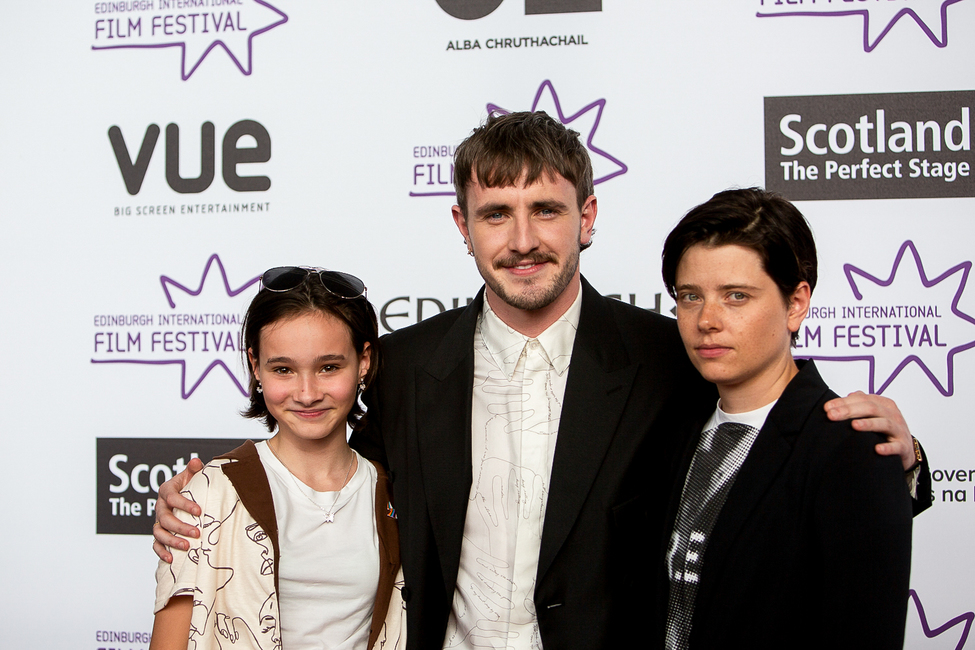 The Edinburgh International Film Festival formally openned its doors this week with the gala UK premiere of Charlotte Wells’ debut feature film Aftersun starring Normal People actor Paul Mescal and Frankie Corio, with the film fresh from the Cannes Film Festival where it won the Jury prize for its story of a young woman  reminiscing about a holiday she took with her single father as a child. 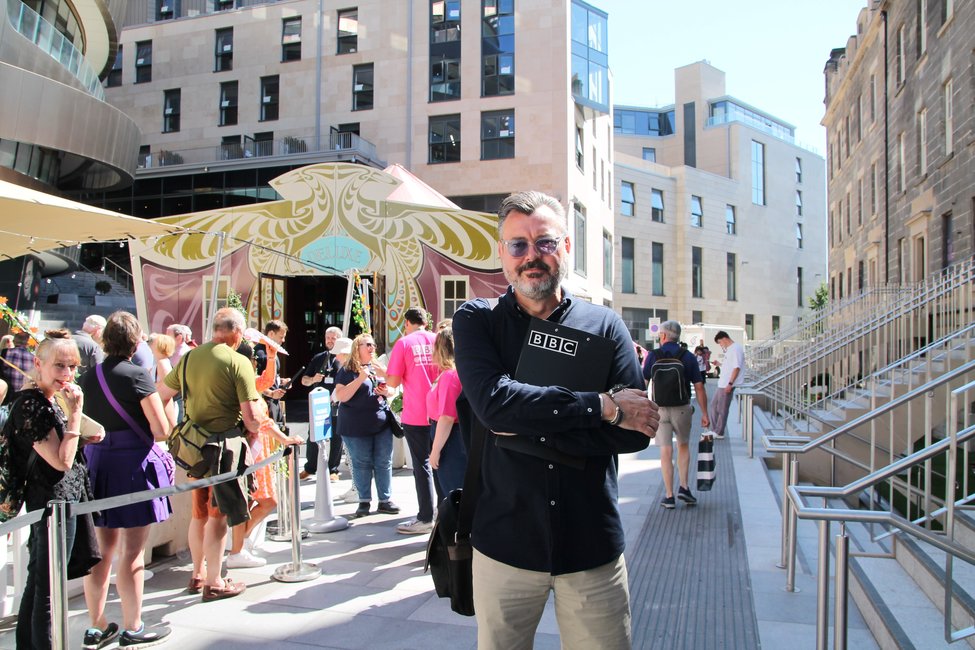 Every year the BBC takes up residency in Edinburgh, creating a pop-up base for a wide range of live and recorded shows, with the latter broadcast across TV, iPlayer, radio and BBC Sounds throughout the year. Highlights this year include a new documentary on the history of the Fringe Festival, a broadcast of the Royal Edinburgh Military Tattoo 2022 show, three weeks of Radio 3 programming from the Edinburgh International Festival, a new collaboration between BBC Writersroom and the Popcorn Writing Award, and lots of live broadcasts from across Radio 2, 3, 4 and 5Live.