10 Highlights for the Film Festival

To help you find your way through this year’s programme, here are 10 films to look out for.

https://youtu.be/n42XX59QC6A For his feature debut, lawyer turned filmmaker David Easteal has crafted a formally daring film, which offers a unique examination of contemporary Australian society through the eyes of a singular protagonist. On his daily commute, Andrew eases the traffic jam with phone calls to his mum and wife. Sometimes he gives a lift to his younger colleague (played by Easteal himself) and through these interactions, which span the mundane, philosophical and quietly aspirational, we build a picture of Andrew. A film of deceptive simplicity, Easteal’s critically acclaimed debut rewards those who invest in its cumulative approach with an ultimately touching experience.

Nana (Before Now & Then)

https://youtu.be/mEz5Upgcn-c Kamila Andini has been delighting international festival audiences with stories of young people navigating the world in films such as The Seen and Unseen (2017) and Yuni (2021), but for their latest film the director shifts gear, delivering an intoxicating period drama about the unlikely but deeply moving friendship between two women in the politically turbulent, post-independence years in Indonesia. Following its premiere in the official competition at the 2022 Berlinale, UK audiences are set to see one of this year’s most sumptuous films, infused with ghosts, memories and quiet passions. 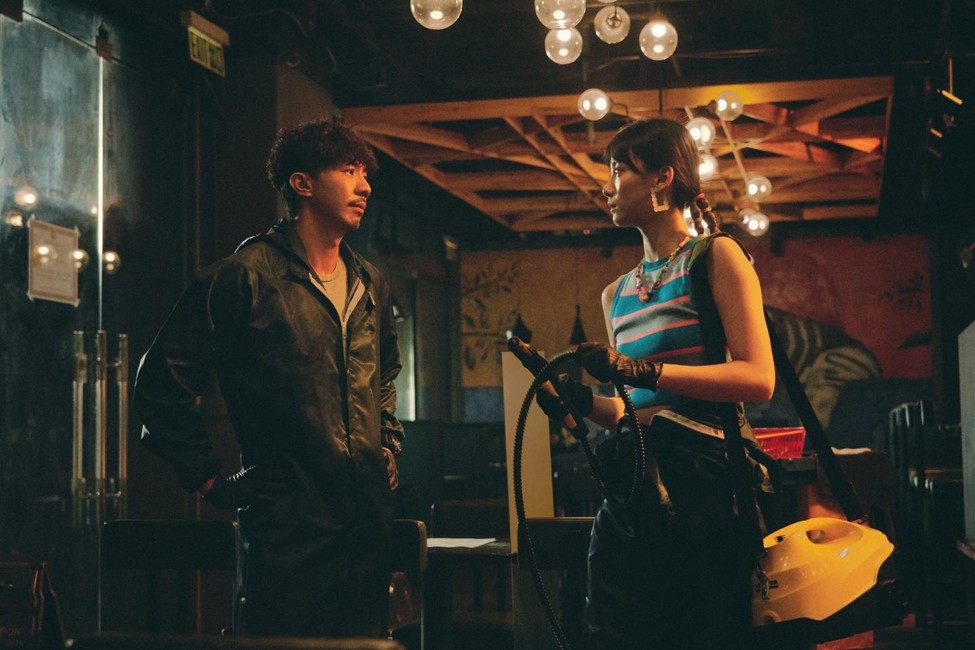 World premiering at EIFF 2022, Lam Sum’s debut feature is further proof that films are so much more than their storylines, the Hong Kong director conjuring a tender and unerringly charming drama from a potentially depressing plot. Struggling small business owner Chak (Cantopop singer Louis Cheung) hires young single mother Candy (rising star Angela Yuen) to help with his industrial cleaning company, but their bond is tested by the challenges of working through the COVID-19 pandemic. Unsentimental yet optimistic in its depiction of a chosen family weathering tough times, The Narrow Road is beautifully acted and boasts stunning night-time photography of a most cinematic city.

https://youtu.be/RSpXhvp39S4 Can charismatic actor Pablo get over his ex-boyfriend? How is it possible to build boundaries? Did you know that pop star Ke$ha had sex with a ghost? This beyond-charming Chilean comedy-drama follows the travels of a haunted vintage cardigan, exploring the burning concerns of a circle of queer creatives in contemporary Santiago. Turning 30, stalled in career and love, Pablo is seeking a sign, but when his flatmate moves out and he’s left holding the dog, the house plants and some snazzy mystical knitwear, what’s a dude to do? Shaggy, supernatural and contemporary, the vibes in Roberto Doveris’s second feature are irresistible.

https://youtu.be/iQk3IfJZaE4 This poignant documentary by Swedish-born, Glasgow-based director Marie Lidén spotlights a case of electromagnetic hypersensitivity (EHS), the medically disputed but nonetheless debilitating condition that Better Call Saul fans will remember affected Michael McKean’s character Chuck. Electric Malady’s subject, William, is a forty-something Swede whose symptoms have become so severe that he now lives in tragic isolation in the countryside, shrouded in ghostly blankets to shield himself from the radiation emitted by modern technology. Using a hand-cranked 16mm camera to safely get close to him, Lidén’s deeply empathetic investigation was prompted by personal experience: her mother also suffered from EHS.

https://youtu.be/shTIi1BryuI Viewing the staging of Licht, an ‘unstageable opera’, is like watching a horror film for arts workers – produce a 29-hour performance featuring 500 performers, including a string quartet in four separate helicopters, you say? And sure, this documentary captures all the ego flare-ups you’d expect, as well as being an archive-rich primer on Karlheinz Stockhausen’s atonal music. Pioneering a radical polyamorous lifestyle, the composer also emerges as a man who inspired intense devotion from talented women, yet meted out withering cruelty to his offspring. It makes this a fascinating addition to a favoured micro-genre: films that ask ‘what happens when geniuses have kids?’

https://youtu.be/xP_JmBEx1Pg Physical and metaphorical structures are juxtaposed in Abner Benaim’s visceral drama Plaza Catedral. The sharp corners of a stairway entrap stern architect Alicia (Ilse Salas) on the night she finds a bloodied boy on the steps leading to her apartment. Spaces contract and expand as the two prance around one another, the heaviness of life’s many burdens contrasted with the pained lightness of emotional emptiness. It’s a deeply effective dance, and a heartbreaking one too, anchored in pained realism by the central performances, which grant a stirring tangibility to this polished examination of violence and grief.

https://youtu.be/aIa6vtxfNBE Most university students would gladly welcome an impromptu visit by their parents after a long stretch of separation. Fereshteh (Sadaf Asgari), however, is far from your regular student: she has recently given birth to a little girl in complete secrecy from her family. Ali Asgari’s piercing second feature follows the young mother as she rushes through the bustling streets of Tehran in an anxiety-inducing battle against the clock. This tightly-crafted drama cleverly harnesses classic thriller tropes to turn a daycare dilemma into a nail-biting pondering on gendered roles and motherhood in contemporary Iranian society. The result is a thrilling and illuminating feat.

https://youtu.be/xiAiPvKnD6I Expecting mother Valeria (Natalia Solián) starts seeing creepy visions of faceless figures, hearing bones crack all around and spiders everywhere. These visions don’t affect anyone else, and her partner and doctors are quick to say it’s all in her head. After her child is born, Valeria takes a journey back into her old life and all the things she chose to leave behind. A genuinely terrifying horror, director Michelle Garza Cervera takes the jitters and nerves of first-time motherhood and crafts a story of universal fear: the fear of losing your own identity.

https://youtu.be/JWxs4tLOskk Amanda Kramer is a filmmaker of a rare kind. Completely unique, watching one of her films (and she’s got two in this year’s festival) is like stepping into another universe. In Give Me Pity! we’re welcomed to the one-woman pity party of flailing TV star Sissy St Claire (Sophie von Haselberg). She gives us song and dance numbers, a stand-up show and even a deranged, knife-wielding stalker. A glittery and disco-infused mushroom trip of a film, Give Me Pity! is completely spellbinding and unlike any other film you’ll find at the festival.

The Edinburgh International Film Festival runs from 12 to 20 August 2022 and you can browse the full programme online HERE or download the Festival Brochure PDF.