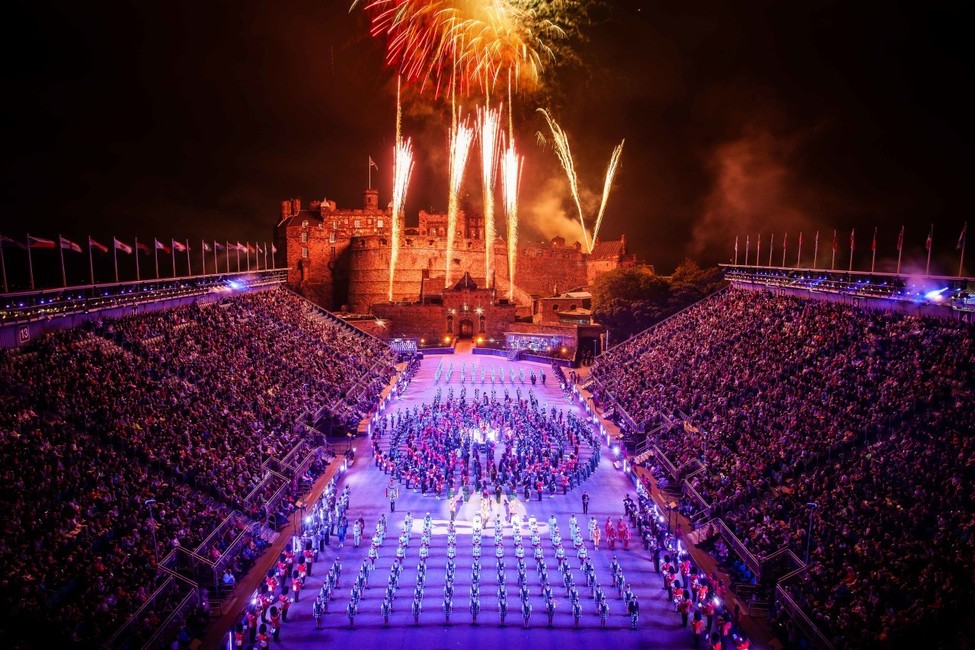 Every year The Royal Edinburgh Military Tattoo showcases talented home grown and international groups in their massed pipes and drums - in a series of performances that, audiences will assure you; is not to be missed! Come along to see these great acts live on the Castle Esplanade this August.

Joining our massed pipes and drums this summer are @2SCOTS_PDandB. They are one of the five battalions and an independent ceremonial Company of The Royal Regiment of Scotland.

The Highlanders, 4th Battalion The Royal Regiment of Scotland Pipes & Drums (4 SCOTS) will be jalso oining our massed pipes and drums cast. In addition to their primary soldiering role, 4 SCOTS represent the Battalion and wider Regiment all over the world as pipers and drummers.

Keep an eye out for the @3_SCOTS Pipes and Drums in our 'Voices' massed pipes and drums! The name The Black Watch comes from the Gaelic 'Am Freicudan Du', which refers to their dark tartan as well as their original role watching over the Highlands.

The @RoyalAirForce Pipes and Drums are recognisable by the Royal Air Force Tartan. This tartan was endorsed by the Air Force Board in 2003 and first worn at our 2004 Show. See if you can spot them in our 2022 massed pipes and drums.

New Zealand group, The Pipes and Drums of Christchurch City was formed in 2009 by performers wishing to extend the reach of piping and drumming as an art form. Their expert musicianship will be on display at our 'Voices' Show.

Founded in Germany in 2007, the Crossed Swords Pipes & Drums were created to bring together civilian and military musicians. They've played at many military occasions in Germany and performed at our Show in 2011, 2015 & 2017. We look forward to welcoming them back next month!

Hailing from Queensland, Australia, the Brisbane Boys' College Pipe Band has a proud history, initially formed as a Fife and Drum Band in 1939, with pipes added in 1940. They joined us in 2018, and we'll give them a big welcome back this August!

The Paris Port Dover Pipe Band will be joining us from Canada and are recognizable by the Lamont Tartan they wear. This band has impressed audiences at performances and competitions locally, nationally, and internationally.

Our own house band, The Royal Edinburgh Military Tattoo Pipes and Drums, allows us to build a sustainable network of pipers and drummers. We're proud to showcase their talents on the Castle Esplanade each August.

The Royal Edinburgh Military Tattoo runs from 5 to 27 August and you can find full performance and ticket information HERE.