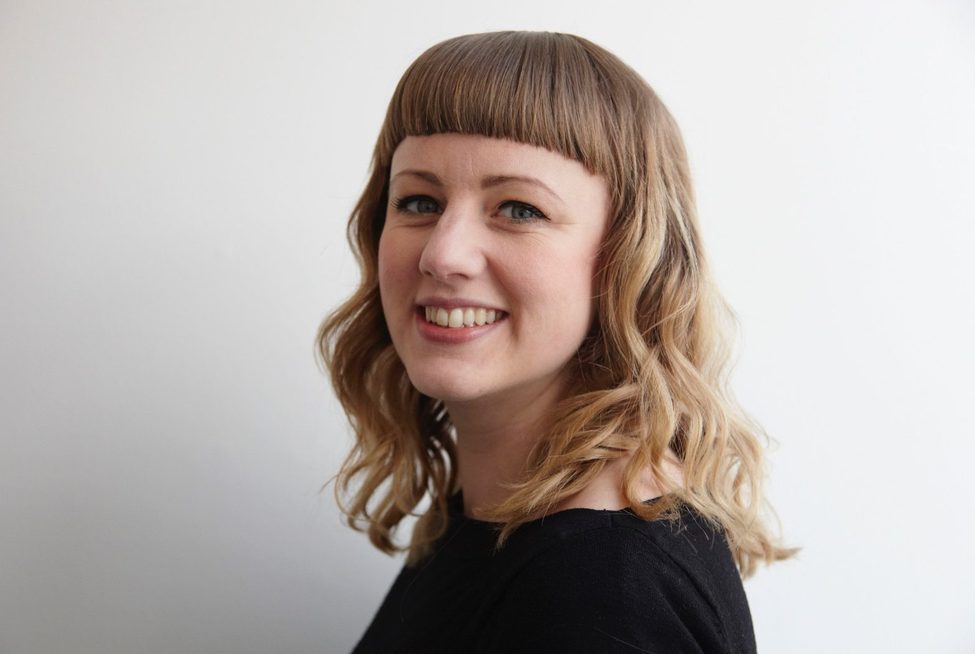 The UK’s largest annual festival of visual art is delighted to announce Kim McAleese as its new Director. She takes up the position ahead of the 18th edition of the festival, which returns from Thursday 28 July to Sunday 28 August 2022.

Founded in 2004, Edinburgh Art Festival (EAF) is the platform for the visual arts at the heart of Edinburgh’s August festivals, bringing together the capital’s leading galleries, museums, production facilities and artist-run spaces in a city-wide celebration of the very best in visual art. Each year the festival comprises newly commissioned artworks by leading and emerging artists, alongside a rich programme of exhibitions curated and presented by partners across the city.

As Edinburgh celebrates 75 years since the foundation of its August festivals, McAleese joins Edinburgh Art Festival to deliver an ambitious, compelling and strategic vision for its future growth and success.

In her most recent role at Grand Union [Birmingam], Kim commissioned work for the gallery, for public realm locations across Birmingham and for digital platforms – with recent highlights including: commissioning Cooking Sections (The Empire Remains Shop – Birmingham, 2019 – 2022);  Jamie Crewe (Love & Solidarity, co-commission with Humber Street Gallery, Hull, 2020); and working on significant projects with artists such as Asad Raza, Emma Hart, Prem Sahib, Uriel Orlow, Susie Green; and collaborating with Alberta Whittle and women’s groups in Birmingham for her Scotland & Venice project for Venice Biennale 2022, opening on the 23 April.

In larger public realm projects, Kim is co-founder and co-director of Household Collective, Belfast (nominated for the Paul Hamlyn Breakthrough Award 2013). Household has connected with organisations such as Artangel (London), Creativetime (New York) and Irish Museum of Modern Art (Dublin) to deliver interventions, commissions, and events. McAleese also led on a community artwork created by Bob and Roberta Smith in 2015 as part of 14-18NOW, a major programme of art commissions across the UK, and has worked on large-scale visual art projects for Belfast International Festival.

Scotland has always been close to my heart, and I cannot wait to begin working there. Over the past few years, I have learned so much from artists working and living there, so really hope to continue these relationships and have them flourish. Collaborative working and co-commissioning has been an essential part of how I operate and see the world, and really hope to bring that to the festival.

The EAF Board of Trustees are delighted to welcome Kim as the new Director, joining the festival at an important moment of development. Kim’s career has demonstrated her outstanding commitment to artists, audiences and partnership working, and the Board and I am confident she will bring the same dynamic vision and collaborative leadership to EAF.

We’d like to congratulate Kim McAleese on her appointment and look forward to welcoming her to Scotland. The Edinburgh Art Festival contributes significantly to the cultural offer of the city and is an important and valued force for good within the wider contemporary art sector in Scotland.  Following the disruption of Covid over the last two years Kim joins the festival at an important time and we’re excited to see how her curatorial vision and commitment to artists and audiences will shape its work into the future.

Supporting artists during COVID, Kim was part of the UK Artist Emergency Grant Writing Lockdown with Autoitalia, Chisenhale Gallery and Gasworks (all London). Regularly mentoring curators based in the UK, and a Visiting Lecturer at the University of Birmingham, McAleese has lectured at universities and for institutions including British Council, Tate, CCA Derry Londonderry (Northern Ireland), SOMA Mexico and Tensta Konsthall (Stockholm). She has contributed to Frieze Magazine, Aesthetica and Corridor8 Journal, and was recently a guest on Robert Diament and Russell Tovey’s popular arts podcast, Talk Art.

Kim was selected for awards including Arts Council England DYCP awards in 2019 and has held curatorial residencies in Buenos Aires, Mexico City, Derry-Londonderry, and San Francisco. She was the first recipient of the Arts Council of Northern Ireland Career Enhancement Scheme for Curatorial Practice and was one of the participants in the first European Independent Curators International Curatorial Intensive in 2013.

In Scotland, Kim has worked closely with LUX Scotland and with DCA Dundee. At DCA, she co-curated Seized by the Left Hand (2018 – 2020) with Eoin Dara – an international group exhibition which took Ursula K. Le Guin’s influential science fiction novel The Left Hand of Darkness (1969) as a starting point to explore resistance against normative categorisations of gender, sexuality, bonding and kinship..