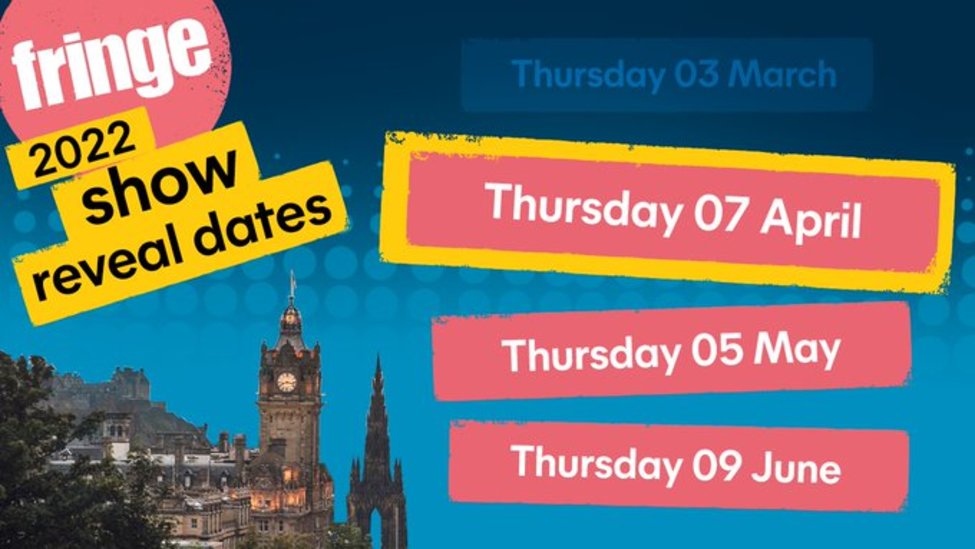 This is the second set of tickets to be released for 2022, with the first 283 shows revealed in March. In total, there are 796 shows now available, with more set to be announced on Thursday 05 May and Thursday 09 June. The official programme launch will take place on Thursday 07 July.

The 75th anniversary of the Fringe takes place from 05 – 29 August 2022 and will feature an exciting range of shows, with theatre, comedy, music, dance, circus, musicals, variety, cabaret, events and more all featured in the programme so far.

Below is a small representative sample of shows available to book from today. The full list of shows released so far can be found at edfringe.com.