Highlights of the 2022 Edinburgh International Festival

https://www.youtube.com/watch?v=pA-yzMt3Yio After two years without a full-scale Festival, we’re absolutely delighted to return for 2022 with a jam-packed programme of over 80 events across the city, celebrating 75 years of bringing world cultures together. With so much to choose from and discover, we’ve put together a list of highlights to help you dive into what this year’s Festival has to offer. 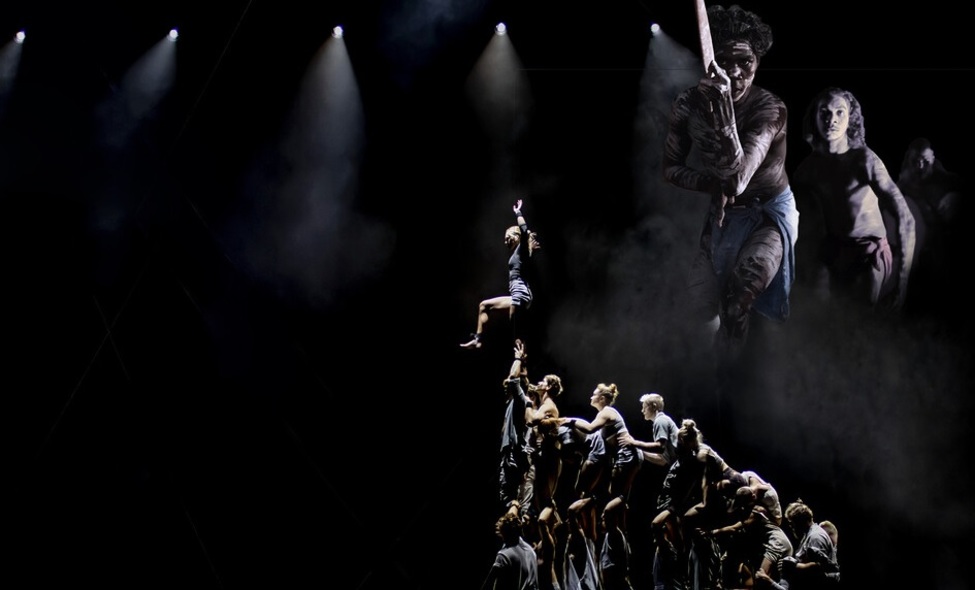 This year’s International Festival opens on Friday 5 August with MACRO - a free, outdoor performance of jaw-dropping acrobatics, dance and live music, created as a collaboration between Scottish and Australian artists. Combining traditional Celtic music with indigenous Australian dance, this event is a true celebration of both cultures and kicks off the Edinburgh International Festival’s contributions to the UK / Australia Season. Join us at BT Murrayfield stadium for a heart-in-mouth display of skill, daring and superhuman coordination. Tickets and full details to be announced on 27 June. 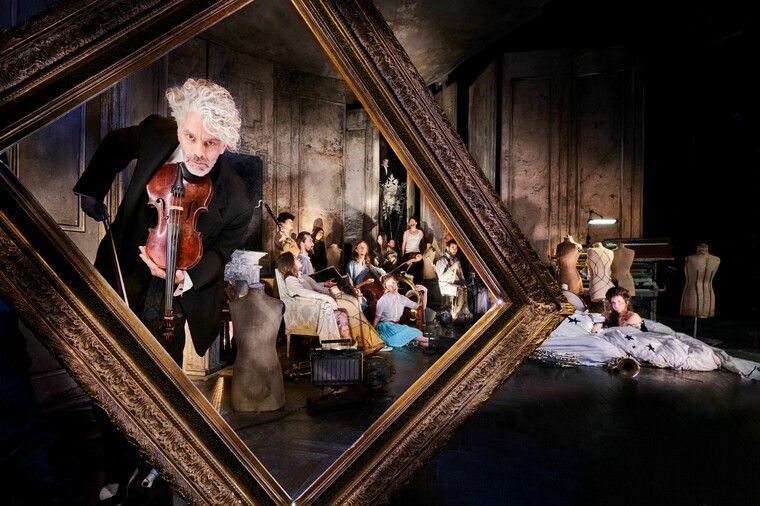 We’re excited to return to iconic Edinburgh venues for the first time since 2019 as we explore new ground in our theatre programme. The National Theatre of Scotland presents Liz Lochhead’s modern twist on the Greek tragedy Medea at our home in The Hub, while our four-year residency at Leith Academy culminates in Muster Station: Leith– an immersive performance that takes audiences on a journey through the transformed school buildings.

The stories in our theatre series hail from all around the world – from Sri Lanka and Australia in the moving multigenerational tale woven by Counting and Cracking, to shape-shifting Swiss artist James Thiérree’s latest hallucinatory spectacle ROOM. Dutch powerhouse Internationaal Theater Amsterdam presents epic adaptations of literary sensations from American and German authors with A Little Life and The Magic Mountain. The third part of our Dutch trilogy has a similar international genesis: The End of Eddy is adapted from the bestselling memoir by French author Édouard Louis, directed by Norwegian rising star Eline Arbo and performed in gloriously chaotic style by four emerging Dutch actors. Closer to home, Alan Cumming uncovers the true character of Scottish bard Robert Burns in the quintessentially Scottish Burn. 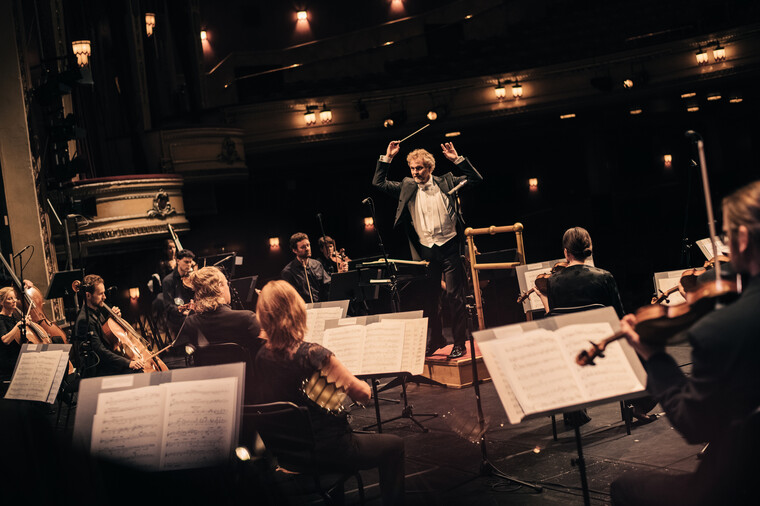 We can’t wait to be back at The Queen’s Hall and Usher Hall, as symphonic orchestras and international soloists make a return to these spectacular venues in full force. Our classical music series is packed with iconic pieces, from the roof-raising Carmina Burana in our joyful Opening Concert, to Beethoven’s famed Ninth Symphony performed by the renowned Philadelphia Orchestra as part of their residency with us this year. London’s Philharmonia Orchestra also takes up residence, showcasing its versatility with a series of concerts that range from tackling mighty orchestral works by Beethoven and Shostakovich to playing in the pit for Dvořák’s haunting opera, Rusalka.

There’ll be plenty of opportunities to experience both brand-new works and rediscovered gems. The London Symphony Orchestra’s programme includes a world premiere from composer Daniel Kidane, the Chineke! Chamber Ensemble will perform the European premiere of work by Australian didgeridoo player William Barton, and South African soprano Golda Schultz returns for an International Festival solo recital with a concert of rediscovered songs by female composers, from the Romantic era to today. Musical pioneer Jordi Savall brings together outstanding performers from Europe, the Middle East, India, China and North Africa to play music dating back to the 14th century in Ibn Battuta: The Traveller of Time,a musical voyage around the early modern world. 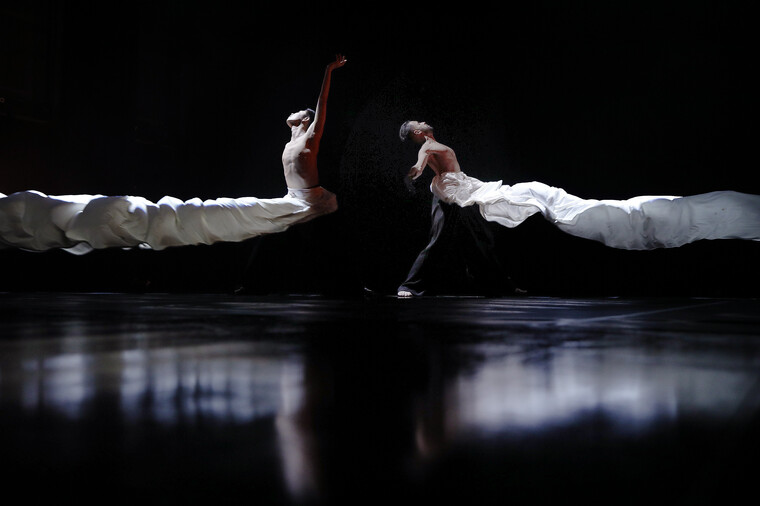 Classic stories and legends are reinvented for the modern world this year’s enthralling dance programme. Akram Khan Company’s Jungle Book reimagined retraces Mowgli’s journey through the eyes of a climate refugee, Aakesh Odedra’s Samsara draws from Chinese and Indian mythology and traditions and Scottish Ballet’s Coppéliareworks this dark comedy for the digital age.

After opening our Festival in spectacular style at BT Murrayfield, Australia’s premier circus company Gravity & Other Myths takes to the Edinburgh Playhouse stage for breath-taking performances of their acclaimed show The Pulse, including a special matinee performance for families. As part of Refuge, our series of works centred around themes of internationalism and migration, We are Monchichi explores how we connect to others across different cultures in a dance show aimed at young audiences. 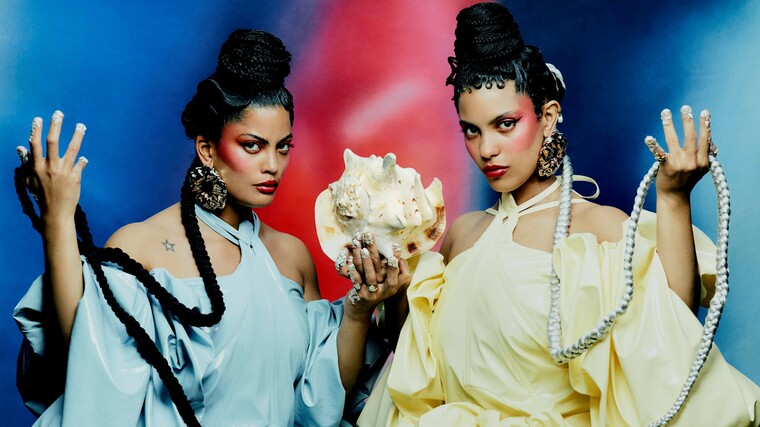 We’re live at Leith Theatre once again this summer, with an incredible line up ranging from the body-shaking Gaelic electronica of Niteworks to Princess Nokia’s joyful, boundary-pushing rap. Discover music from around the world, with Romanian folk legends Taraf de Caliu’s virtuosic performances or Arooj Aftab’s mesmerising Sufi songs. Whether you’re looking for a night of unstoppable techno from the legendary Jeff Mills, the cult indie rock of Arab Strap or Ibeyi’s soulful harmonies, there’s a gig with your name on it.

Over at the Edinburgh Playhouse, the jazz legend Herbie Hancock makes a special appearance to perform highlights from his extensive back catalogue, which has earned him no less than 14 Grammy awards. 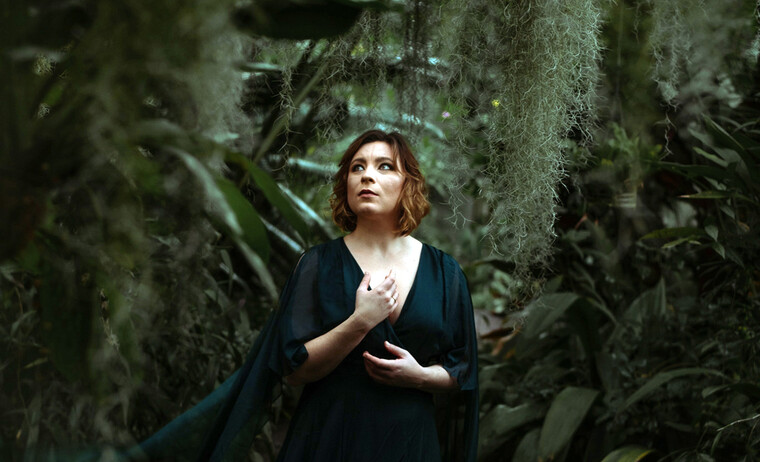 Garsington Opera presents a new production of Dvořák’s beloved opera Rusalka, which tells a heartbreaking tale inspired by Hans Christian Anderson’s The Little Mermaid. Starring Welsh soprano Natalya Romaniw in the title role, it’s the dark fairy tale of a water sprite who sacrifices everything when she falls in love with the wrong man: a human prince. Concert performances include Beethoven’s heroic Fidelio as part of the Philharmonia Orchestra’s residency, while romance takes a more chilling turn in Salome, with Swedish soprano Malin Byström reprising her acclaimed turn as the infamous heroine. 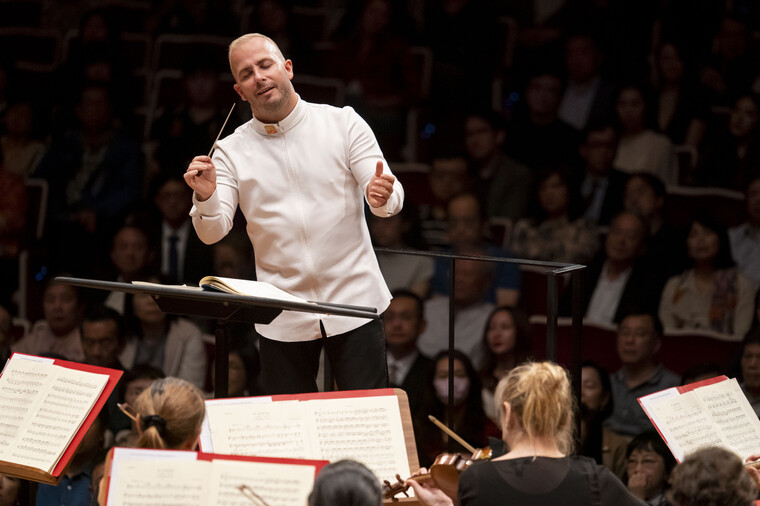 We close this year’s International Festival with a free afternoon concert performed by The Philadelphia Orchestra, in celebration of our 75th

anniversary and to thank all those who have sustained our community during the pandemic. Keep an eye on our website for the full details to be announced.

Photo Credits [from the top]