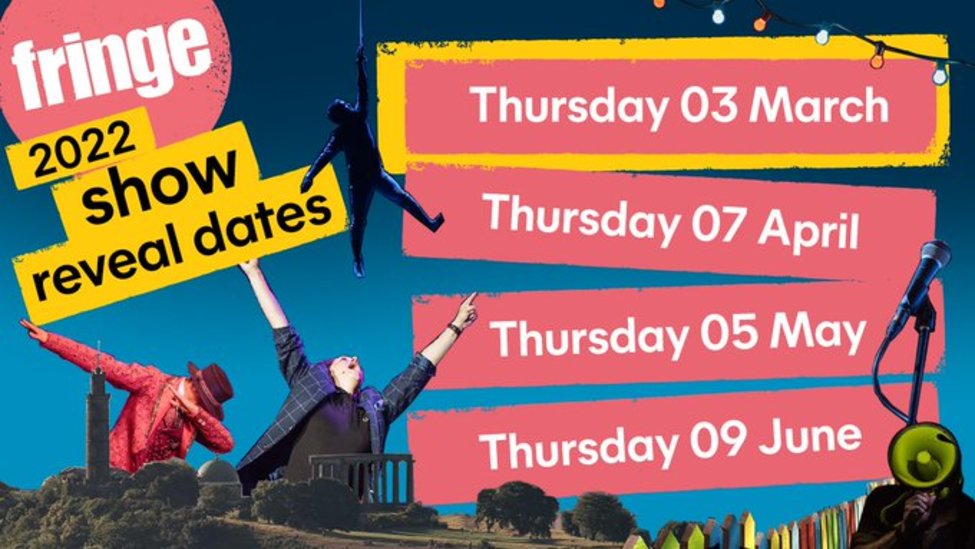 The 75th anniversary of the Fringe takes place from 05 – 29 August 2022 and will feature an exciting range of shows, with theatre, comedy, music, dance, circus, musicals, variety, cabaret, events and more all represented in the programme.

Tickets for 283 shows have been released, with more shows set to be announced on Thursday 07 April, Thursday 05 May and Thursday 09 June. The official launch of the festival, including the reveal of the iconic printed programme, will take place in early July.

Amongst the shows available to book from today are:

It’s always a hugely exciting moment when the first set of Fringe shows are announced, and this year, it feels more important than ever to celebrate the breadth of creativity and freedom of expression that these shows represent.

We know that so many artists are still recovering from the impact of the pandemic, and getting your tickets early is a brilliant way to support them at this vital time. It’s also an important investment in the value of culture and creativity, and with some shows offering free and Pay What You Can options, the Fringe remains an essential access point to culture for many.

I can’t wait to see the programme continue to unfold as we get closer to August, and to see Edinburgh filled with live performance once again as we celebrate the 75th anniversary of this magnificent festival.

The 75th anniversary of the Fringe takes place from 05 – 29 August 2022 and the full list of shows can be found at https://tickets.edfringe.com/.