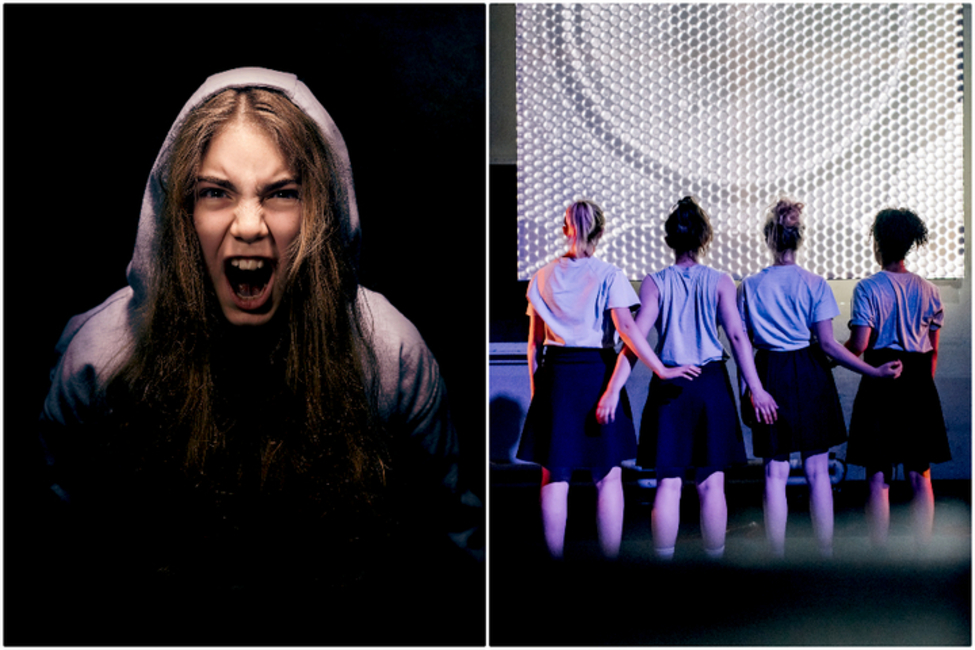 Imaginate - the producers of the Edinburgh International Children’s Festival - has commissioned two new exciting theatre shows which will appear at the Festival in May 2022 and go on tour across Scotland. Both productions speak of the complex experiences children are dealing with and explore the theme of mental health and how to make sense of a confusing world.

I am Tiger was written by Oliver Emanuel during his time as an Imaginate Accelerator artist, a programme which provided him with funding to research and develop a new piece of writing for young audiences. The play, produced by Perth Theatre, tells the story of a girl who is given a pet tiger by her parents following the death by suicide of her big brother. Heart-breaking, comic and thought-provoking, I Am Tiger is about trying to live with loss, how keeping wild animals at home will quickly increase your shopping bills, and why keeping silent is not always the best solution.

Speaking about the commission Oliver said:

I can’t wait to share this story. Over the last two years, we’ve seen a rise in poor mental health in our young people across the country and we don’t know how to talk about it. This silence is costing lives. When I set out to write this play, I wanted to open up a safe space in which we can talk about those things we are scared to talk about. I’m utterly delighted that Perth Theatre and Imaginate are offering this story to an audience. The Edinburgh International Children’s Festival is my favourite festival in the world and I’m honoured to be part of the programme this year.

The second commission, The Hope River Girls, is a reconceived version for young audiences of groupwork’s multi award-winning 2019 debut, The Afflicted. Inspired by real events, the show tells the story of 24 schoolgirls in upstate New York who started behaving strangely – twitching, stuttering, and mirroring each other’s odd behaviour for no apparent reason. The show combines explosive choreography, video and text to examine how something as natural as teenage girls coming of age can become wholly un-natural and a subject of fascination and mistrust.

When we made The Afflicted, we were drawn to the story for its examination of the public fascination with female bodies, group dynamics in young women and what behaviours we do or don’t consider “normal”. Now, as we revisit the story of the Hope River Girls amidst the backdrop of a global pandemic and its associated mental health traumas, as well as important conversations around the treatment of women and girls, the story feels more vital than ever. We hope young audiences will connect with the schoolgirls’ grappling with coming of age, while being subjected to immense scrutiny and projected fear by the adult community around them. As a young Scottish theatre company interested in human behaviours, we are thrilled to make our first work for children and young people with the support of Imaginate who are experts in the field.

Both commissions will reach audiences beyond the Festival – I am Tiger will be shown in Perth Theatre while The Hope River Girls will be touring Scotland, including Glasgow, Stirling, St Andrews, Mull and Inverness.

The full programme for the Edinburgh International Children's Festival’s will be announced on 9 March 2022.