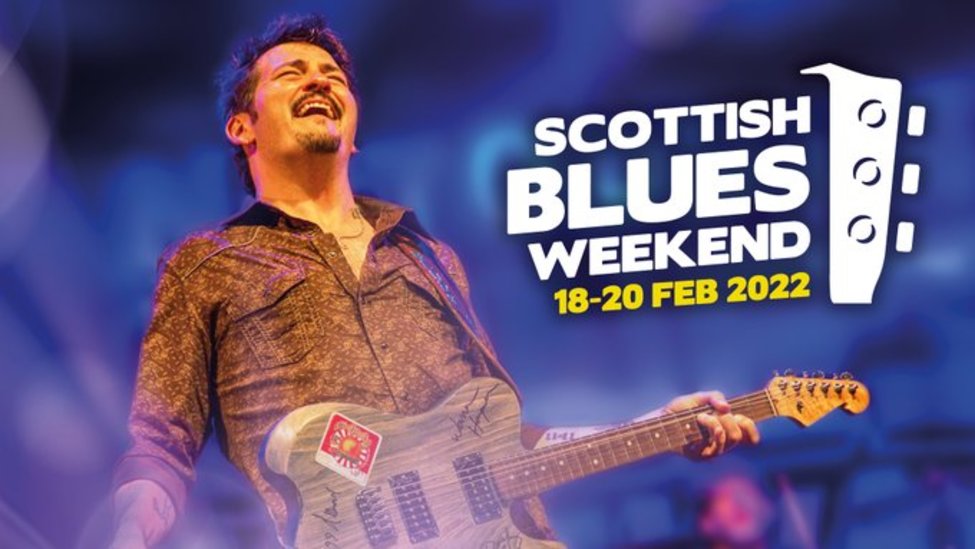 The weekend kicks off with classic 1950s and early 60s American blues delivered with passion and power from Jed Potts and the Hillman Hunters. The band have been making waves across the UK blues scene and, for the first time with EJBF, they are joined by a driving horn section who add in some New Orleans funk ramping up the musical excitement.

The Scottish Blues Weekend wouldn’t be complete without the ever-popular
Blues Afternoon, featuring three stellar blues acts. The afternoon begins with solo set from Glasgow guitarist Gus Munro, whose singing and song writing are complimented by his imaginative and melodic slide guitar work. Jawbone Walk, a new project from Toby Mottershead, serve up the spirit of 50s era Chicago - with a strong shot of Mississippi Hill Country blues and a chaser of gospel. Jensen Interceptors, who tear through a mix of covers by the likes of Slim Harpo, Little Walter, T’Bone Walker and Muddy Waters as well as their own original songs, close the afternoon

We get funky on Saturday as Melisa Kelly and the Smokin' Crows brew up a mix of blues and soul with songs from Etta James to Aretha Franklin; Stevie Wonder to James Brown. The five-piece, Glasgow based combo are fronted by Melisa’s glorious and powerfully soulful vocals.

Closing with a bang - blues phenomenon Mike Zito makes his Festival debut. Famed for his integral role blues super group the Royal Southern Brotherhood, with his own band he mixes exceptional guitar work with personally inspired new songs alongside classic numbers. Jon Mackenzie opens the evening with a new set of music from his trio.

Audiences can attend in person at Assembly Roxy and will be seated in socially-distanced bubbles.  but they can also buy a Digital Day Pass for £10 that gives access to online streams of all concerts on Saturday 19 February.