Edinburgh International Science Festival has called on the public to embrace evidence-based science over news stories based on 'emotive issues or hype'.

As the preparations continue for EISF 2015 (4-19 April), Deputy Director Amanda Tyndall spoke in favour of a 'new Enlightenment', with engaged scientific literacy and informed decision-making.

In our current age of 24-hour media, internet and social media, it’s easy for certain perspectives or world views to gain a level of acceptance or even notoriety which evidence-based research disputes. For example, the climate change debate has historically been dominated by emotional responses, even when evidence shows that 97% of climate experts agree that humans are causing global warming.

Urging audiences to seek solid fact and take part in two-way dialogue with scientists and policy makers, the EISF outlined their programme for 2015, with opportunities to engage with a range of international experts. 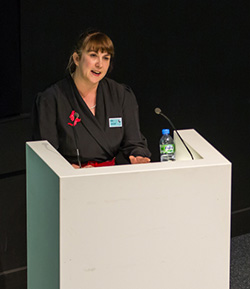 Being the UN International Year of Light, we thought it was appropriate that Edinburgh - the home of both the Scottish Enlightenment and the International Science Festival - should be the champion for a new Enlightenment looking at issues in an evidence-based way, and become a leader for the value of reason and rational thinking.

We’re calling on scientists, speakers, our audience and the wider public to get behind this rational, evidence-based approach to issues of global concern. Science Festivals like ours, and other public science bodies, can lead the way in inspiring open and accessible conversation around issues which concern our world-wide community, empowering people to understand and make informed choices about the world of today and tomorrow

Edinburgh International Science Festival 2015 runs from 4-19 April and will feature topics including: