The 2021 Storytelling Festival In Ten Steps 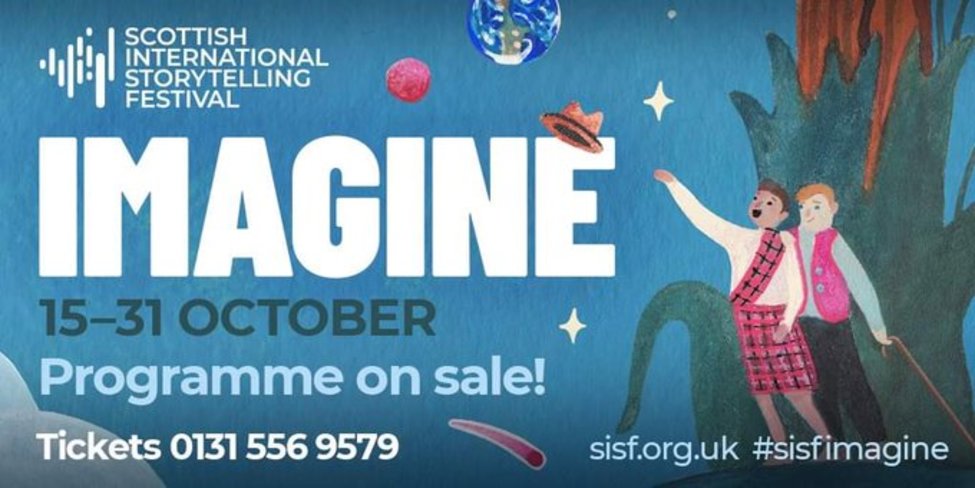 The 2021 Scottish International Storytelling Festival [15-31 October] promises an eclectic mix of online events spanning across the globe and small-scale face-to-face events in Edinburgh. Over 100 performers will take part in 93 events and countries represented include USA, Colombia, Canada, Italy, Spain, England, Kenya, Northern Ireland, Holland, Iran, Sierra Leone and Iceland. And to help you explore the programme, we've broken it down in to ten easy steps.

Running alongside the Festival, the Community and Families Programme pairs local storytellers with partner organisations in online and small-scale live settings, unlocking the ethos of ‘going local’. Community groups and schools will take part in The Big Scottish Story Ripple (#StoryRipple) by holding a storytelling event led by a professional storyteller, with subsidies covering the cost of their storyteller’s fees.  In return, the participating groups must offer a good deed back to their local community on or before St Andrew’s Day – continuing the ripple of kindness.

This is only a taster of what this year’s Scottish International Storytelling Festival has to offer! To see full details of everything happening between 15-31 October, dive into the programme here.