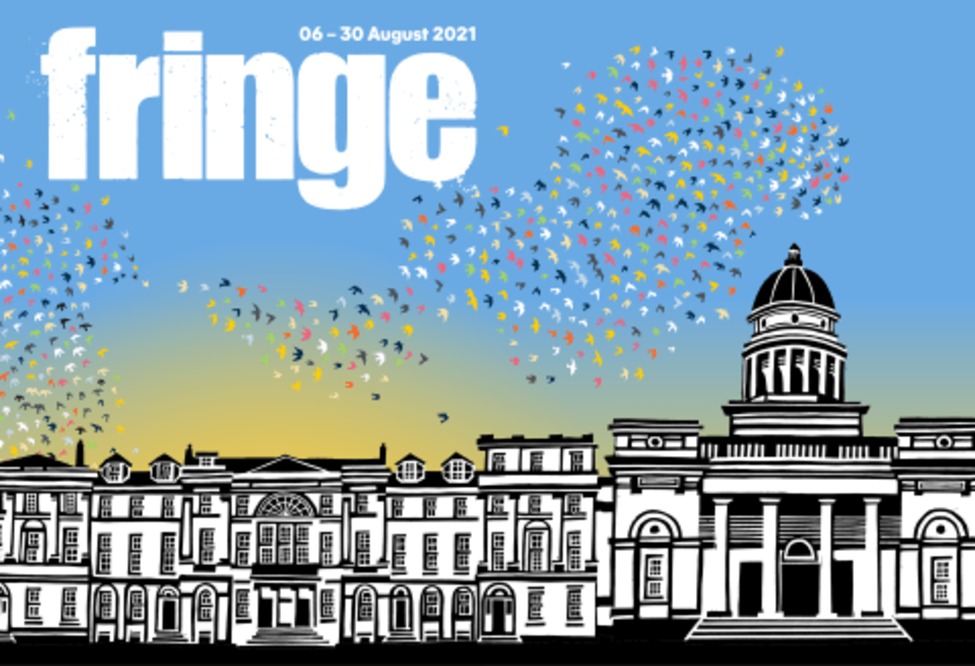 A new £7.5m fundraising campaign has been launched to help aid the long-term recovery of the Edinburgh Festival Fringe. Save the Fringe will serve as a starting point for a wider Fringe revival, following the devastating impact of covid-19.

As the campaign officially kicks off, Edinburgh Gin are on board as founding investors, with an estimated £150,000 investment to come from the sales of its Edinburgh Gin Presents Phoebe Waller-Bridge collaboration. Around £160,000 has also been raised thanks to the kind generosity of individual donors.

The fundraising campaign will be driven by seven principles, which aim to:

The campaign – currently at the very beginning – is expected to take place over three to five years. The exact criteria for distributing the fund will be announced following a series of consultations, hosted by the Fringe Society in autumn / winter 2021, to better understand the individual needs of various stakeholders. Edinburgh residents, artists, venues, producers, local businesses and more will be invited to explore ways the festival can develop and improve.

The funding will then support a renaissance for the Fringe in the future, led by the Fringe Society’s findings. More details on the consultations will be announced in the coming weeks.

Commenting on the launch of Save the Fringe, Shona McCarthy, Chief Executive of Edinburgh Festival Fringe Society, said:

The last 18 months have been the most challenging in the Fringe’s history, and everyone – from artists and venues to the Fringe Society – has experienced huge losses. I’m so proud of what’s been achieved in 2021, and in so many ways, this year’s festival was a success. More than 900 shows were brought to life, incredible new venues were created in the most imaginative of spaces, and audiences flocked back to experience the magic of the Fringe.

But it can't be stressed enough: this does not mean the Fringe is back to health. 2021’s scaled-back event only happened because of emergency grants, and in many cases, loans that now need to be repaid. We want to ensure the Fringe that returns reflects the world we live in – not just those who can afford to keep going.

Recovery isn’t about going back to how things were. It’s about reimagining the Fringe as the best version of itself and using this moment of pause to reflect and change. We want everyone – from residents and local business owners to artists, operators and audience members – to have their say on what that looks like. And we’ll need support to make that vision a reality.

Benny Higgins, Chair of the Edinburgh Festival Fringe Society Board of Directors, said:

The Fringe is one of Scotland’s greatest cultural exports. It is recognised internationally as a landmark celebration of the arts and is an access point to culture for so many people. But the Fringe is not publicly funded in any meaningful way, and the last 18 months have shown us how much urgent investment is needed to protect this world-renowned event.

An estimated £20m was lost in 2020 alone. To make 2021 a reality, many operators relied on loans and emergency grants. This is not sustainable, and this campaign is about undoing some of that damage, while building a more sustainable, affordable and equitable Fringe. This campaign will give us a foundation to do just that.

The Fringe has offered the world a stage – bringing arts lovers together, welcoming brave work and introducing new incredible talent. But it needs our help. Phoebe Waller-Bridge first debuted ‘Fleabag’ at the Fringe in 2013, so we need the festival to thrive so that stories like hers don’t go untold.

It has been an honour to support the Save the Fringe initiative as founding investors, and we can’t wait to see the festival return to its usual spectacular self as soon as possible. Every penny of profit from our ‘Edinburgh Gin Presents’ Phoebe Waller-Bridge collaboration bottle goes directly to support the artists of the Fringe festival – so if you love gin, the arts and Edinburgh, buy one while you can.