The half way mark of our season was reached this week, a week that saw the current four festivals joned by the fifth and final August festival and we've picked ten moments that made an impression across our family of artists and audiences. 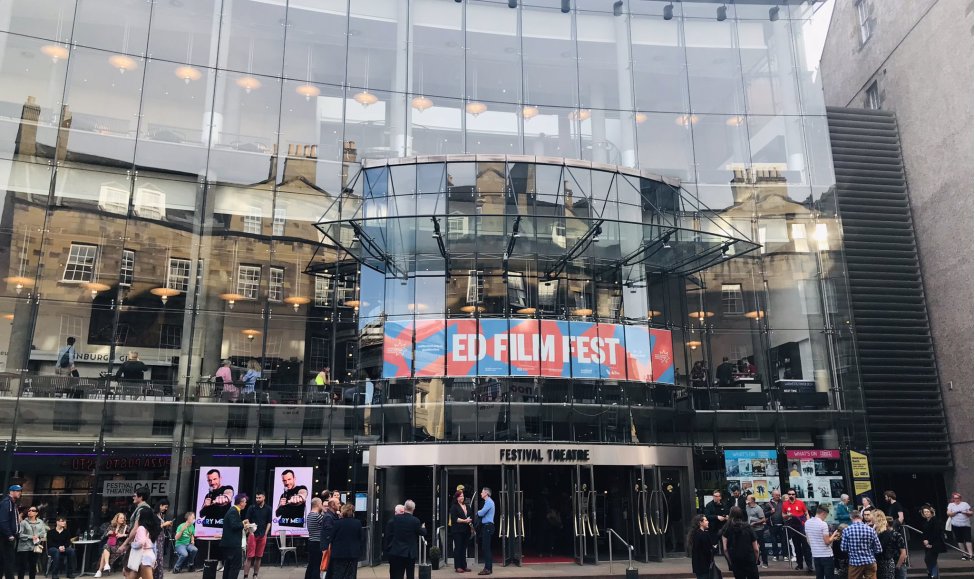 The 74th edition of the Edinburgh International Film festival opened with the European premiere of PIG, starring Nicolas Cage, at the city’s Festival Theatre. The Academy-Award® winning actor has achieved acclaim for this performance with Variety citing him as “at his melancholic best… a reminder that Cage is among the most gifted, fearless actors working today” and the Washington Post hailing “a soulful performance of unexpected depth and quiet beauty.” The Festival has an affection and recent history with Cage, having programmed in 2014 the critically-acclaimed Joe which starred the actor alongside Tye Sheridan and helmed by David Gordon Green – and in 2019, the festival co-programmed Cage-a-rama 3D with Matchbox Cineclub, screening two Cage cult classics Ghost Rider: Spirit of Vengeance and Drive Angry in eye-popping 3D. 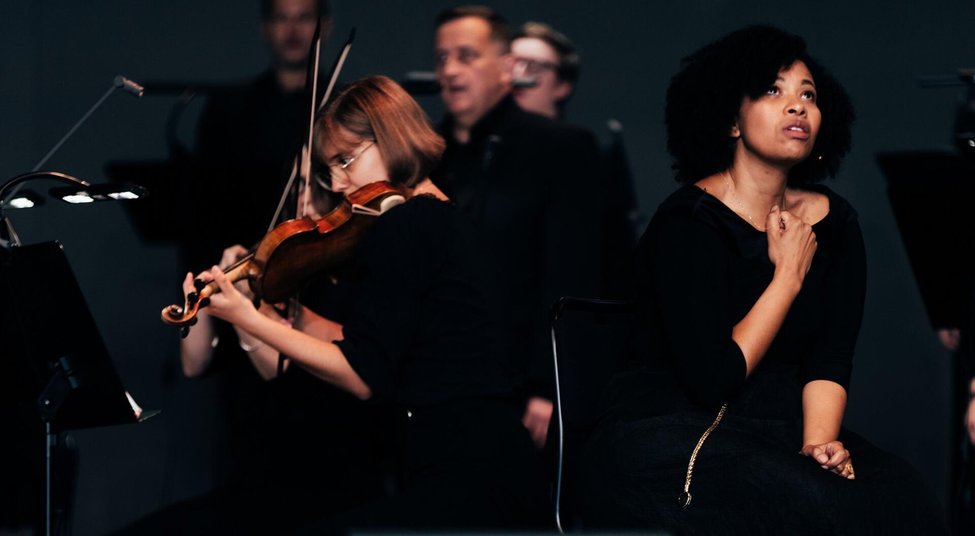 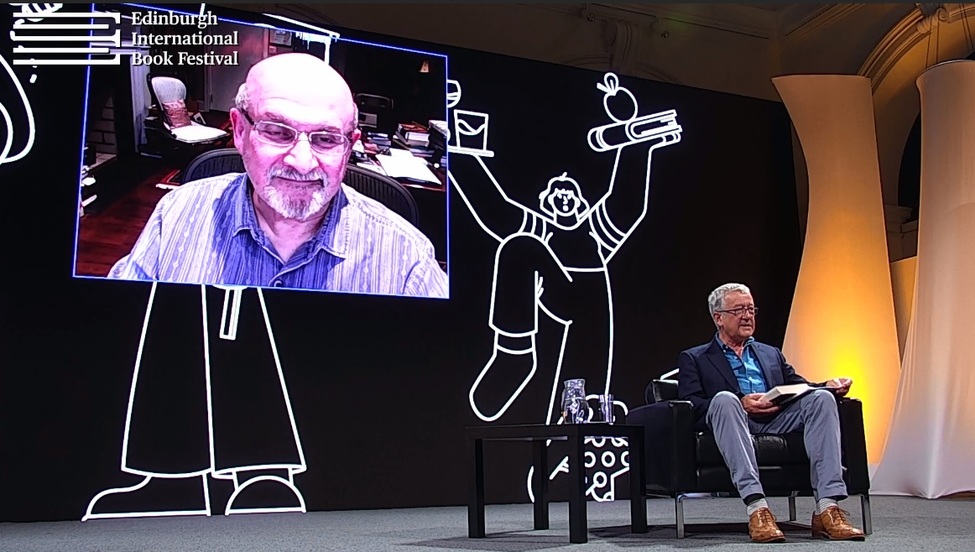 World famous for his novels, Salman Rushdie has just published Languages of Truth - drawing together essays written between 2003 and 2020 - a demonstration of the New York-based author’s deep commitment to freedom of speech. Across subjects ranging from artists and fellow writers through to politics, migration and truth itself, Rushdie talked to the acclaimed BBC journalist Allan Little about the role of writing in shaping public debate, and his own encounters with artists and writers who are trying to rebuild a shared sense of what is ‘true’.  You can re-watch the event on the Book Festival site HERE, by following the link and creating an account. 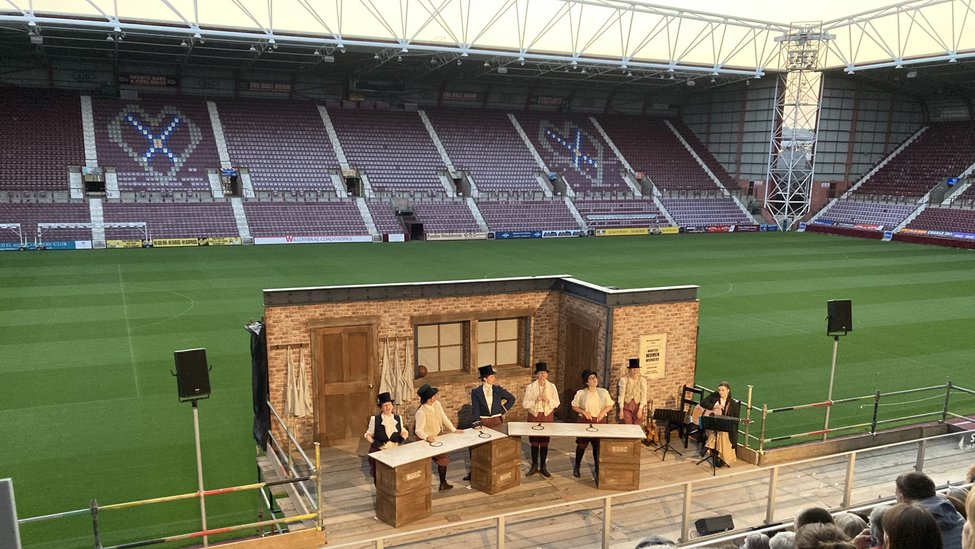 Where would you stage a theatre show about women’s football? Well, if it’s August in Edinburgh during the Fringe, you surely look no further than a Scottish Premier League football ground. And so Tynecastle Stadium, home of Hearts FC, was the setting for Sweet F.A dramatising the little known truth about what happened to the women's game during and after the First World War – with a stage projecting from the main stand on to the edge of the pitch. According to the Guardian’s review, ‘Bruce Strachan’s production is sharp, funny and well-drilled….. [and] the cast have the coordination and sparkle of Premier League champions.’

https://vimeo.com/592097768 The Art Festival’s annual culture crawl, exploring exhibitions across the city, returned this year in a new digital form. The host, BBC broadcaster Gemma Cairney, presented a free curated tour of the Art Festival programme which included an interview with Turner-prize co-winning artist Alberta Whittle telling us a little about RESET and presenting a performance called RESPONSE by Mele Broomes at Jupiter Artland, a live DIY Art motif making workshop with artist Alice Dansey-Wright, and a film of on the exhibition A Portrait without Likeness at the Scottish National Portrait Gallery. 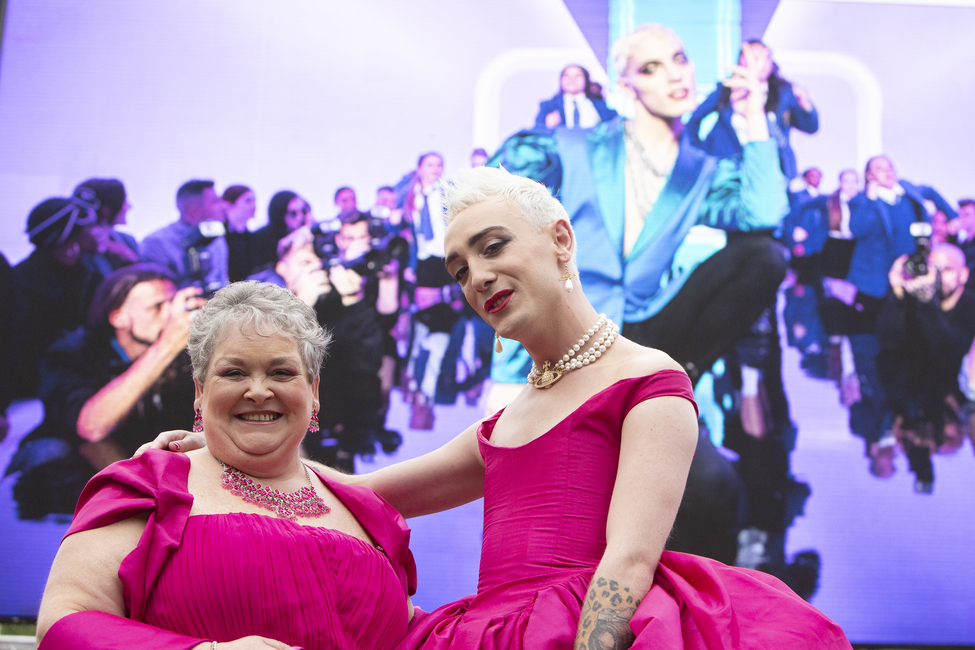 Film Fest in the City – the Film Festival’s outdoor programme of screenings in St Andrew’s Square - hosted a unique and inclusive outdoor celebration event ahead of the eagerly awaited film adaptation of the award-winning hit musical Everybody’s Talking About Jamie! The evening kicked off with drag queen entertainment and cocktails, in the company of Jamie Campbell and his mother Margaret, the subjects of the original documentary that inspired the musical, before proceeding to the Special Preview screening at the Festival Theatre - a ‘coming home’ of sorts - where the stage musical was the last show to play before the March 2020 lockdown. 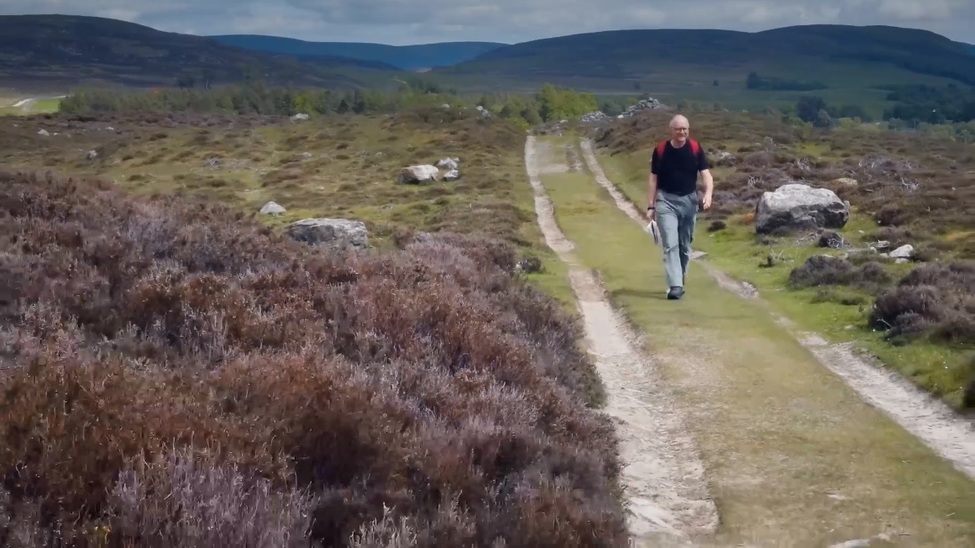 Author James Robertson kick-started Reading Scotland this week, an innovative Edinburgh International Book Festival project to find new ways to understand Scotland in a post-Covid era. Six authors were invited to work closely with a filmmaker to create a short film inspired by the book – with each film presented at the Book Festival at the start of a conversation with the author about their book. Set in the Angus glens, the five-minute piece evokes the spirit of the landscape and the mood of James Robertson’s novel ‘Ghosts of the Glen’, forming the perfect introduction to a discussion about Robertson’s landmark book. You can see the list of authors HERE and watch their event, which starts with the commissioned film, by following the link and creating an account.

8. Dancing in the Streets 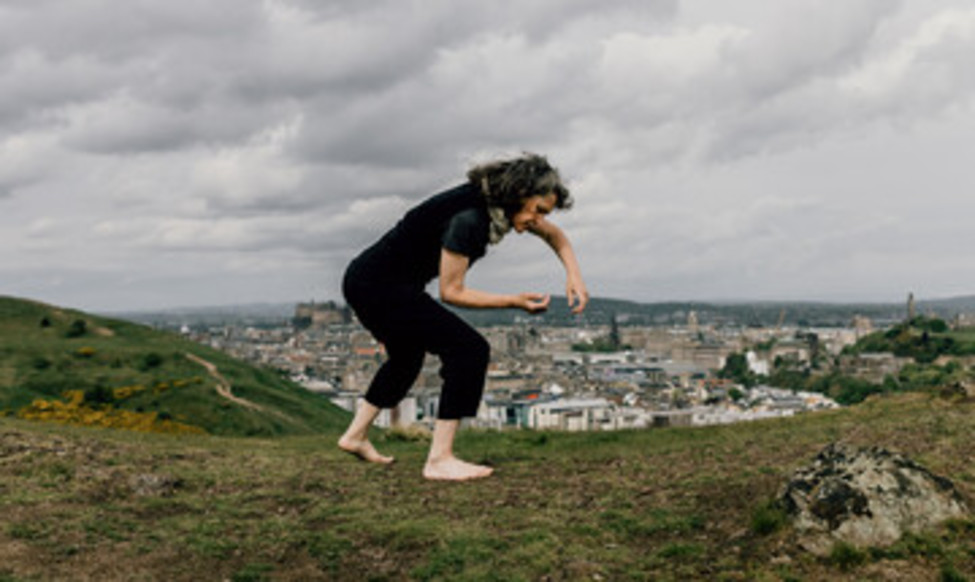 This week saw the launch of a new dance programme at the Edinburgh International Festival, featuring world premieres of original dance works created for film and presented in person by leading choreographers at Dance Base, Scotland’s national centre for dance based in Edinburgh. Dancing in the Streets is a series of filmic postcards from the streets of cities around the world. Four of the world’s most acclaimed choreographers, Alice Ripoll from São Paulo, Omar Rajeh from Beirut, Gregory Maqoma from Soweto and Janice Parker from Edinburgh have created short films with their dancers, responding to the past year and reflecting on their relationship with their home cities.

https://www.youtube.com/watch?v=DLxNG6KNO-c Scottish artist Karla Black is first to show in both the exhibition galleries and the brand new warehouse space of the redeveloped Fruitmarket, a key partner gallery of the Edinburgh Art Festival. The exhibition makes the most of the inspirational, materially resonant spaces, combining existing and new work in an attempt to ‘force a raw creative moment’ into the pristine, newly developed gallery building. A selection of sculpture made since 2001 fills the ground floor galleries and these works set the stage for two major new commissions by the artist for the upstairs gallery and the new warehouse space. 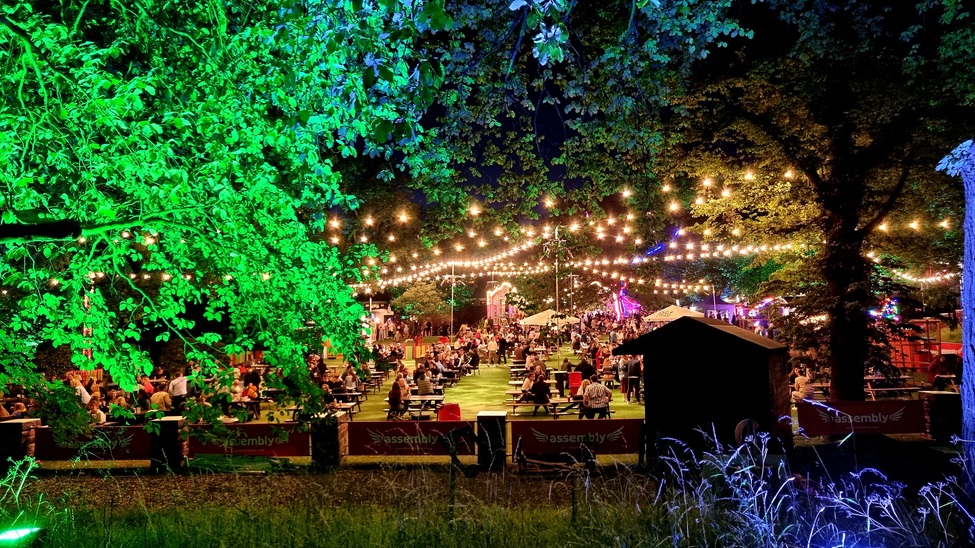 The University quarter is, for many, at the heart of the Fringe and after a long break, the bunting and decorations have been out in full force around George Square which plays host to long-time fringe promoters Assembly and Underbelly, with Gilded Balloon just around the corner in what is normally the students union. Surrounded by food and drink stalls, the Square has a range of venues with shows across music, drama, comedy, circus and burlesque – and in recent years has become a great meeting place for audiences to linger between shows. If you’re in Edinburgh during August, there’s few better places to feel the buzz of the Fringe.