The return to live festival events in Edinburgh continued this week and we've picked ten moments from across our festivals family that brought a tear to the eye or a smile to the lips, and made us realise the importance of these communal experieces. 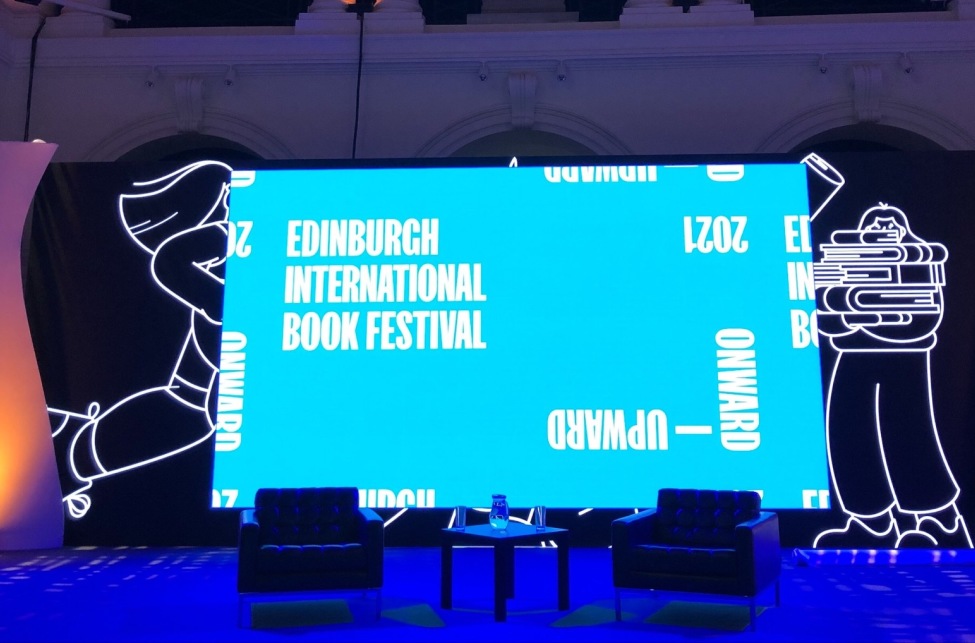 The Edinburgh International Book Festival started its new life at the Edinburgh College of Art on 14th August, with a thought provoking in-person and online event ‘Culture in a Time of Crisis’. Featuring writers and performers from a variety of different backgrounds, artforms and locations – including Cairo, Accra, Gaza, and Brooklyn – the event looked at the power of creative ideas to uplift, to transport and to help us understand the embattled world around us. Across poetry, song, stories and polemics, the evening was an introduction to the 2021 Book Festival and a defiant, unapologetic, jubilant celebration of the fact that in times of crisis we need culture more than ever.

https://vimeo.com/583851294# The Made in Scotland Showcase has returned for the 2021 Edinburgh Festival Fringe presenting the best of theatre, dance and music from Scotland live in-person and online. The created showcase features a range of work, including six world premieres, showcasing the quality and resilience of Scotland’s amazing artists producing work in these challenging times: from site-specific work to a digital world premiere from Scotland’s leading cellist collaborating with a world-renowned Indian violinist. The ten artists, companies and ensembles who will present their work this year were awarded funding in 2020 and chose to rollover to 2021. An additional eight companies originally awarded in 2020 have chosen to rollover once again and will now present their work in the 2022 Fringe.

3. A Resident in Residence 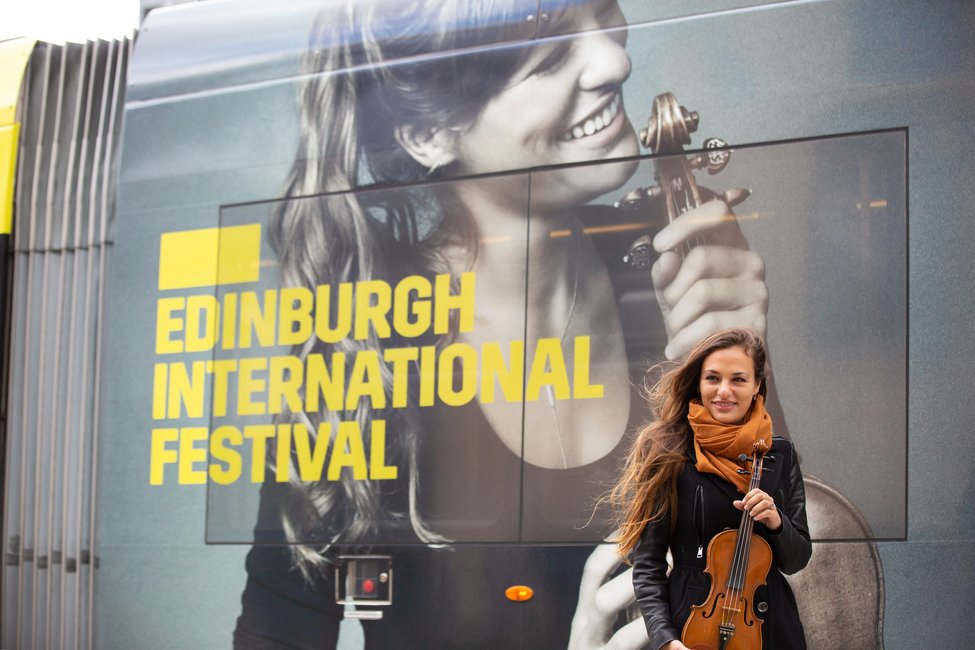 Scottish violinist Nicola Benedetti is resident artist at this year’s Edinburgh International Festival. As a performer, educator and musical pioneer, she has made a huge, positive impact on the classical world internationally. For her first International Festival concert this year, she was joined by the Benedetti Baroque Orchestra of specially selected period-instrument players in a concert revealing the multifaceted musical creations of Vivaldi. In emotional scenes she explained how much she had missed live performance and commenting on the concert Bachtrack said: ‘it was a joy to have confirmed the supreme symbiosis that moulds this ensemble around the centrifugal force of Benedetti.

https://vimeo.com/580160172 Opening at Edinburgh Sculpture Workshop, as part of the Edinburgh Art Festival 2021 Commissions Programme, the Irish artist Sean Lynch’s new project casts a spotlight on Edinburgh’s public monuments and sculptures, subject today to ongoing civic processes to have society acknowledge and understand the legacies of history. His installation at Edinburgh Sculpture Workshop explores the use of folk traditions, the making of sculpture and the parables held inside monuments themselves, which can empower social change and produce a public realm implicitly open to everyone. The title 'Tak’ Tent O’ Time Ere Time Be Tint' is a memento mori phrase which urges those who read it to make the most of their time on earth. 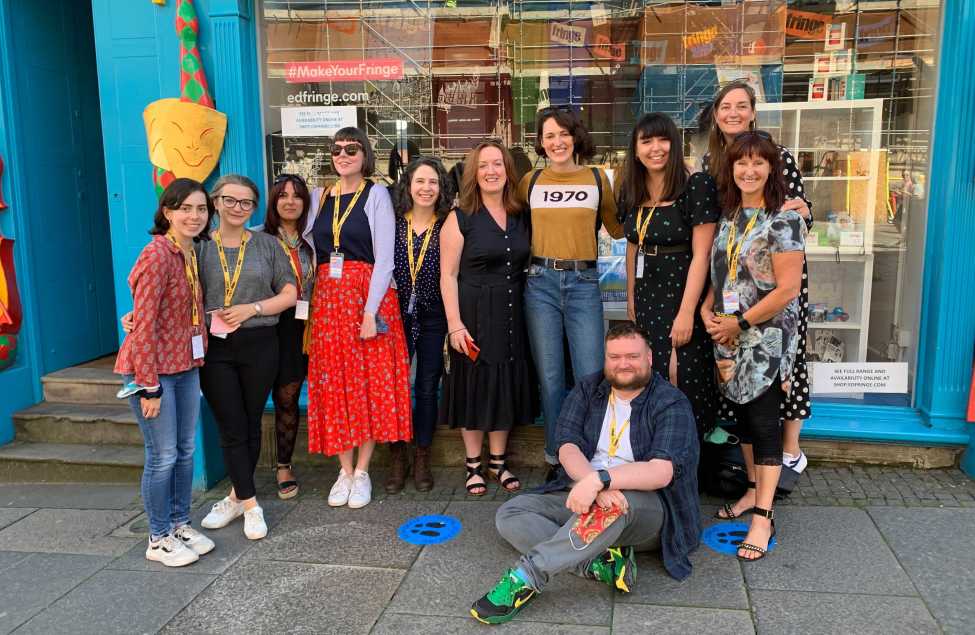 The multi award-winning actress, writer and producer Phoebe Waller-Bridge was in Edinburgh this week in her new role as President of the Edinburgh Festival Fringe Society. Famous for her stage and television show Fleabag – which began as a one woman show at the Fringe in 2013 - Phoebe came to town to help with the recovery of the Fringe, meet the Fringe Society team and take in a number of shows including The Improverts, a long-running Edinburgh-based comedy group, who she met in a new pop-up venue partly-funded by the Scottish Government and being run as part of the Space programme.

One of the first events to sell out at the Festival any year – and this year has been no different - is an appearance by Tom Devine. Since the 1980s the characterisation of Scotland has changed, and the country has developed a more confident, modernised sense of its history and roots. Tom Devine can take considerable credit for this change: the most influential historian of our times, he has been instrumental in helping reframe the nation’s sense of itself. In this session - using some of the most significant moments in Scotland’s story - Devine spoke to BBC journalist Allan Little about the ways in which Scottish history can be revisited to help us find a new sense of self. You can watch on the Book Festival Player HERE and please consider a donation to support the festival’s continuing work.

This Fringe world premiere by award-winning Grid Iron Theatre Company took place in the woods of Newhailes House on the outskirts of Musselburgh – a site-specific staging of Doppler, an adaptation of the best-selling novel by Norwegian author Erlend Loe about a man having a mid-life crisis prompted by the death of his father who decides to leave his family and live in a tent. A prefect theme and a perfect setting for Grid Iron. As the Scotsman stated: ‘If there is one company well suited to adapting to the Covid pandemic it is Grid Iron. Inviting us to a woodland corner where we sit on socially distanced tree stumps is the kind of thing it would have done anyway’.

8. Talking About The Next Generation

https://vimeo.com/580159868 The dedicated showcase for exciting, emerging artists, Platform introduces audiences to a new generation of contemporary artists based in Scotland. Jessica Higgins, Danny Pagarani, Kirsty Russell and Isabella Widger are presenting new work as part of a group exhibition in spaces across the Institut français d’Ecosse - working with ideas of history, literature, trauma, identity, debt and using the tools of sculpture, artist film, drawing and installation. As the Scotsman commented: ‘It’s a substantial and serious show, by artists who are some years on from being recent graduates’.

9. A Walk Without Fear 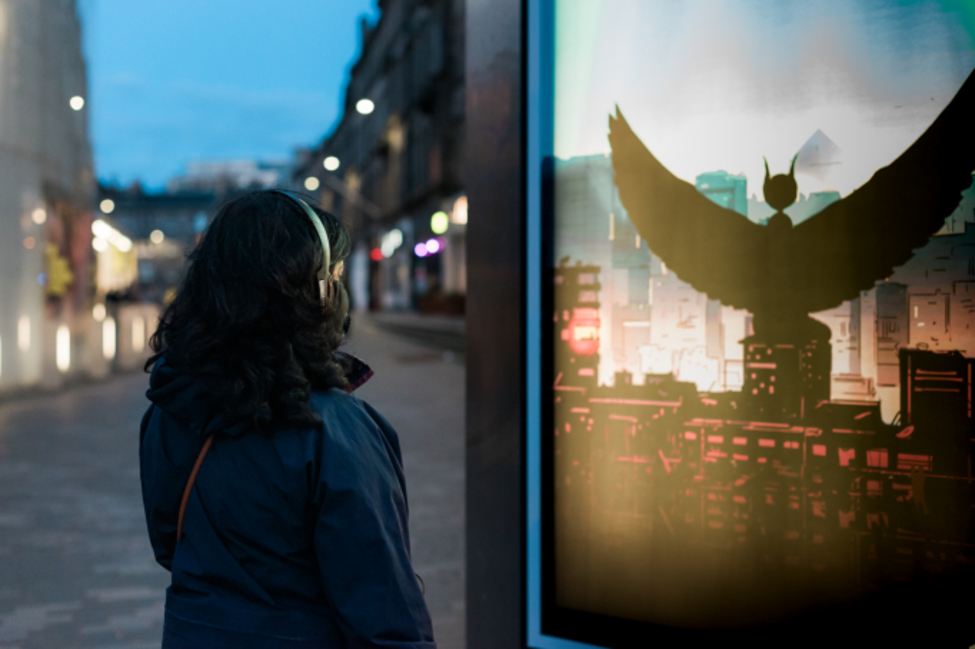 Writer Sara Shaarawi and director Catrin Evans launched their experiential performance this week from the Lyceum Theatre. Combining street artwork, audio-story performance and a walk through Edinburgh, Niqabi Ninja is a graphic-novel style revenge story written in reaction to the 2012–2014 mob sexual assaults in Tahrir Square, Cairo. Presented simultaneously in five locations across Scotland, this is a collective experience offering the space to think about what it means to walk in public without fear. Intimate, visceral and pulsating with a soundtrack to inspire your own resistance. As The List commented: ‘This is a remarkable production that sears and attacks, as forceful and formidable as the final speech that promises protection.’ 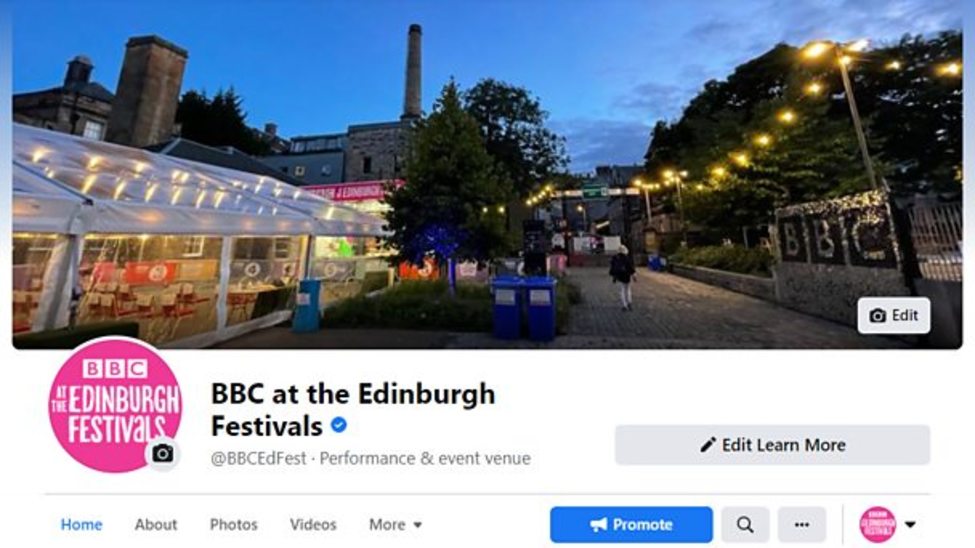 The BBC presence in Edinburgh every August allows them to gather content that is shown across their radio, televsion and online channels both live and throughout the year - the level of content gathered is not too dissimilar to the football world cup, but is not noticed as such becasue it isn't all broadcast live. For 2021 the BBC has created a pop-up, bespoke festival venue at High School Yards in the heart of Edinburgh’s Old Town - with an open sided marquee, socially distanced seating and covered stage offering a safe and comfortable space to be part of BBC programmes during the month.