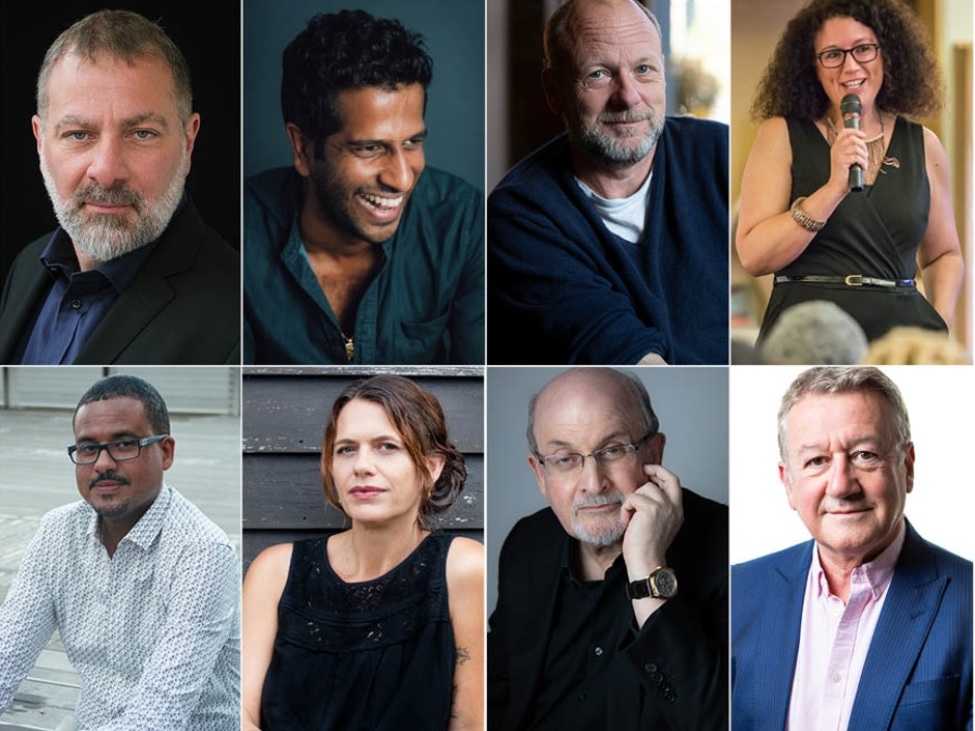 A stellar line-up of over 300 writers, artists and thinkers from around the globe come together this August at the Edinburgh International Book Festival [14th to 30th] to share their ideas and stories for a changing world. In this exciting new chapter for the Book Festival, a wide range of the live-streamed events will also have in-person audiences at the new Festival home, the University of Edinburgh's Edinburgh College of Art. Around half of our participants will appear in person in Edinburgh, while others join digitally from their homes around the world.

You can browse the entire programme HERE – with plenty to entertain, challenge and inspire – and to help you on your way we’ve pulled together a few highlights below.

1. Jed Mercurio & Prasanna Puwanarajah: The Bionic Policeman [16 August]: Mercurio, the creator of Line of Duty has joined forces with one of the stars of the most recent series to produce Sleeper, the first in a hotly-anticipated graphic novel series.

2. Alex Renton & Lisa Williams: Scotland's Black History Matters [18 August]: Lisa Williams, whose tours of Edinburgh explore the city’s prominent black figures, and journalist Alex Renton, whose new book recalls his own family’s involvement in transatlantic slavery, talk to Sally Magnusson about inheritance, the case for reparations and rethinking the past.

4. Salman Rushdie with Allan Little: Standing in the Rubble of Truth [20 August] : For BBC journalist Allan Little’s Big Interview, Rushdie talks about the role of writing in shaping public debate, and his own encounters with artists and writers who are trying to rebuild a shared sense of what is ‘true’.

5. Black Britain, Writing Back [21 August]: Booker prize winner Bernadine Evaristo interviews a panel of writers whose novels were first released in the 1990s and are newly republished as part of a series entitled Black Britain: Writing Back

7. One City: A Just Capital? [23 August]: Ian Rankin, Alexander McCall Smith and Irvine Welsh return to the stage with Nadine Aisha Jassat, Sara Sheridan and Anne Hamilton to discuss a brand new edition of One City [first published 2005] and whether Edinburgh is more or less of a divided city today.

8. Amartya Sen: Home and Humanity [23 August]: Sen’s passionate commitment to choice, freedom and justice shines through in his evocative prose – principles which were surely central to winning him the Nobel Prize in 1998 for his work in welfare economics – and here he talks about his life and work with Scottish journalist Ruth Wishart

9. The Force of Law [24 August]: Nearly 20 years after 9/11, BBC correspondent Nick Bryant, writer and journalist Tariq Ali and The New York Times’s Pentagon correspondent Helene Cooper discuss whether intervention can ever be humanitarian or whether the mistakes of the past are likely to be repeated.

11. Hari Kunzru: The Breakdown of Truth [30 August]: Hari Kunzru returns to the Festival with his new novel Red Pill which traces the rise of the alt-right through the dark web

And of course, the Baillie Gifford Children’s Programme is full of fun for all ages – with 60 events to take part in from home including readings, draw-alongs, and dancing. The Festival is also excited to launch a new series of pre-recorded, audio-only events, available from the very start of the Festival, and a range of walking tours and family trails around Edinburgh.

Over 60 of the online events offer BSL Interpretation or Live Captions courtesy of StageText - you can find a list of these events in the What's On section - and the Festival is pleased to once again offer an interactive event designed especially for those with learning disabilities focused on the wonderful new picture book You Can! by Alexandra Strick and illustrator Steve Antony, created with the support of their friends at PAMIS.