The 74th Edinburgh International Film Festival takes place at the heart of Edinburgh’s festival season, between 18 and 25 August, and presents a fantastic programme of feature and short films celebrating the long-awaited return to cinema.

This special programme of in-person and digital screenings includes 31 new features and 73 shorts – with 18 marking their world and 3 international premieres at the Festival – and with 50% of the new features in the EIFF 2021 programme from a female director or co-director.

The majority of Festival screenings take place at the Festival’s home, Filmhouse, with the Opening Gala and Special Preview at Festival Theatre and special screenings at partner venues across Scotland, along with introductions, Q&As, in person events and more screenings being available through a dedicated, accessible streaming platform Filmhouse at Home.

Reflecting the diversity of stories and storytellers from across the world, EIFF’s 2021 programme includes two hugely anticipated musicals: hot from Cannes where it won the Best Director award, the UK premiere of Leos Carax’s Annette starring Adam Driver and Marion Cotillard, co-written by pop legends Sparks and a Special Preview screening of Everybody’s Talking About Jamie at Festival Theatre with a starry cast including Sharon Horgan and Richard E. Grant, and newcomer Max Harwood in the title role.

The Festival opens with the European Premiere of Michael Sarnoski’s Pig with Nicolas Cage as a reclusive truffle hunter and closes with the UK Premiere of Here Today from the comedy legend Billy Crystal, also featuring Tiffany Haddish. Following in the footsteps of Whisky Galore! which premiered at EIFF in 2016, two Scottish films exploring island life receive their World Premieres at EIFF: a documentary Prince of Muck following the continuing battles of elderly patriarch Lawrence MacEwen and Hebridean feature drama The Road Dance based on a best-selling book by STV News presenter John MacKay who also stars in the film.

Determination in the face of adversity and addressing the social issues permeating societies around the world are strongly represented in this year’s programme. The UK premiere of Haider Rashid’s Europa starring British-Libyan Adam Ali as a young Iraqi refugee sees him fighting to survive in the wilderness and with ‘Migrant Hunters’ on his trail while Oscar-nominated Kaouther Ben Hania’s The Man Who Sold His Skin focuses on a young Syrian refugee who agreed to having his back tattooed in exchange for a better life in Europe. Maryam Moghaddam and Behtash Sanaeeha’s Ballad of a White Cow sees a wife fighting against the broken justice system in Iran after her husband is executed for a crime he did not commit and New Zealand’s The Justice of Bunny King tells the story of a troubled single mother trying to get the custody of her children back.

The full list of films - including a strong documentary strand, horror features and short film programme - can be explored in your leisure either online or via the downloadable digital brochure HERE. 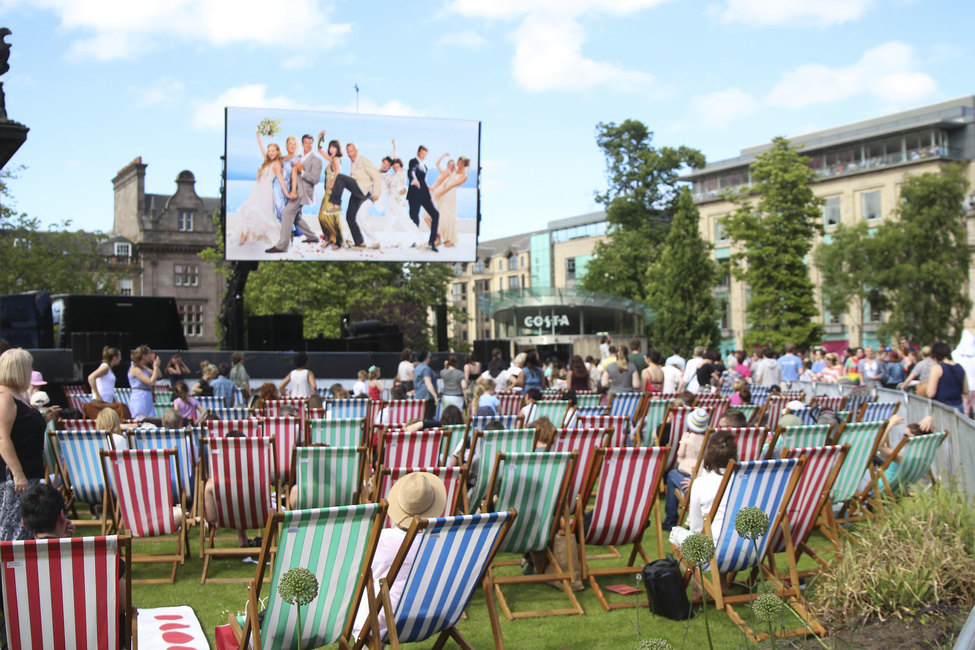 This year’s EIFF spreads around the city and outside of the Scottish capital thanks to a fantastic range of events, opening up access and inspiring curiosity in many who may previously not have been able to experience the Festival programme. Film Fest in the City in St Andrew Square Gardens delivers a free programme of cinematic favourites such as Frozen and Grease, delivered in partnership with Essential Edinburgh and supported by Johnnie Walker, EIFF’s Official Whisky Partner, Innis & Gunn, EIFF’s Official Beer Partner, and EventScotland, part of VisitScotland’s Events Directorate. See the full schedule of outdoor screeenings HERE.