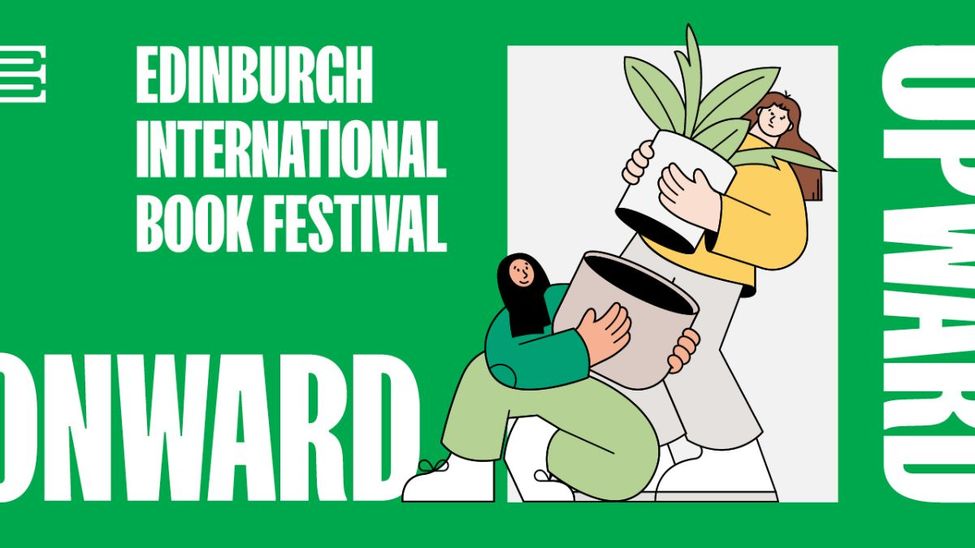 The programme for th 2021 Edinburgh International Book Festival has been announced, with an aim to explore together how to move ‘Onwards and Upwards’ from this devastating pandemic.

In their new home at Edinburgh College of Art the Festival has created three broadcast studios which enables it to offer author conversations to worldwide audiences and to those closer to home who are unable to join us in person, as well as welcoming a limited In-Real-Life audience. Around half of our participants will appear in person in Edinburgh, while others join digitally from their homes around the world. Tickets for socially-distanced in-person events will go on sale from midday on 22 July. During the Festival dates, 14-30 August, audiences can enjoy more than 250 events for adults, children and families online, all available to watch on a Pay What You Can basis.

You can browse the entire programme HERE – with plenty to entertain, challenge and inspire – and to help you on your way we’ve pulled together a dozen highlights.

Of course, the Baillie Gifford Children’s Programme is full of fun for all ages – with 60 events to take part in from home including readings, draw-alongs, and dancing. The Festival is also excited to launch a new series of pre-recorded, audio-only events, available from the very start of the Festival, and a range of walking tours and family trails around Edinburgh.

Over 60 of the online events offer BSL Interpretation or Live Captions courtesy of StageText - you can find a list of these events in the What's On section. And once again the Festival offers an interactive event designed especially for those with learning disabilities focused on the wonderful new picture book You Can! by Alexandra Strick and illustrator Steve Antony, created with the support of our friends at PAMIS.