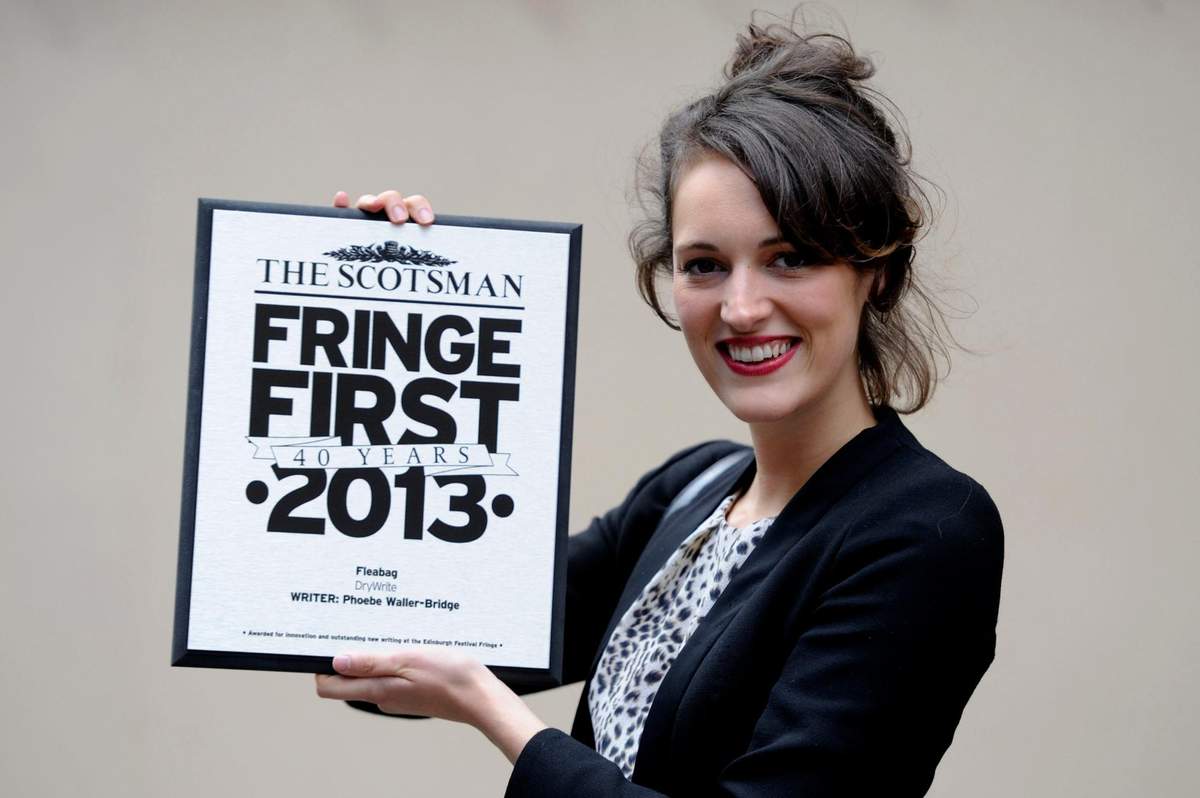 We're delighted to announce that Phoebe Waller-Bridge has been appointed in the role of President of the Edinburgh Festival Fringe Society.

The position, which is the first of its kind, will see Waller-Bridge act as a representative and advocate for the Fringe Society, the charity that exists to support everyone who wants to participate in the Edinburgh Festival Fringe.

In her capacity as President, Waller-Bridge will attend select events and speak on behalf of the Society where appropriate. The honorary appointment was unanimously confirmed earlier this month by the charity’s Board of Directors.

Waller-Bridge famously performed her hugely successful one-woman play, Fleabag, at Underbelly during the 2013 Fringe. The show earned an Olivier Award nomination and a Special Commendation from the Susan Smith Blackburn Prize, and was subsequently adapted into a hit televised series for BBC 3/Amazon.

Speaking about the appointment, Phoebe Waller-Bridge said: “The Edinburgh Fringe has staged an annual cultural revolution for decades. It’s where thousands of writers, comedians, performers and artists cut their teeth and put their most raw work out into the world. Whether it’s a two hander in a shoebox, a gig in a van, a promenade through the streets or a mammoth musical epic, this festival is a global symbol of artistic freedom and experimentation. It relies on its audiences and it relies on its artists.

"It’s where the relationship between the two is feverishly consummated, sometimes with great success, sometimes with awkward fumbles behind an inflatable cow, but always with unbridled passion and creativity. From leaking caves to cobbled streets to the glamour of the Traverse Theatre up to Arthur’s seat, this festival is a beating heart of an industry that has been all but crushed by the pandemic, and I’m proud to be a part of the fight with the Fringe Society for its much needed survival and glorious return.”

Shona McCarthy, Edinburgh Festival Fringe Society Chief Executive, said: “We’re so delighted to have Phoebe come on board as our first ever President. Her work, her legacy and her passion for the Fringe is truly inspiring, and her journey since bringing Fleabag to the Fringe in 2013 has been nothing short of remarkable.

“We know we’ve got serious work to do to overcome the challenges that Covid has brought to our sector. The Fringe Society is here to keep advocating for the Fringe and the thousands of amazing creatives who make it happen every year. I am absolutely thrilled to have the fantastic Phoebe in our corner, championing those calls.”