The Latest News On The 2021 Festivals 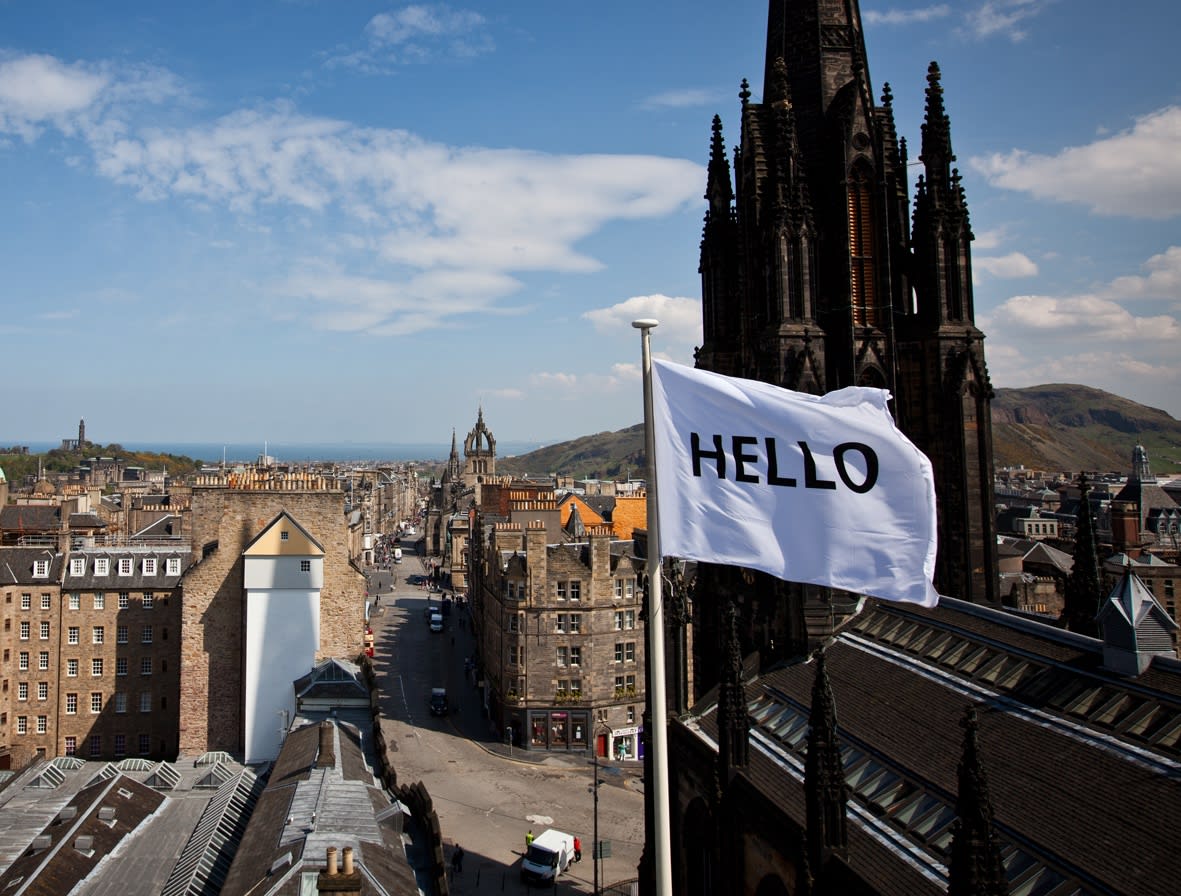 We know that so many of you are watching and awaiting news of the Edinburgh Festivals 2021 programmes and so we've pulled together the following overview of how things stand across all our 11 festivals and we aim to update this page as soon as further news becomes available - noting that the latest update below [08 July 2021] is from the Edinburgh International Book Festival.

Edinburgh Jazz & Blues Festival: The programme for this year's Festival has now been announced, with tickets going on sale at 10am on Thursday 10 June. The festival will run from Friday 16 to Sunday 25 July with over 40 different concerts - 20 concerts live-streamed in front of a small, live audience at Assembly Roxy and 20 pre-recorded concerts including seven specially-created EXPO projects. The programme boasts performances from established acts from across the spectrum of jazz and blues and brilliant opportunities to explore a range of music from the two scenes. If watching online you can purchase a Festival Pass [£40 for all 42 online concerts, plus a host of extra content with our 'In Conversation with...' and 'Jazz From Around the World' series] or buy an individual ticket, with concerts available for 3 days so you can view at your leisure. Read more HERE.

Edinburgh Art Festival: The festival will return from 29 July-29 August, following an exceptionally challenging period for the creative sector. The 17th edition will bring together over 35 exhibitions and new commissions in visual art spaces across the city, complemented by an online programme of events and digital presentations. All festival venues will be following the latest government Covid guidelines to ensure visitor safety, and they will be keeping their website regularly updated on what audiences can expect during their visit, with full listings due in late-Spring. Amongst the highlights are major new commissions and presentations by leading international artists, including the UK & European premiere of Lessons of the Hour by Isaac Julien in partnership with National Galleries of Scotland; and two new festival co-commissions, with work by Sean Lynch in collaboration with Edinburgh Sculpture Workshop; and a sound installation by Emeka Ogboh with Talbot Rice Gallery. The programme will also feature important retrospectives and major survey shows, and see the return of Platform, the annual showcase supporting artists in the early stages of their careers. Read more HERE.

Edinburgh International Festival: The Festival has launched the programme for their reimagined 2021 Festival, live and outdoors in some of Edinburgh’s most historic and picturesque settings, with events that are diverse and inspiring, providing a joyful route back to live performance. Taking place from 7 to 29 August, more than 170 different shows and productions will be staged at 10 indoor and outdoor locations across the city during the three-week festival - with the vast majority of shows staged in three pop-up 'pavilions' - at a new culture quarter at Edinburgh Park, Edinburgh Academy Junior School’s playing fields and Edinburgh University’s Old College quadrangle. And the festival’s opening weekend will see a ticketed three-day spectacle in the Royal Botanic Garden. Read about the hightlights of the programme HERE.

Edinburgh Festival Fringe: The first set of shows for the 2021 Fringe have now gone on sale at edfringe.com. Tickets for over 170 shows have been released, with more programme details set to be announced weekly in the run up to the Fringe (06 – 30 August). This year, for the first time ever, the programme features an exciting range of both online and in-person shows, with theatre, comedy, music, dance, musicals, variety, visual art, events and more represented. In addition to ticketed shows, the Fringe’s world-famous street events will be returning this August. More detailed information on registered shows, along with previews of future announcements from the likes of Assembly, Gilded Balloon, Dance Base, Pleasance, Laughing Horse Free Fringe Festival, C venues and Zoo, can be found HERE.

UPDATE [06/07/21]: Edinburgh International Book Festival: The Festival programme has been announced, with an aim to explore together how to move ‘Onwards and Upwards’ from this devastating pandemic. In their new home at Edinburgh College of Art the Festival has created three broadcast studios, two of which can accommodate limited audiences. These new facilities enable the festival to offer author conversations to worldwide audiences and to those closer to home who are unable to join us in person, as well as welcoming a limited In-Real-Life audience. Around half of our participants will appear in person in Edinburgh, while others join digitally from their homes around the world. Tickets for socially-distanced in-person events will go on sale from midday on 22 July. During the Festival dates, 14-30 August, audiences can enjoy more than 250 events for adults, children and families online, all available to watch on a Pay What You Can basis. You can read further detail HERE.

Edinburgh International Film Festival: Edinburgh International Film Festival is delighted to announce that it will return in a new and innovative form this summer running 18- 25 August 2021. Championing Scottish and UK filmmaking, the Festival will include physical screenings and events indoors in Filmhouse Cinema and outdoors with Film Fest in the City in St Andrew Square, in a rich and diverse programme celebrating the return to cinemas and the collective cinema experience. The festival will also be available to audiences across the UK through its online platform, Filmhouse at Home, where alongside the films viewers can access Q&As and hear first-hand the insights, experiences and passions of directors, filmmakers and actors. In addition, the Festival is collaborating with partners to widen its reach through a programme of presentations across Scotland, opening up access and inspiring curiosity in many who may previously not have been able to experience the Festival programme. The full programme will be announced on Wednesday 28th July. Read more HERE.

Royal Edinburgh Military Tattoo: Has announced the cancellation of its 2021 Show, with Chief Executive Buster Howes saying: “Despite the sense of optimism around the UK’s emergence from the Pandemic and our huge enthusiasm to stage a performance this year, it is now clear that the financial risks we confront in delivering The Royal Edinburgh Military Tattoo, at scale, on the Castle Esplanade in August are simply too great.  Consequently, it is with enormous regret and disappointment that we announce the cancellation of the 2021 Royal Edinburgh Military Tattoo. We have for months forensically monitored, assessed and sought to mitigate the constraints and uncertainties involved in mounting our Show. However, we now reluctantly conclude it would be irresponsible to press on and to risk the longer-term financial viability of our Charity, without the ability to underwrite and to offset the potential, substantial economic losses associated with last-minute cancellation obliged by changes in public health policy...... Tickets for 2021 will be refunded in full: for those wishing to join us next year, tickets can be transferred to 2022." The full statement can be read HERE.

Scottish International Storytelling Festival: The dates have been set [15 to 31 October] and as is usual, programme announcements will not be made until later in the year.

Edinburgh's Hogmanay: The online edition of the 2020/21 programme has just finished - you can watch and read all about it HERE - and the team are taking a well earned break before they turn their attention to the programme which traditionally commences on 30th December.