2020 was not the year we were all expecting but our Festivals still managed to create an extraordinary series of experiences in both the real and digital worlds, and here we take a look across the 12 months of 2020 in 20 images. 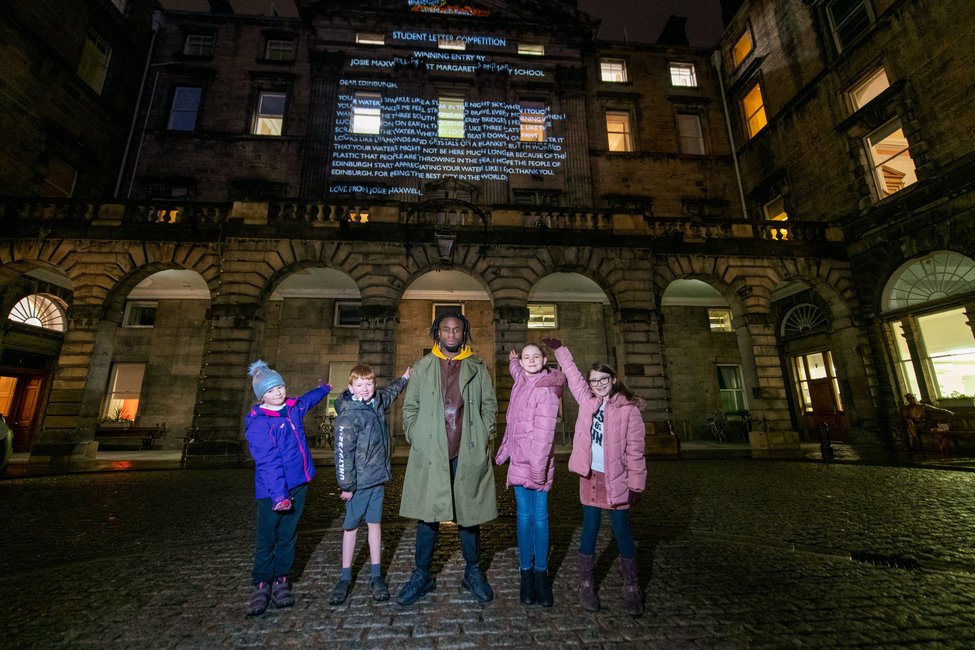 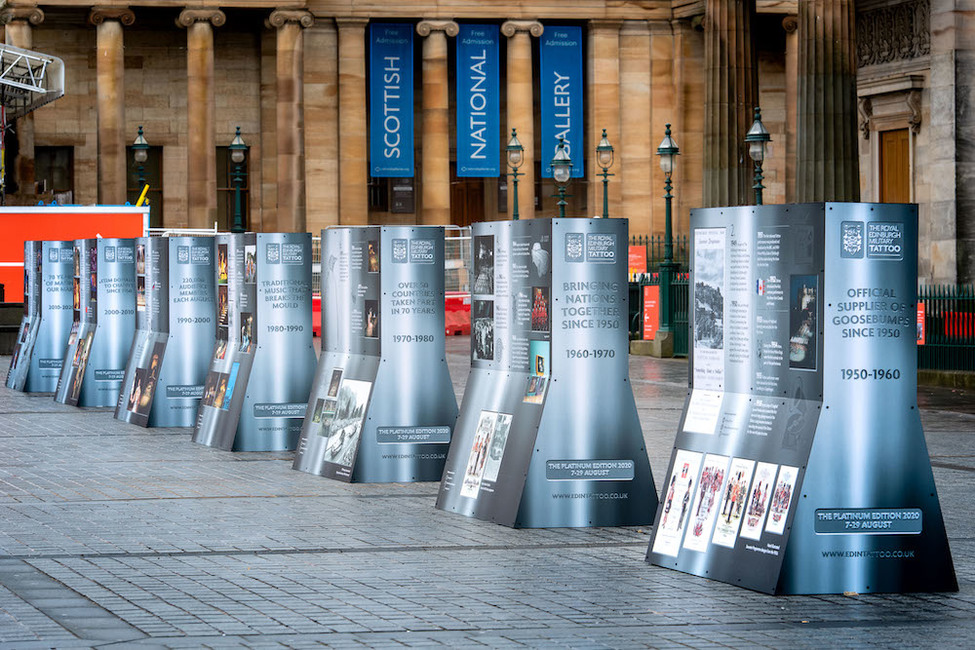 February: The Royal Edinburgh Military Tattoo unveiled a new, free outdoor photography exhibition in the city centre providing an opportunity to explore a vast collection of rare archive photography from the event’s 70-year history, accompanied with stories of famous guests, performances and images of souvenir brochures. 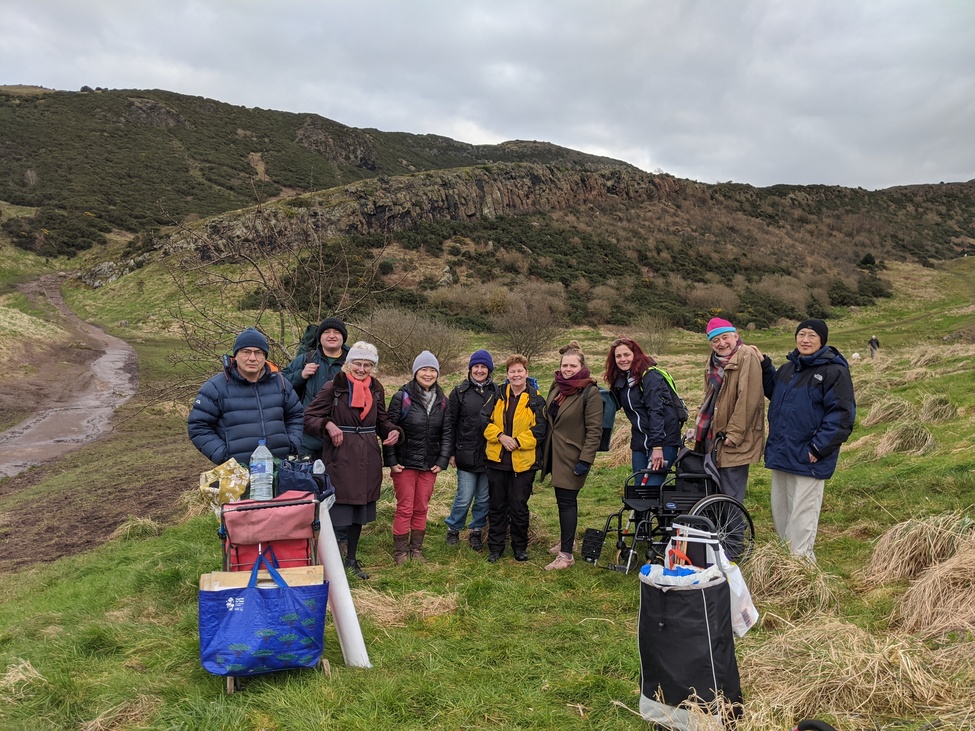 March: Every year our Festivals engage with countless schools and communities across the city and one of the last real world encounters, before the first lockdown moved most things online, was with the Wester Hailes Art Group - comprising local residents associated with WHALEArts and people living in the South West of Edinburgh - who came together for a creative trip led by Edinburgh Art Festival. 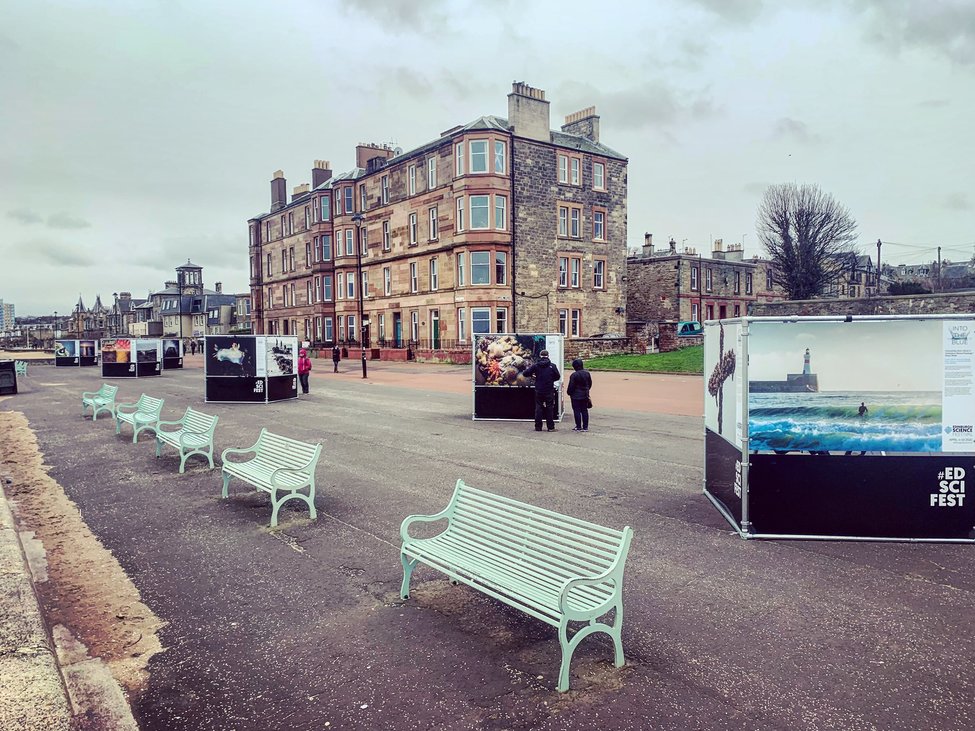 April: In celebration of Scotland's Year of Coasts and Waters, a large-scale outdoor photography exhibition - Into The Blue - was created in Portobello as part of the Edinburgh Science Festival to tell the story of our coastlines' scale and majesty, their biodiversity and potential as well as the threats they face. 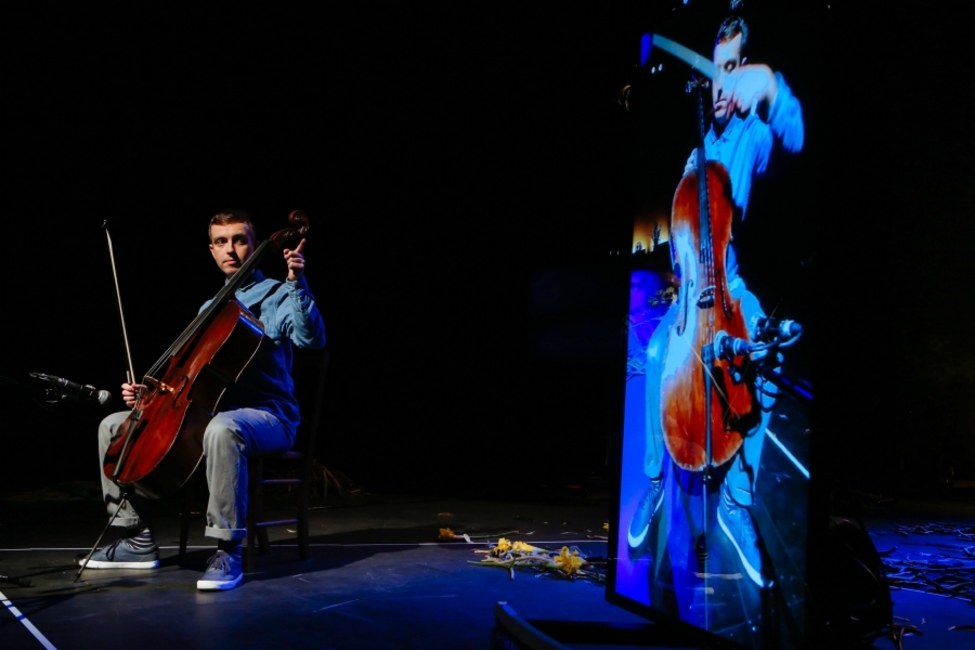 May: During the Edinburgh International Children's Festival award-winning performance artist, cellist and composer Greg Sinclaired performed A Piece of You, an intimate and interactive show for one child and their family that turned their thoughts and feelings into a score especially for them. 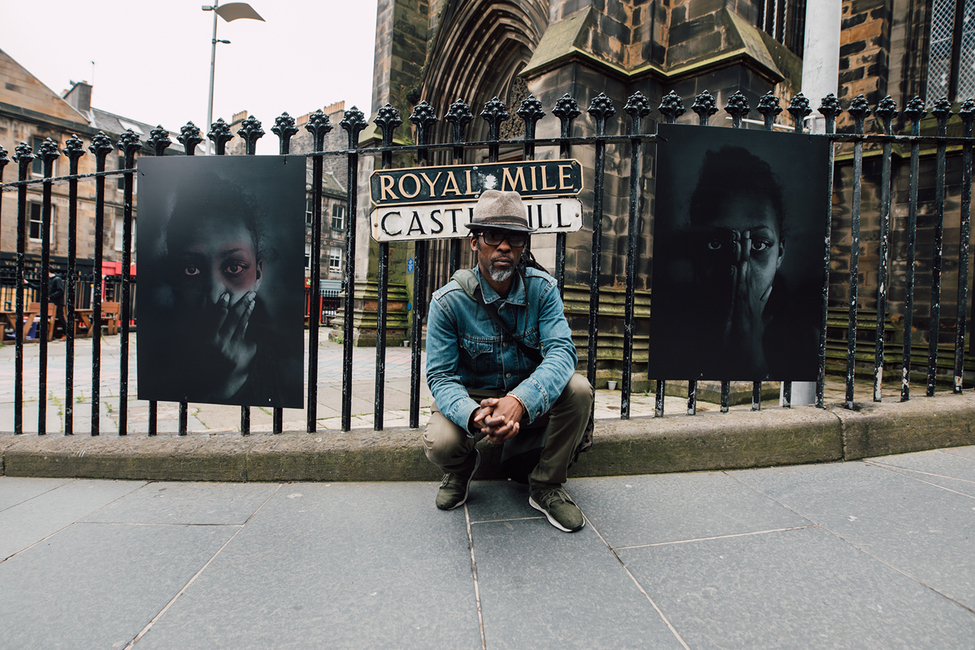 June: Festival Centre The Hub became one of the first sites to host an exhibit as part of the Scotland-wide #BlackLivesMatter Mural Trail, led by former Edinburgh International Festival Programme Associate Wezi Mhura, with a series of photographs taken by Jamal Yussuff-Adelakun with his daughter Lola as the model. [photo credit: Ryan Buchanan] 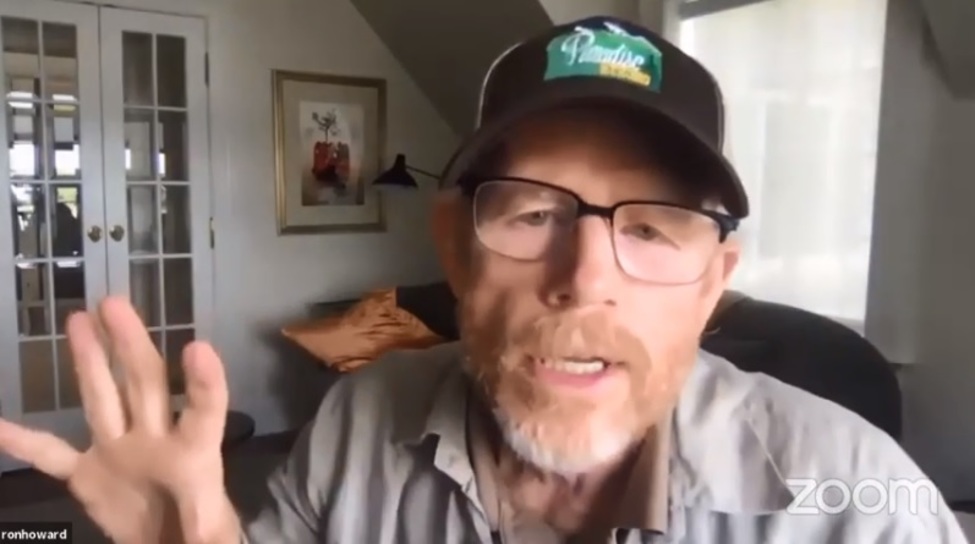 June: The UK premiere of Rebuilding Paradise - a moving documentary that chronicles the post-fire lives of the residents of Paradise, California, which was 95% razed to the ground inNovember 2018 - took place as part of #edfilmfestathome and we were joined for a Q&A session by its Director, the multiple Oscar-winner Ron Howard. 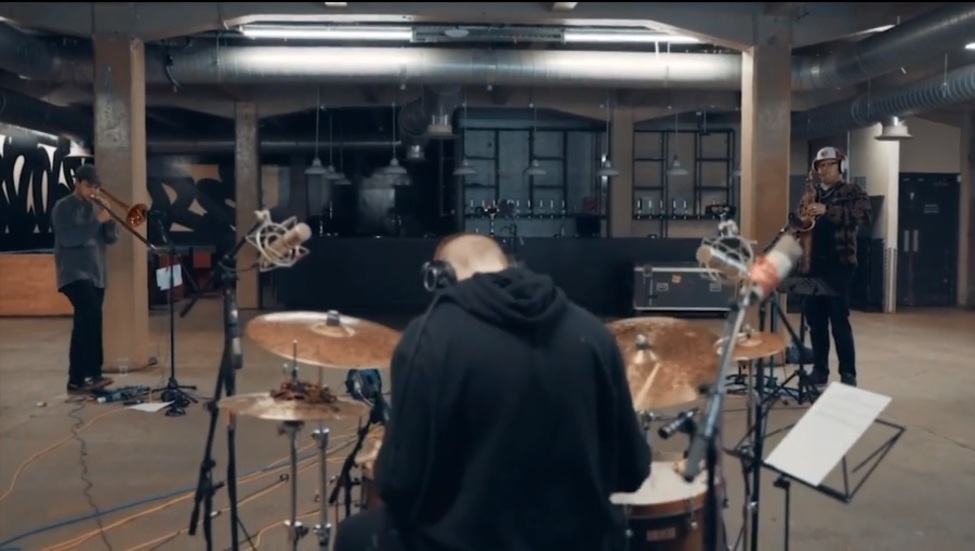 July: With a new live set and online performance for the Edinburgh Jazz & Blues Festival, AKU!’s explosive sax-trombone-drums line-up, featuring three of Glasgow’s most exciting young talents, played a mix of their own material of hard hitting heavy originals and covers of artists like Shabaka Hutchings, Fela Kuti and Young Fathers! 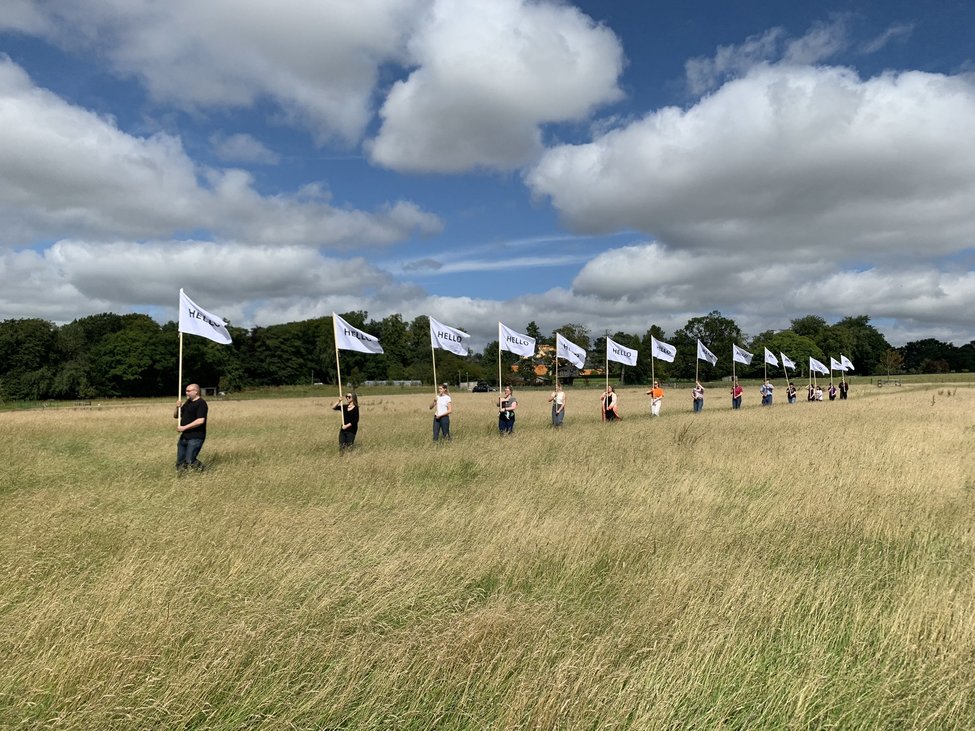 July: As part of the Edinburgh Art Festival Jupiter Artland took part in artist Peter Liversige's Flags for Edinburgh commission which invited organisations and communities in Edinburgh to send a collective greeting to each other and the wider world; by flying HELLO flags across the city as we looked to find new ways to be together. 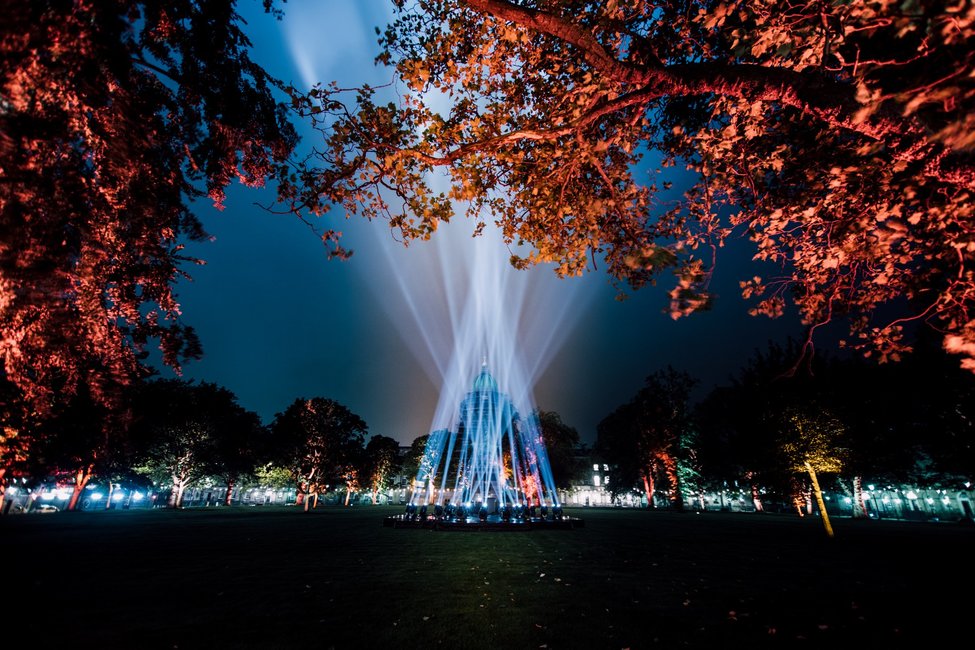 August: During the first weekend beacons of light were visible each night from vantage points across the capital in a dazzling display created by Scottish lighting designers Kate Bonney and Simon Hayes for the Edinburgh Internatioanl Festival, inspired by the tradition of the theatre ‘ghost light’ in which a light is always left on. [photo credit: Ryan Buchanan] 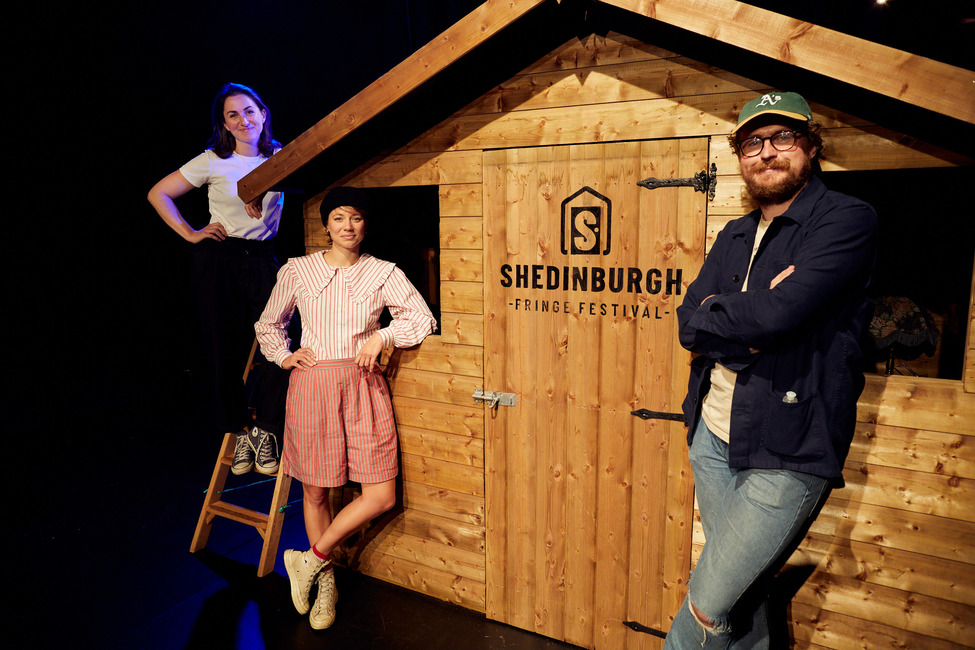 August: Amongst the many responses to the cancellation of the Edinburgh Festival Fringe, Shedinburgh generated huge interest, maybe because of the idea [put on your show in a shed] or the people behind the concept [including theatre star Gary McNair and Fleabag producer Francesca Moody] or maybe just because of the corny pun in the title. [photo credit: Peter Dibdin] 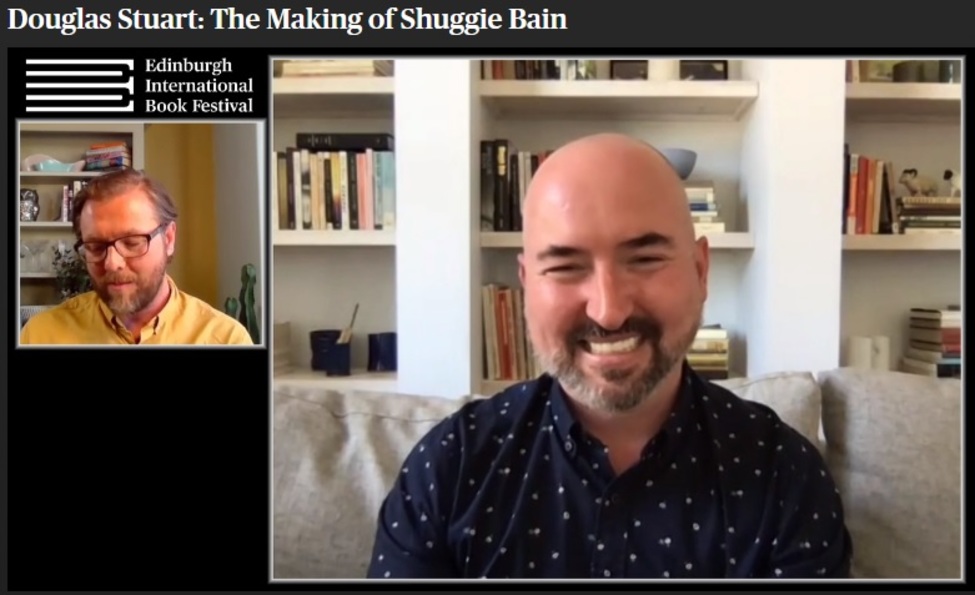 August: Douglas Stuart joined Damian Barr at the online Edinburgh International Book Festival to discuss his debut novel The Making of Shuggie Bain, about a boy in 1980s Glasgow trying to support his mother as she struggles with addiction & poverty, which would go on to win the 2020 Booker Prize later in the year. 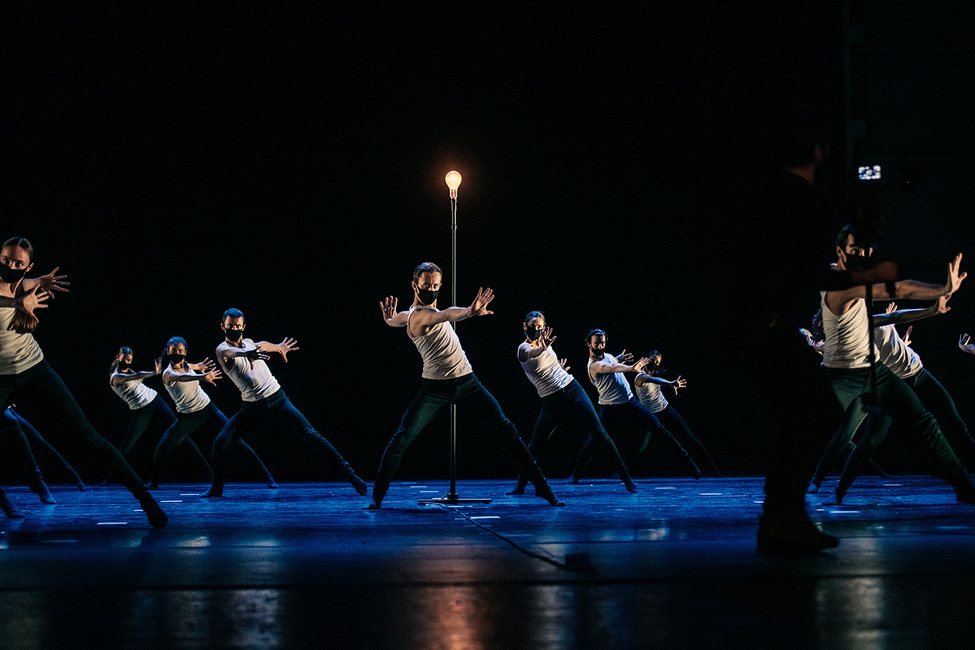 August: Edinburgh International Festival commissioned some of Scotland’s major national artistic companies to create works that audiences could enjoy at home, with emerging choreographer Nicholas Shoesmith presenting the world premiere of Catalyst performed by Scottish Ballet on the Festival Theatre’s empty stage in a gesture of creative resilience. 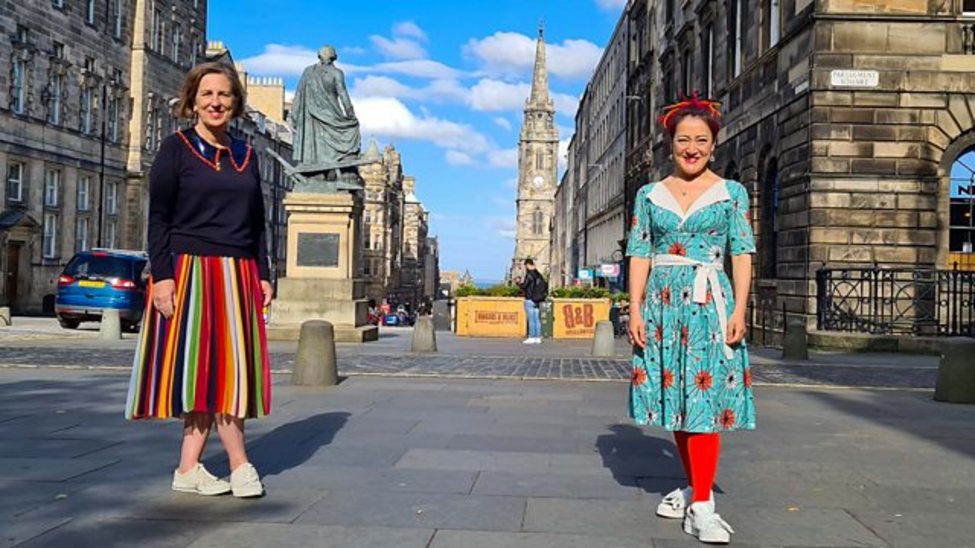 August: The Festivals may not have taken place as usual in August, but the BBC broadcast an hour long programme of specially commissioned performances celebrating Edinburgh’s enduring festival spirit, presented by Kirsty Wark and classical musician Su-a Lee [pictued on what would normally be a culturally bustling Royal Mile] and also featuring world-class writers, comics and musicians looking back on some of their legendary appearances. 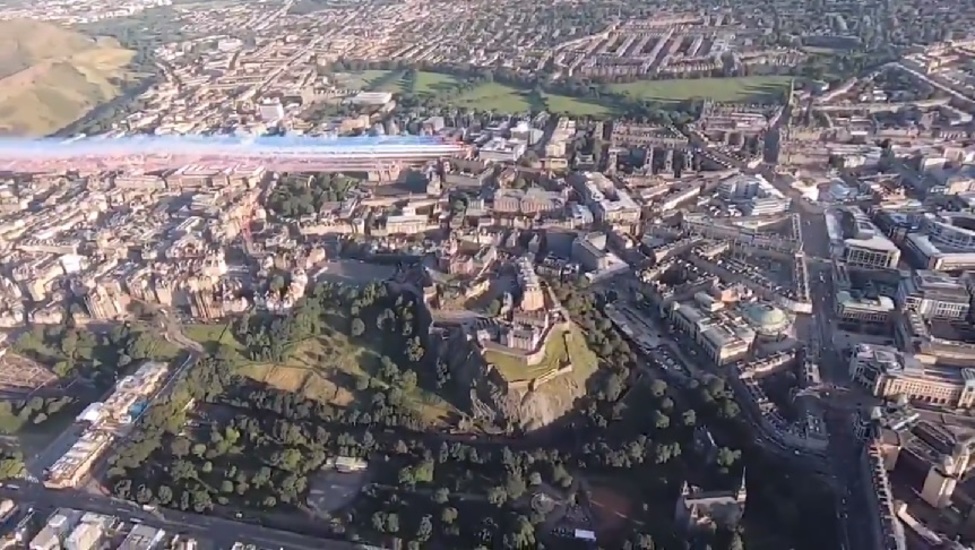 August: With very little fanfare – due to the need to avoid crowds gathering in light of current restrictions – the RAF Aerobatic Team, the Red Arrows, swooped down for a jaw-dropping flypast over Edinburgh to support the Royal Edinburgh Military Tattoo. [photo credit: Corporal Adam Fletcher] 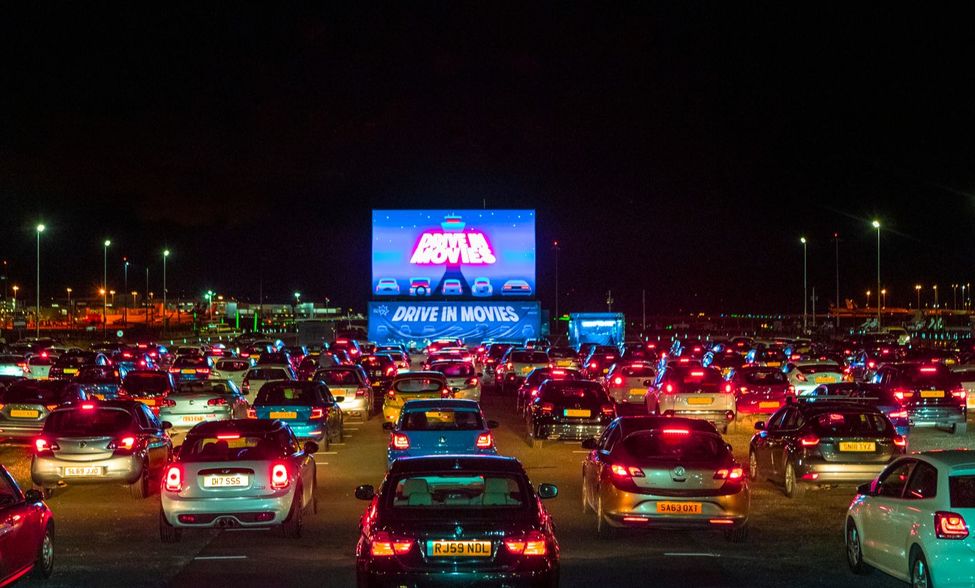 September: Edinburgh International Film Festival and Unique Events, the team behind the capital's successful 'Film Fest in the City' outdoor cinema events, teamed up to produce special events at Edinburgh Airport for those missing their regular cinema outings, with the events starting with a Kids Club, then Family Favourites, followed by an evening Blockbuster and finally a late-night screenings of Cult Classics. 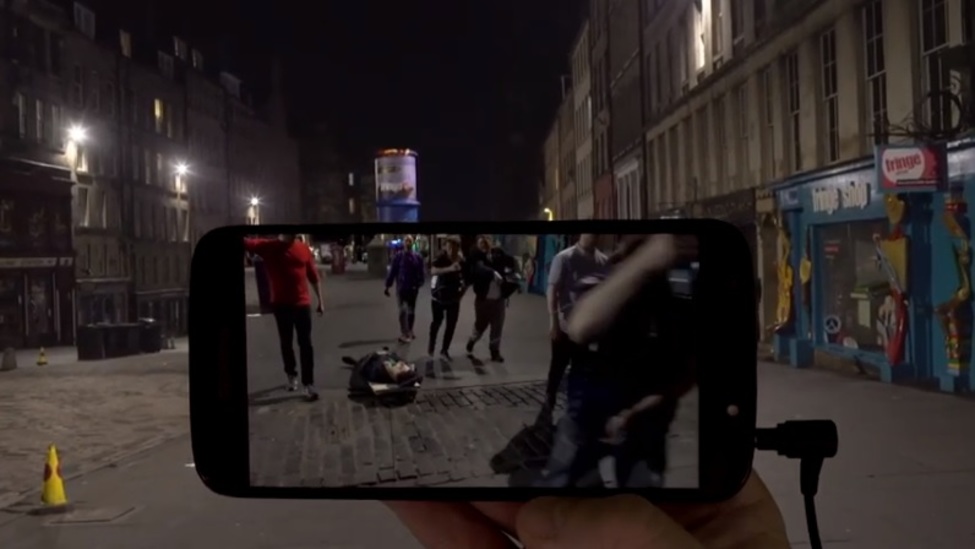 September: Janet Cardiff and George Bures Miller’s Night Walk for Edinburgh - an extraoridnary AR experience originally commissioned by the Fruitmarket Gallery, as part of the Edinburgh International Festival & Edinburgh Art Festival - was reimagined for our current times through a bespoke app that let people download a HD version of the film on their phones that could only be watched in a specific location at an allocated time. 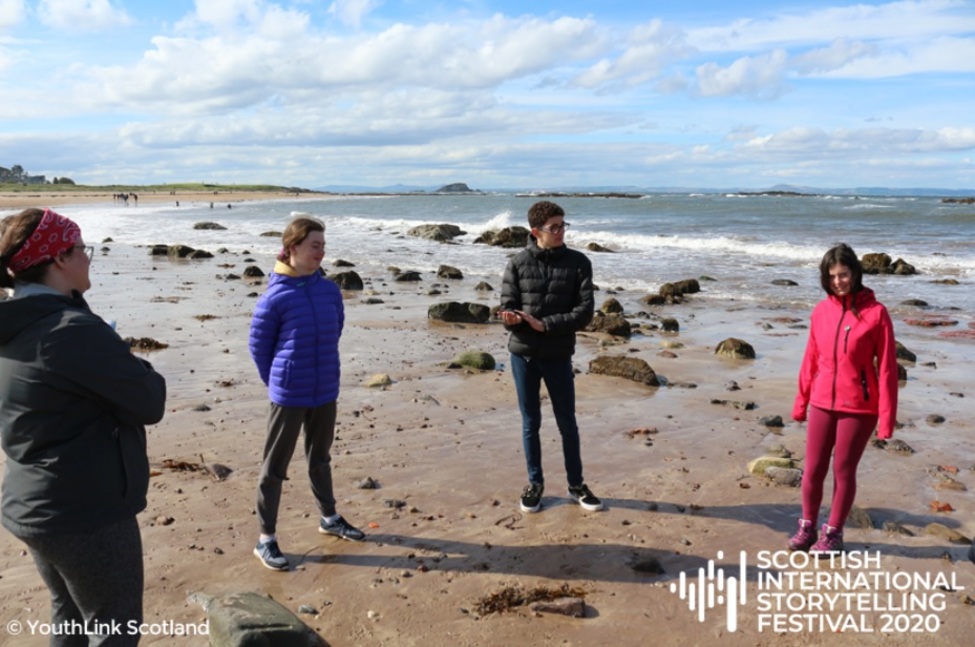 October: The young researchers from On Our Wave Length, a youth-led research project examining environmental impacts in their coastal communities, share their findings and learning as part of the Scottish International Storytelling Festival's Global Lab which offered inspiring examples of creative practice in the arts, education and frontline activism. 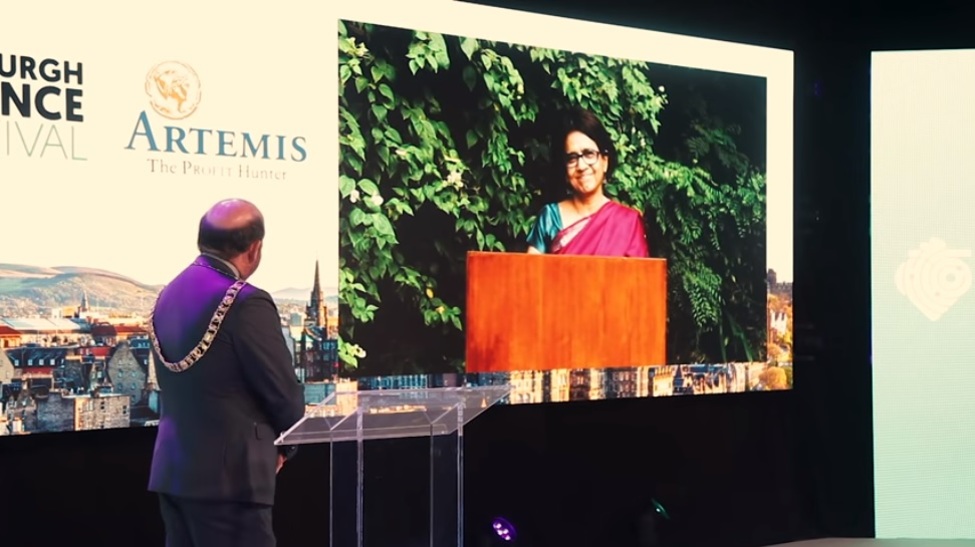 November: The prestigious Edinburgh Medal is awarded each year, during the Edinburgh Science Festival, to those professional achievements have made a significant contribution to the understanding and well-being of humanity - and the 2020 Edinburgh Medal, was awarded by the Lord Provost to Sunita Narain, the Delhi-based environmentalist and activist. 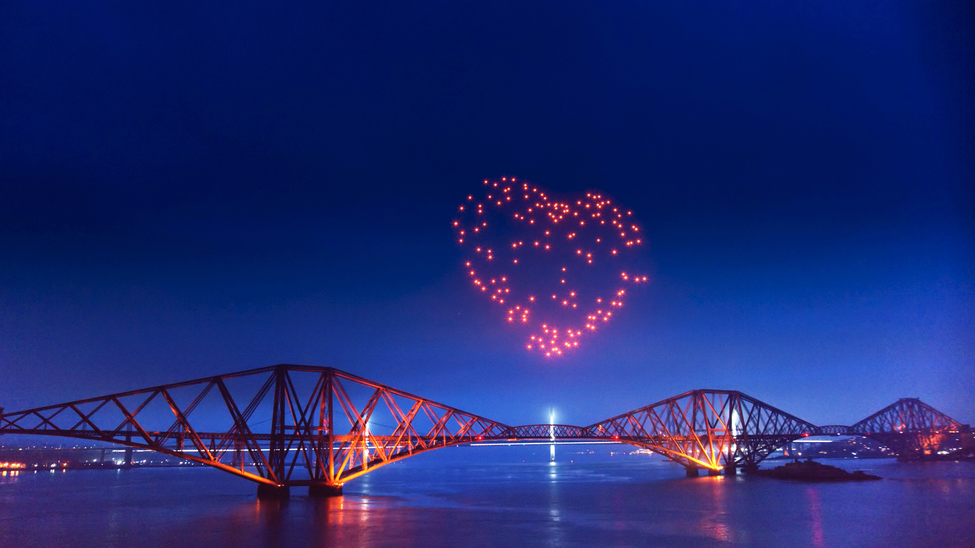 December: Created as a reflection of the year that’s gone and a hope for the future, Edinburgh’s Hogmanay brought to life an exciting new piece of writing by award-winning poet and Scots Makar, Jackie Kay - Fare Well - which took viewers on a breath-taking visual journey with the help of 150 individual drones, creating Scotland’s first ever large-scale drone show and the largest drone show ever seen in the UK.