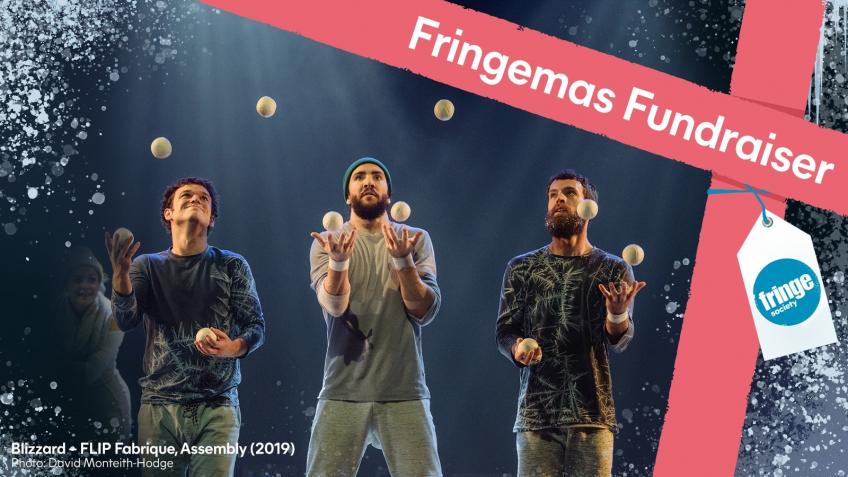 The Edinburgh Festival Fringe Socirty has just launched their Fringemas Fundraiser: a new Crowdfunder campaign which aims to raise £25,000 to support our work as a charity.

Following on from a very difficult year, in which the festival was unable to go ahead as planned, they're aiming to raise £25,000 to help support the work of the Fringe Society.

The Fringe Society is a charity that exists to support everyone who wants to participate in the Fringe. They are currently raising vital funds to allow them to help bring back the festival in 2021, to provide information and assistance to audiences, and to help them keep connecting young people in Edinburgh with the arts.

Raffle prizes in the crowdfunder include:

In addition to the selection of alumni goodies on offer, supporters can donate in return for a trio of Fringe Christmas baubles.

To find out more about the fundraiser, and to donate, please visit crowdfunder.co.uk/fringemas-fundraiser.

How the funds will be used to support their work

The impact of the Fringe not taking place in 2020 has been enormous. Thousands of artists, venues and creatives rely on this important festival every year, and at the Fringe Society, they’ve been doing everything they can to help ensure the Fringe survives, stabilises and strengthens.

Funds raised via this crowdfunding campaign will go to the Fringe Society, the charity that underpins the Edinburgh Festival Fringe, so that they can continue working towards their charitable objectives.

The Fringe Society is committed to creating a more accessible and inspirational Fringe in order to foster a lifelong passion for the arts among Scotland’s young people and communities, and champion creative learning in schools and colleges.